They did it to support Faith Hopkins, as she recovers at a Little Rock hospital after a car crash took both her parents’ lives on Highway 7 Tuesday night. 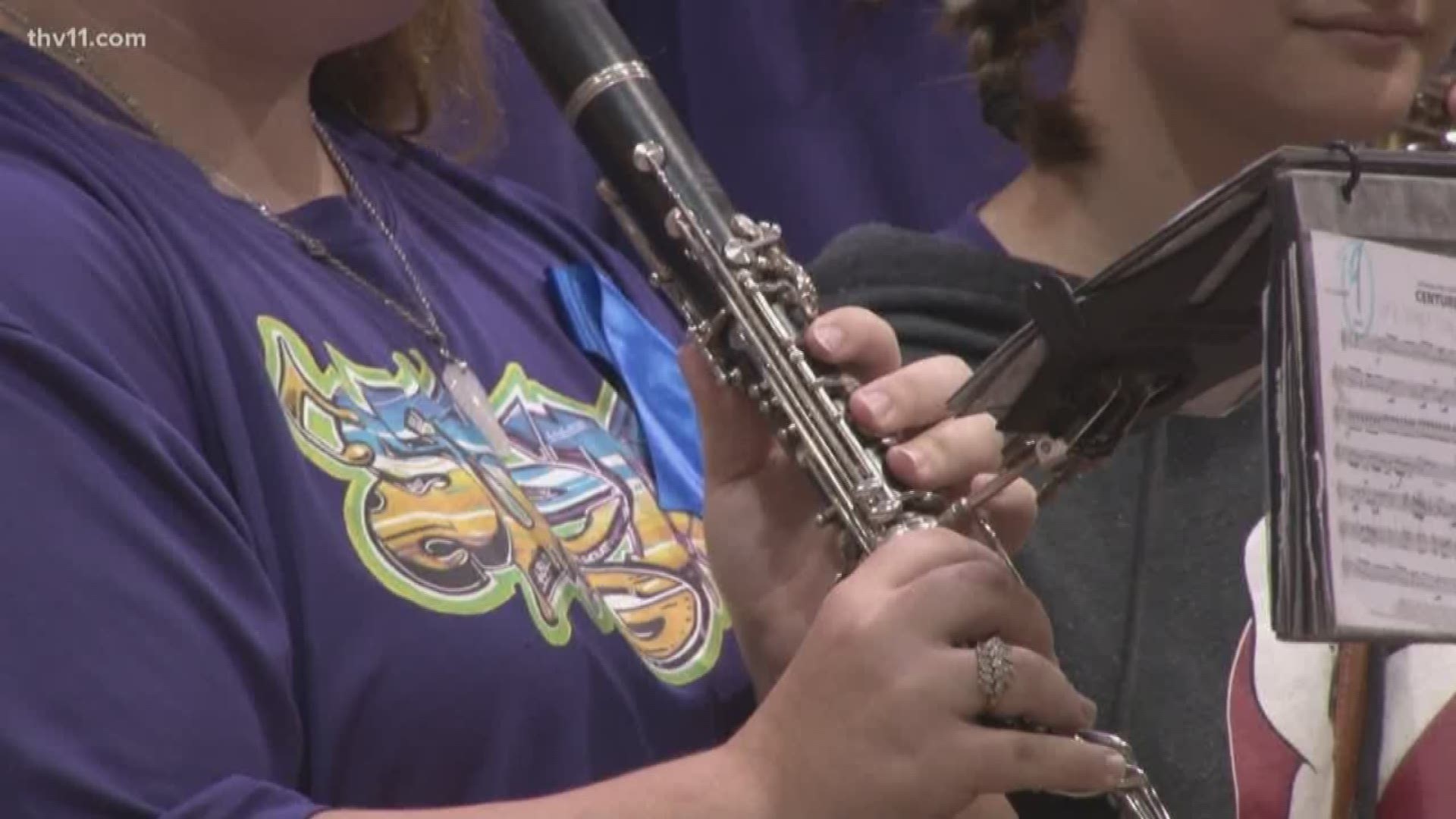 GURDON, Ark. (KTHV) -- There was plenty of purple and gold in the Gurdon grandstand Friday night, with the visitors from Haskell Harmony Grove across the field in cardinal red.

But members of both bands are wearing blue ribbons of their rival school Bismarck. They did it to support Faith Hopkins, as she recovers at a Little Rock hospital after a car crash took both her parents’ lives on Highway 7 Tuesday night.

Hopkins had been on her way home from a band competition when the crash happened. Shortly after the crash, Bismarck band director Michael Copeland spread the word to his colleagues at other schools in the area. They jumped to action quickly, with the program heads at Gurdon, Harmony Grove, Mountain Pine and Prescott all offering to wear blue ribbons at their Friday games.

“We decided to take that a step further and show that we're all a big band family,” said Josh Jackson, band director at Harmony Grove. “We wanted to show our love and support for this young lady that had her life suddenly changed.”

“We can't do anything in the world that will bring those parents back, but the thing that we could do is try to help her with monetary needs,” said Devin West, the band director at Gurdon, where a halftime ceremony raised $1,436. “We can just to show her that she is so loved by so many.”

West’s students wanted to help while working through the shock.

“Bands are so close together and they're a family,” said Ashley Olivas, a sophomore saxophone player for Gurdon. “Knowing that someone is going through something so tragic it hurts and you could feel their pain definitely.”

Copeland told his colleagues that Hopkins had successful surgery on her legs and is able to use a wheelchair. There is hope she can return home this weekend. Funeral arrangements are still being worked out for the teen's parents.