Tyler police say if the person(s) is found, they will be charged with criminal mischief. 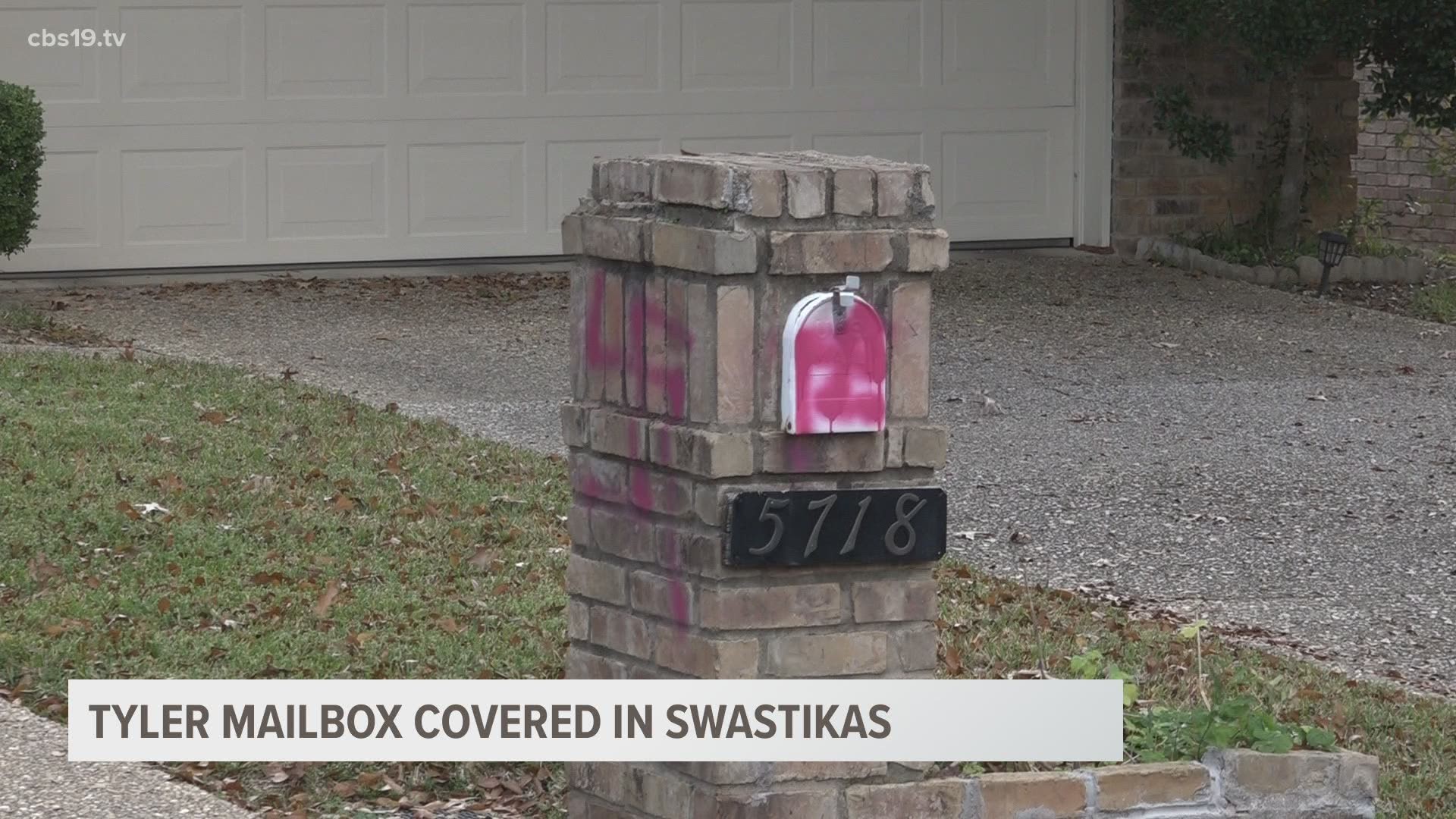 There are many symbols in our country that represent hate but few are as recognizable as a swastika. Sunday morning, Anna and Bill Brown woke to find three swastikas painted on their mailbox and another on their Joe Biden and Kamala Harris campaign sign.

The couple says they had been having problems arise since placing a Joe Biden campaign sign outside their home. Two signs had already been stolen in addition to lights and flowers. Despite this, they never imagined this type of symbol would be spray-painted on their property.

"There are fifteen houses on this block," Anna said." "How can they just pick at my house?"

Bill is a Vietnam veteran and for this to happen to them just a few days before veterans day, he says it feels like a slap in the face.

"Who would have thought that this kind of hate still existing in today in 2020," Bill said.

Despite what's happened the support of their neighbors has helped them get through the worst of it. They have been touched by the gestures that they have shown such as one person writing "love thy neighbor" outside their home.

"It's upsetting, first of all, there are people in this world that still possess that kind of hate," neighbor Justin Hooper said. "It's also upsetting that, you know, this kind of stuff is going on in our neighborhood."

"I am so sorry that this happened to you and I've got your back," neighbor Donna Dickerson said.

Today, a friend of the couple came over with a power washer to help get rid of the symbols.

They are still both upset about what happened but more than anything they want to raise awareness that this kind of hate is out there.

"The only way we can conquer hate is to show love," Anna said.

The Tyler Police Department says they have no suspects and no video of the incident, but if anyone does know anything please contact them. If the person(s) is found, TPD says they would be charged with criminal mischief.

Amy Ames and her husband saw what happened to their long-time neighbors in Tyler. She is trying to spread a message of love over hate. This just in: https://t.co/iqrdxcEXgA

RELATED: Neighbors on opposing sides of politics show love can still live between them