They said they'd be able to provide food to the first 5,000 cars. 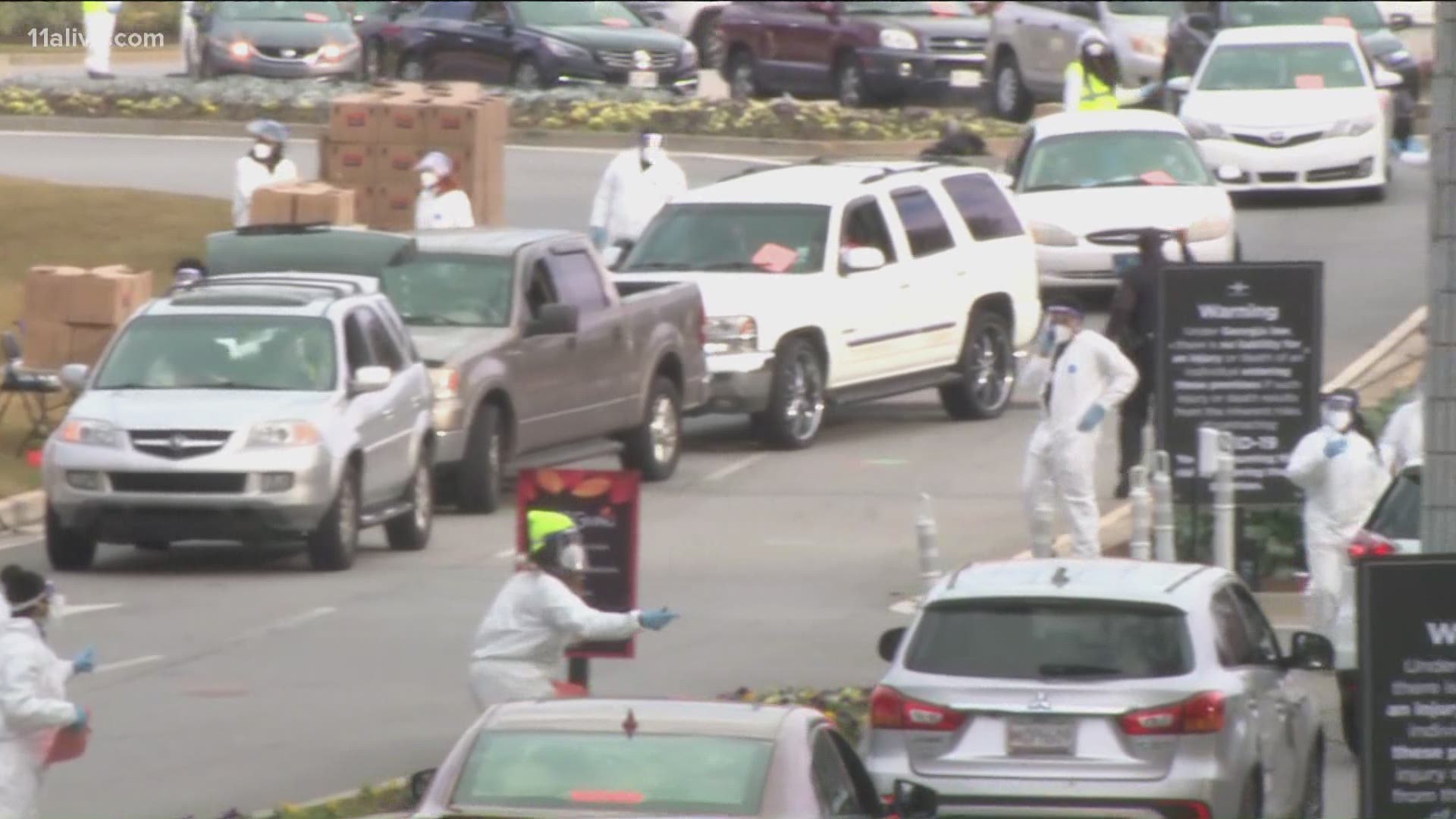 ATLANTA — People waited in their cars for hours on Sunday to get some help from a man who is giving back to his community time and time again. Many arrived as early as last night.

Tyler Perry Studios hosted its #TPSGiving food giveaway drive-up event where volunteers in protective equipment were handing out the non-perishable food items and gift cards to people in need.

They said they'd provide food to the first 5,000 cars that came through. And that didn't last long at all. Just before 10 a.m., they were out of food. They continued to hand out gift cards, though. The event was originally scheduled to run until Noon.

Traffic was backed up for miles in all directions around the studio in southwest Atlanta as people tried to make their way to the event. At one point, the line stretched for 5 miles south of downtown Atlanta, according to the Associated Press.

Tyler Perry Studios is located at the former Fort McPherson army base.

Traffic backed up for miles for the #TPSGiving food giveaway event at Tyler Perry Studios in Atlanta. https://t.co/aRqt4VxEPZ pic.twitter.com/2uIBTYWIsX

Tyler Perry, himself, was once homeless, and openly speaks about his experiences on the road to becoming a billionaire.

In September of this year, Forbes magazine reported that Perry has earned more than $1.4 billion since 2005, with a fortune that includes homes, planes, and his mega-production studio in Georgia.

Perry has constantly supported various civil rights causes and has inspired thousands with his random acts of kindness. During the pandemic, he has given back to local residents and has offered tons of wisdom on his personal social media channels.