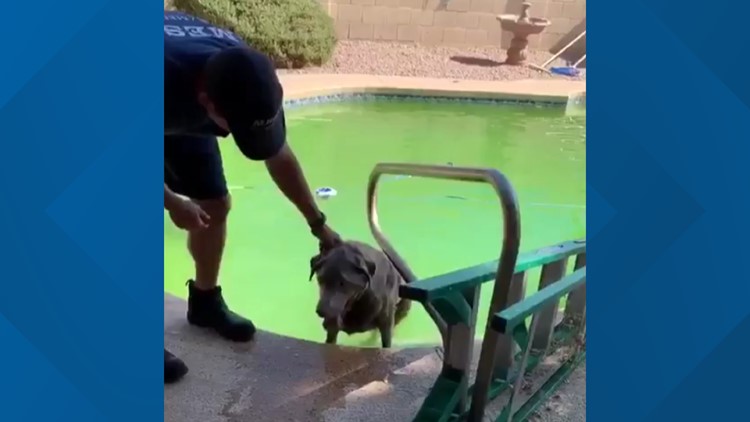 MESA, Ariz. — An 11-year-old lab got himself into a quite the precarious predicament this week, but Mesa firefighters were there to help.

The department tweeted a video of firefighters lifting the dog named Saber out of his owner's pool. The elderly dog was unable to get out on his own without getting hurt. The tweet said he has nerve damage.

The video shows one firefighter climbed into the pool to lift him out while another held onto his collar.

When they got him out, the owner was nearby with a towel and a few backrubs for Saber.