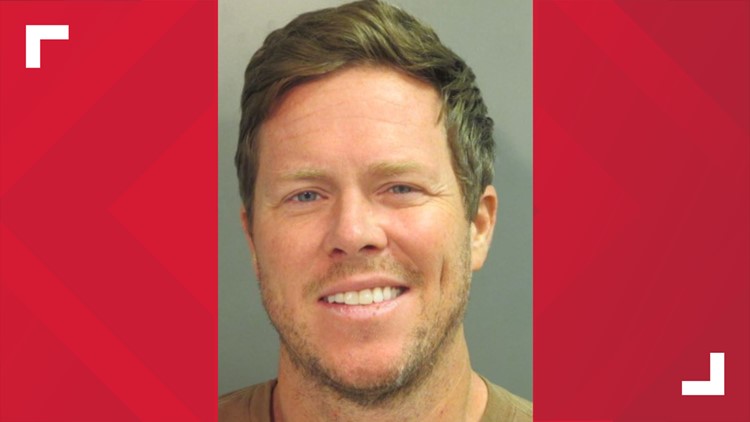 PHOENIX — There is no evidence that Paul Petersen neglected his duties as Maricopa County assessor, according to an investigative report commissioned by the county to support Petersen's four-month suspension for neglect of duty.

"We did not find evidence that Mr. Petersen failed to fulfill any particular statutory obligations of the county assessor," according to the 55-page report by the Phoenix law firm Mitchell Stein Carey Chapman.

"People we interviewed generally had positive impressions of Mr. Petersen's leadership of the office," the report says.

The report does recommend grounds for upholding the suspension, tied to Petersen's alleged violations of county policies.

12 News obtained a copy of the report Thursday, before its release Friday by the Maricopa County Board of Supervisors.

The County Board voted unanimously in late October to suspend Petersen for neglect of duty after his arrest three weeks earlier on five-dozen felony charges of fraud and human smuggling, connected to his adoption business.

Petersen has entered not-guilty pleas to the charges in Arizona, Utah and Arkansas.

State law gives Petersen, a Mesa Republican up for re-election in 2020, the right to appeal his suspension from the $77,000-a-year job.

How was Petersen spending his time?

The investigative report contradicts a widely cited county audit that indicated Petersen spent most of his time at the assessor's office on his personal legal work.

The audit found that almost 90% of 1,500 documents reviewed on Petersen's work computers were tied to his legal work, much of it for his adoption practice.

County Board Chairman Bill Gates has pointed to the audit as evidence of Petersen's neglect of duty.

RELATED: Petersen drags top county officials into legal battle to get his job back

But investigators found just 1% of the documents on Petersen's work computers – 856 of the 61,532 documents reviewed – were related to Petersen's law firm or his adoption business.

Investigators' interviews found "no one expressed concern that Mr. Petersen's law practice was distracting Mr. Petersen from his county duties. No one witnessed him working on law-related matters at the office."

How the board could uphold a suspension

The investigative report does suggest three avenues the board could pursue to uphold the suspension.

Use of technology: The board could construe Petersen's use of county technology for his legal work as neglect of duty.

"Mr. Petersen’s extensive use of county technology resources during office hours, while physically present in the county assessor’s office, for his private law practice, is explicitly forbidden by the applicable policies," the report says.

"The investigation confirmed that he created and saved in excess of 800 documents relating to his private law practice on county computers, while in his county office, during work hours. And, significantly, he did so with full knowledge that county policies expressly forbid the use of county computers for private business purposes.:"

20 days in jail: Petersen was jailed for 20 days after his October arrest, "largely unavailable and unreachable," according to the report. Petersen missed "a significant meeting" on an assessor's office project, the report says.

"There was no issue that arose during Mr. Petersen’s incarceration that required his attention," according to investigators. "He nevertheless would have been unable to respond in the event that there was a need for him to do so."

Failure to cooperate: Petersen's failure to fully cooperate with the investigation could also be construed as neglect of duty – a violation of Maricopa County Code of Conduct for employees.

"Mr. Petersen did not promptly respond to our request for an interview, did not provide any written materials to us, and did not return his county-issued laptop until after the attorney general’s office obtained a search warrant, leaving us unable to review its contents as part of this investigation," according to investigators.

Maricopa County Attorney Allister Adel outsourced the legal work for the Petersen investigation on Nov. 19 to Lee Stein, of Mitchell Stein Carey Chapman, for $515 an hour, and Grant Woods, also at $515 an hour.

Woods is overseeing the investigation; Stein and other lawyers at his firm are handling the day-to-day work.

How both sides are responding

"While the investigation is ongoing, the report presents a great deal of information that will be considered at Paul Petersen’s hearing next week. If the information exonerated Mr. Petersen, the Board of Supervisors would cancel the hearing. That is not the case.

"The Board voted to suspend Mr. Petersen based on these facts:

"Those facts are confirmed in the preliminary report, and they serve as the basis for the upcoming suspension hearing. The board looks forward to hearing Mr. Petersen personally address these facts next week, when he is afforded his fair chance to persuade the board that it erred when it suspended him on these two grounds."

"No matter how badly the Board of Supervisors wishes to overturn the decision of Maricopa County voters, facts are stubborn things and today’s report confirms what we have been saying for weeks: Paul Petersen is the duly elected assessor and, by all accounts, he has performed his duties well. Given the conclusions of the attorney paid by the county, we’re even more confident that a neutral tribunal would rule in our favor."

Langhofer has said he will sue the County Board if it upholds Petersen's suspension.

The County Board has scheduled a four-hour hearing on Petersen's appeal for 1 p.m. Wednesday, at the Supervisors Auditorium, 205 West Jefferson St.