Local store owners debate whether to diversify their businesses as the threat of regulations and bans loom over the vaping industry. 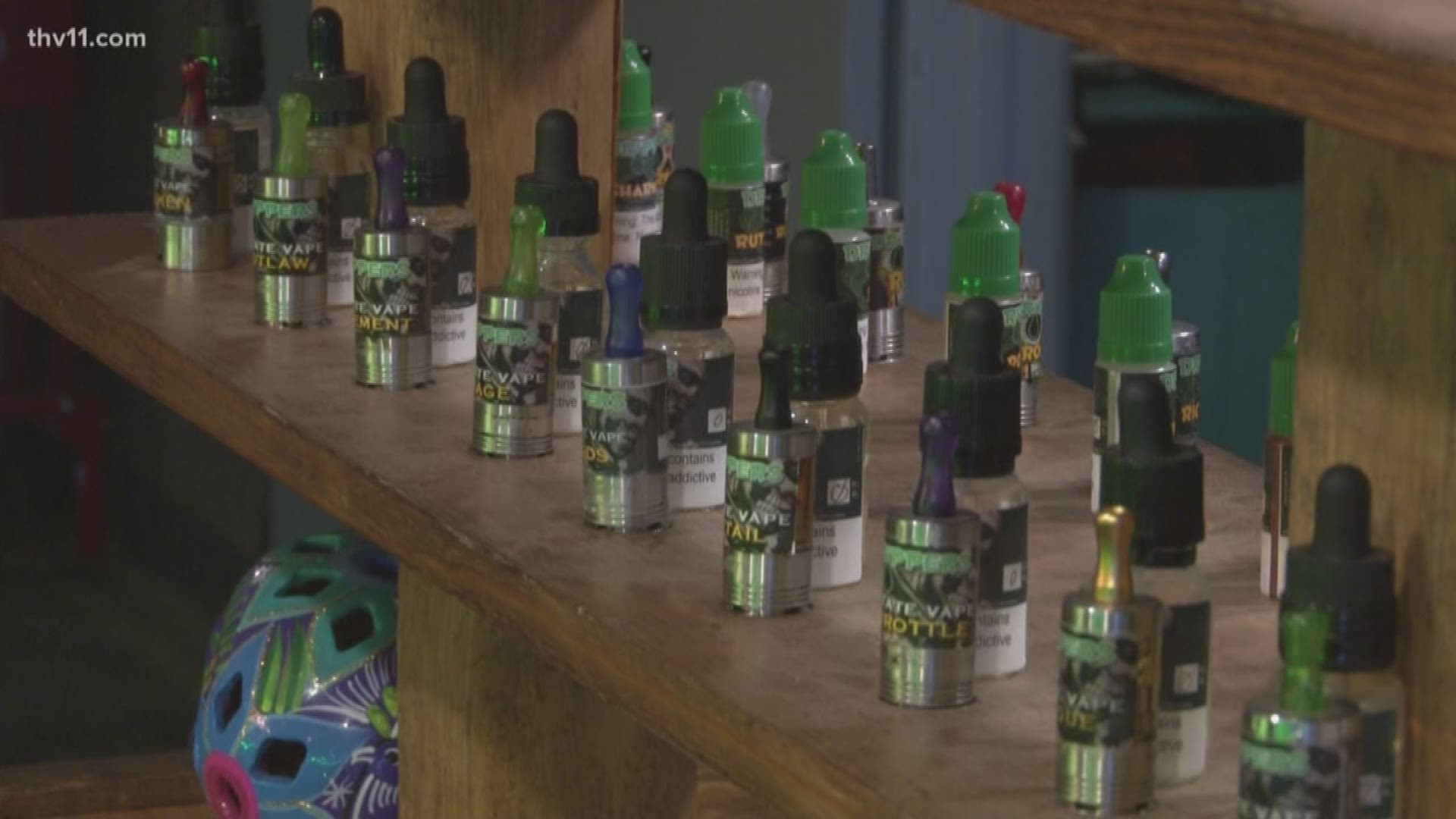 GREENBRIER, Ark. — As scientists try to figure out what’s causing so many people to get sick from e-cigarettes, the future of the vaping industry is up in the air. That means lots of local small business owners are making tough decisions.

“We had a dip in business because of the whole vape ban that (President) Trump was proposing,” Scout Stubbs, co-owner of Drippers Vape & Hemp Relief, said Tuesday.

The nationwide outbreak of vaping-related lung injuries that started in July threatened to end the sale e-cigarettes, with options discussed that included higher taxes, the elimination of flavored e-liquids, and the ban of vaping product sales, altogether. But Stubbs, who runs Drippers with her husband, did not want it to end their business.

“And so, we decided to go into something that was still harm reduction,” she explained. “We still wanted to help people quit smoking, but now we’re trying to help people cut down on a lot of their pharmaceutical products a natural way.”

Stubbs also serves as the secretary of the Arkansas Vape Advocacy Alliance, a lobbying and professional organization. She said a lot of the other members are considering changing their business models, too, to hedge against the uncertainty of the industry.

Drippers makes its own e-liquids as well as its own CBD products. It had already made some e-liquids that contained CBD oil, so Stubbs maintained it was not a huge leap to add lotions and other products.

“They’re both going against an established culture of Big Tobacco and Big Pharmaceutical,” she explained. “So, I think they go hand in hand.”

Stubbs said many in the industry are waiting to see how lawsuits and future legislation impact the future of vaping, but she said she still believes in vapor products and is optimistic that they will remain a way to help people quit smoking.

“If we just enforce the laws we already have, or maybe beef them up; have some marketing restrictions, have nicotine caps, there are solutions out there to combat youth usage that don’t involve banning adult products,” she said.

Approximately half the space in the Greenbrier store is devoted to hemp and CBD products, while the rest is filled with vaping products. Stubbs said vaping products still make up about 60 percent of its sales, but she now has a much wider client base.

“I was afraid, because a lot of people got scared by the whole ‘illegal THC cartridge’ news stories that happened over the summer, and there were deaths involved, sicknesses. It was very, very bad,” she said. “But the more people started to realize, oh, this is more associated with the illegal products and not the legal e-liquid, then they’re a little more susceptible to come in the store and say, ‘hey, I know that it’s not you that’s poisoning people.’ So, we have the trust of our community back.”