VERIFY: Can you legally carry a gun while wearing a face mask in Arkansas?

"If you have a concealed handgun permit or you openly carry and you wear a mask, will you get a felony charge?" 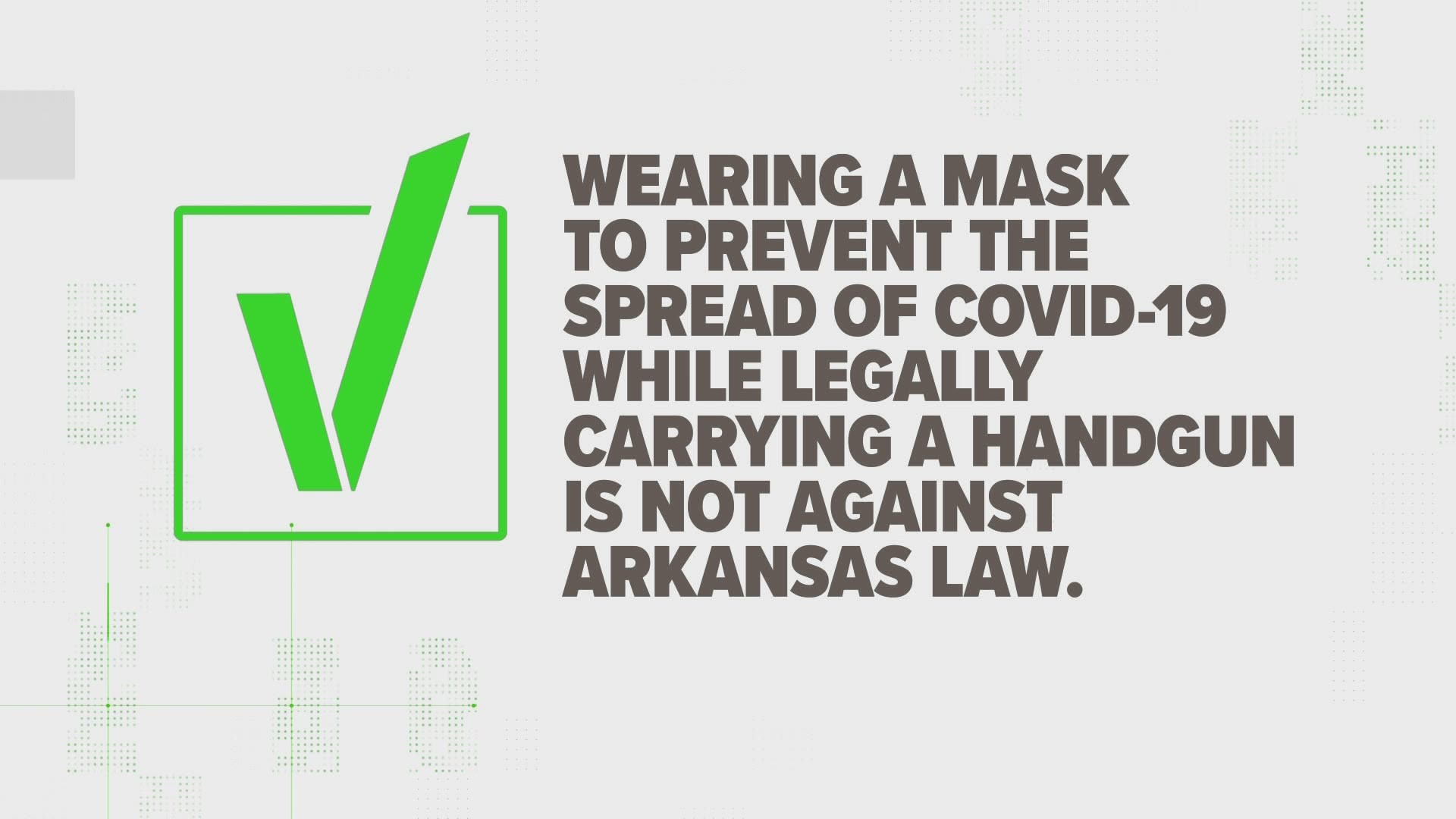 As soon as Governor Asa Hutchinson announced his executive order, the questions started rolling in, with people wanting to know what they can and can't do while wearing a mask.

One THV11 viewer reached out to our Verify team asking, "If you have a concealed handgun permit or you openly carry and you wear a mask, will you get a felony charge?"

We reached out to the Arkansas State Police for answers.

An ASP spokesperson says according to concealed carry license statutes and administrative rules, there is nothing that prohibits a licensee from wearing a mask, especially one designed to diminish the threat of spreading disease.

So we can verify, wearing a mask to prevent the spread of COVID-19 while legally carrying a handgun is not against the law in Arkansas.