One central Arkansas voter is paying close attention to the candidates running for Arkansas's second congressional district. He wants to know if a French Hill ad claiming Hollywood is pouring money into Clarke Tucker's campaign is true or false. 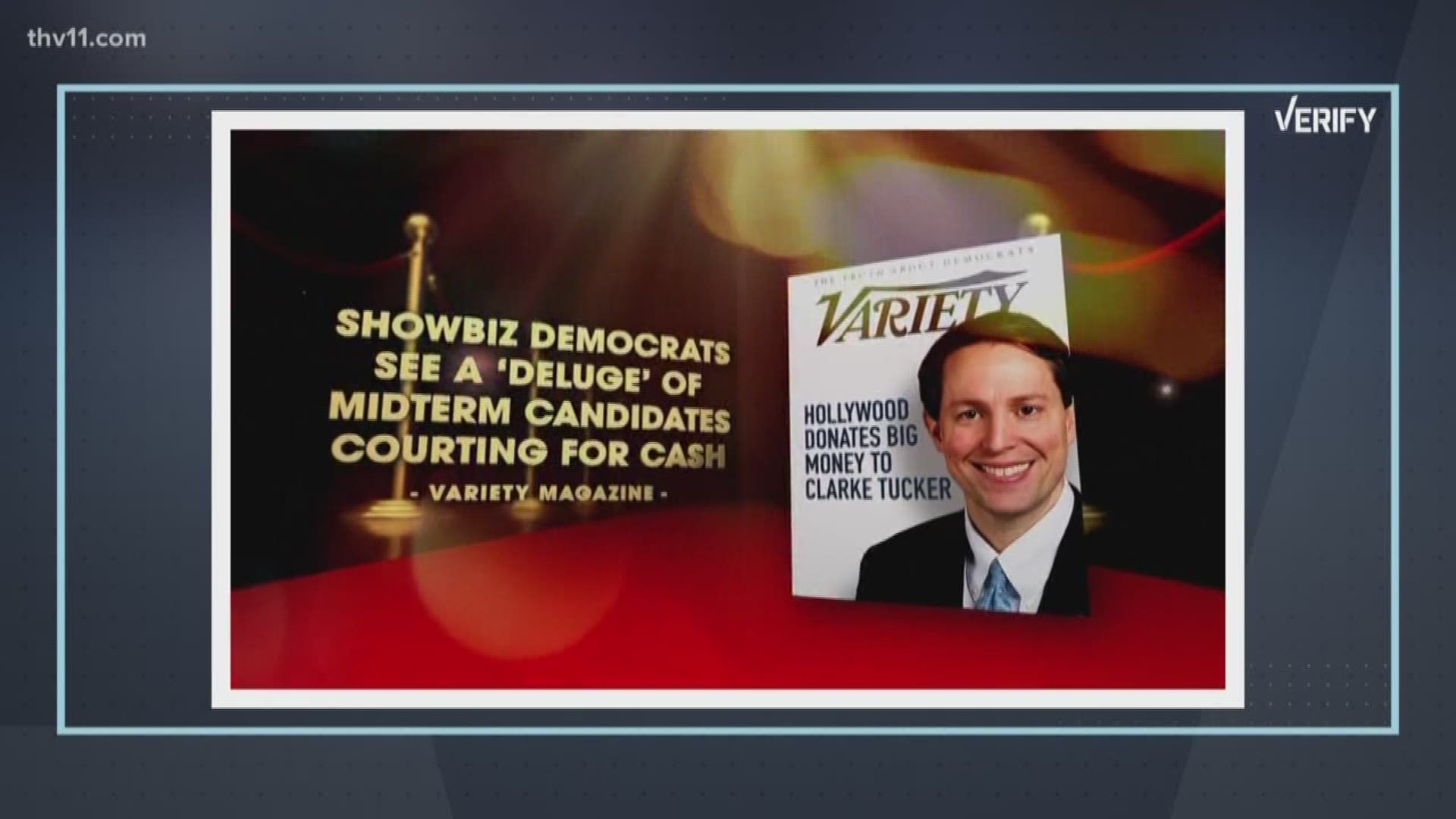 LITTLE ROCK, Ark. (KTHV) – It’s that time of year when you’ll see all those political ads.

Campaigns are ramping up their messages, as election day nears.

But one Maumelle man was confused by an ad that ran for five days this month and he reached out to our THV11 Verify team for answers.

“My name is Alan Watson, I have a question about a political ad that is currently running.” Watson is a central Arkansas voter, and he is paying close attention to the candidates running for Arkansas's second congressional district.

Watson even searched the web himself. "Yes ma’am, I've gone online to several different websites and cannot find any evidence that Hollywood is supporting Clarke Tucker," said Watson. He couldn't get answers, so he emailed us.

To verify, we went straight to both Clarke Tucker and French Hill's campaign, but ultimately got answers from, FollowTheMoney.org along with Tuckers own Federal Election Commission Form 3 filing, the latest finance report came out just this week. The filing shows Tucker raised a total of roughly 1.66 million dollars for all of 2018 through the third quarter.

Nine percent of that, approximately 151,000 came from California. Of that amount, about 7,900 came directly from a Hollywood or West Hollywood zip code, less than half of one percent, according to both FollowTheMoney.org and Tucker's FEC filing.

A spokesperson for French Hill, though, said Tucker campaigned in California at an event in which Tucker raised money back in the spring. A photo on Twitter confirmed. Back to Watson's question, “Is Hollywood pouring money into Tucker's campaign?”

With nine percent of contributions coming from California and less than one percent from Hollywood, Watson doesn't think so.

"No ma’am, you've shown me that less than one percent of Clarke Tucker's campaign funds and contributions are zip codes that come from Hollywood," said Watson. "It's discouraging because it's typical of all the United States right now, where we have head to head combat instead of, ‘I wanna do this for my constituents, what do my constituents want, me or you?’"

Both campaigns reached out to me with a statement, Clarke Tucker's spokesperson said, "The latest ads from Congressman Hill are beneath the dignity of a member of Congress... I don't know who convinced Congressman Hill it was a good idea to put his name on that ad, but I believe he must be embarrassed to be associated with such a video."

French Hill's spokesperson sent a release that said, in the third quarter of this year Tucker's donors in California gave "More than double the amount he received from district two counties outside of Pulaski." 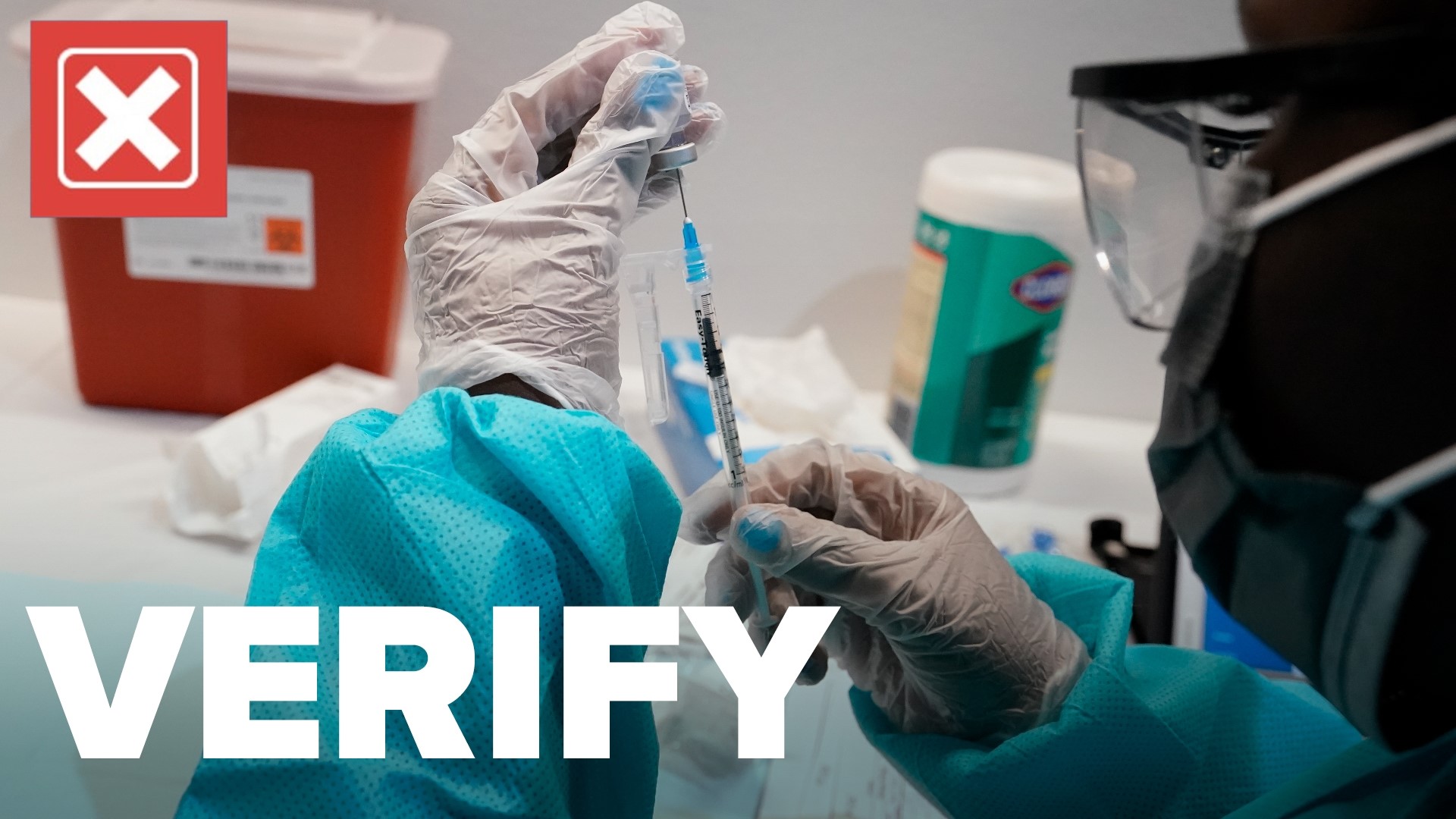 No, COVID-19 shots don't accelerate the effects of Alzheimer's and dementia