The woman who took the video said the girl wasn't only hanging out of the window but was also walking around the back seat as the car was moving. 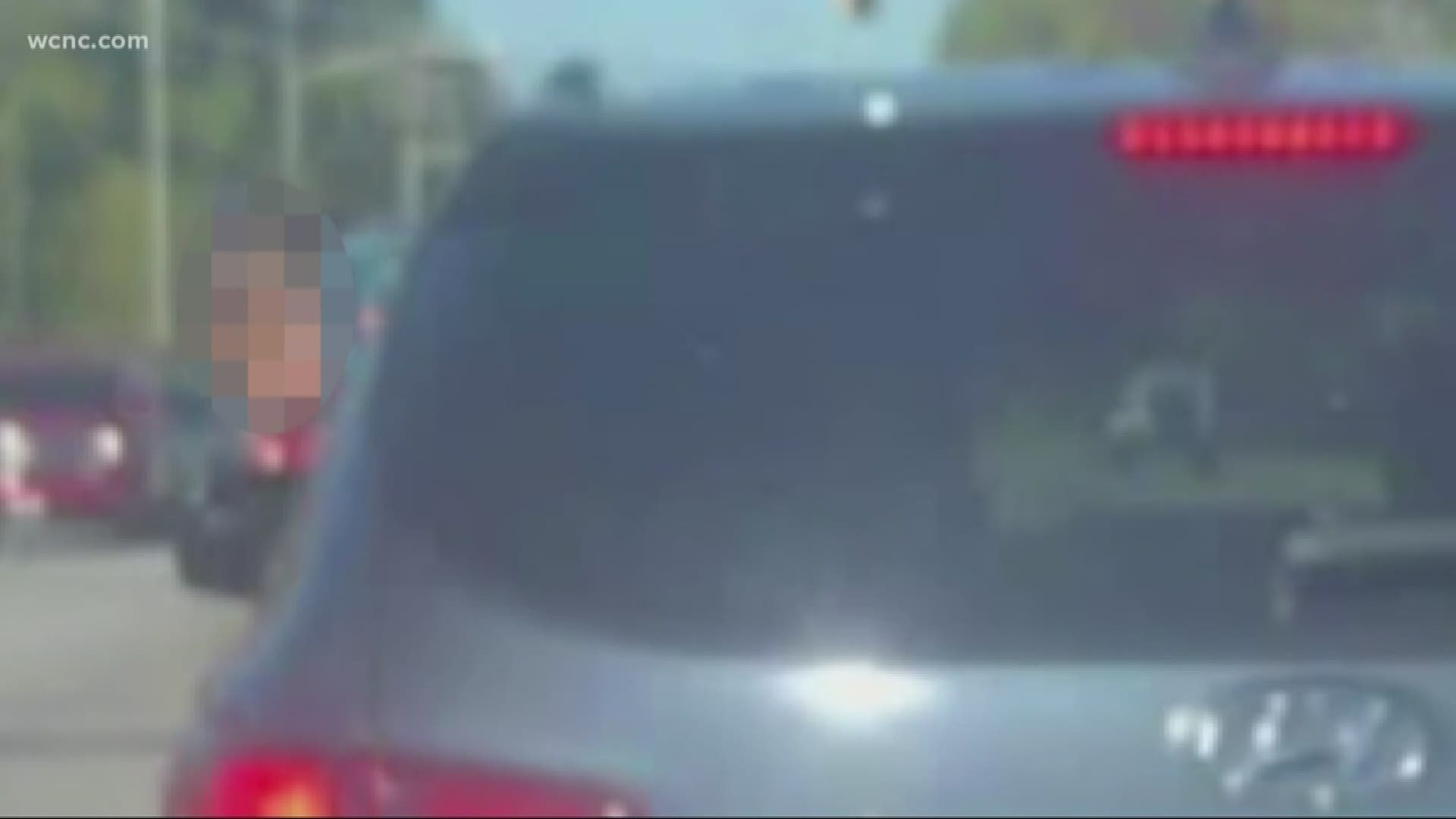 GASTON COUNTY, N.C. — A young girl was caught on video hanging out of a car window Thursday in Gaston County. The video was taken by a concerned driver who couldn’t believe her eyes.

NBC Charlotte obtained the 911 call, in which the woman told dispatchers that the car “was driving for a good two to three minutes with the kid hanging out the window. The kid is not in a car seat or anything.”

The 911 call continued for nearly five minutes as the caller followed the driver.

“I can see her through the back glass of her car," she said. "She’s just walking around on her backseat."

Just how dangerous is it to not buckle-up your child?

Car crashes are the leading cause of death in children ages 1 to 12 years old, according to the National Highway Traffic Safety Administration. What’s more, a study from 2017 shows one in five kids killed in car crashes were not restrained properly.

Losing an unrestrained child in a car crash is a painful reality for one Charlotte father.

On Friday, police say 24-year-old Anthony Bailey’s 6-year-old son was riding in the front seat without a booster seat or a seatbelt when Bailey’s car crashed along Runnymede Lane in Charlotte’s Myers Park neighborhood.

RELATED: Father charged with involuntary manslaughter after crash that killed his son

State laws in both North and South Carolina require that children must ride in either a car seat or a booster seat until they’re either 8 years old or at least 57 inches tall.

WHAT OTHERS ARE READING: