More than 4,700 people voted on the first day of early voting in Faulkner County. 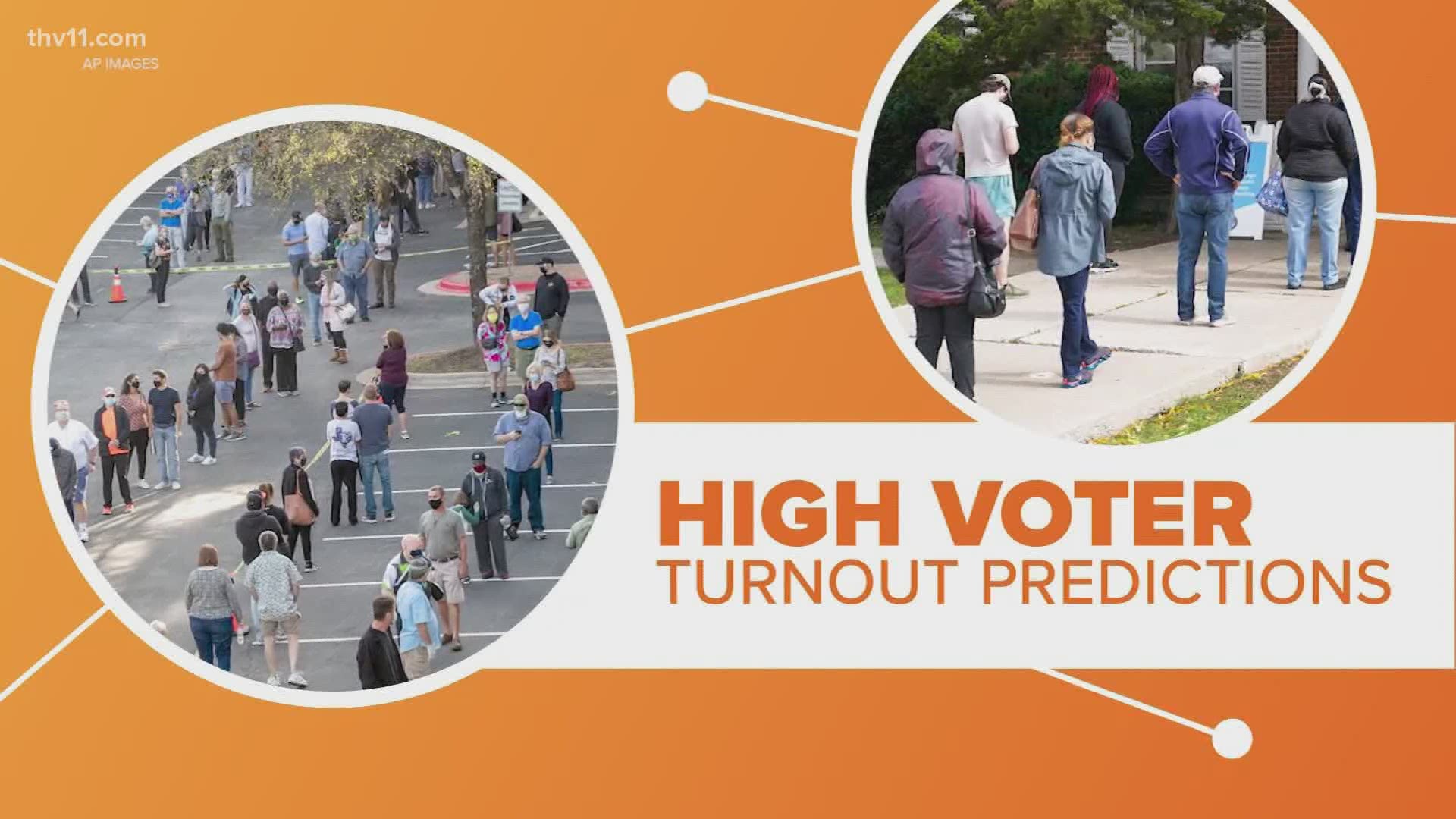 In the 2016 general election, there were a total of 2,997 total early votes on the first day polls were open in Faulkner County.

According to the chart, categorized by the voter's age, the highest age turnout in voters ranged from 65-74, followed by ages 55-64.

Early voting throughout the state lasts until Monday, Nov. 2.

For more information on voting and deadlines, click here.