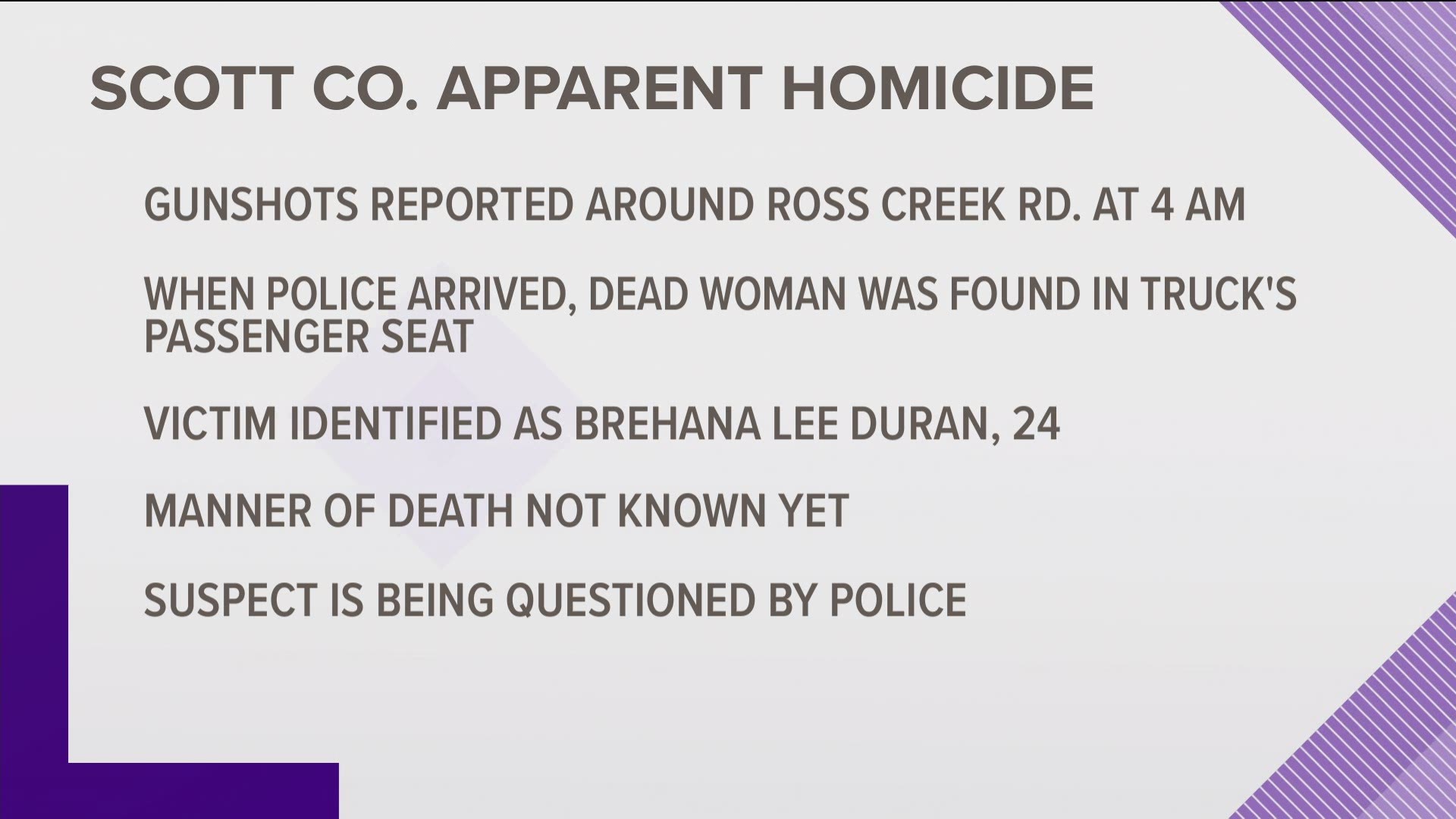 A homicide investigation is underway in Scott County after a woman was found dead inside of a pickup truck on Saturday (Jan. 23).

One person is being questioned in connection with the homicide investigation.

Investigators told 5NEWS a call came in on Saturday around 4:00 a.m. from a resident on Ross Creek Road in Waldron who heard two or three gunshots while getting ready for work.

When deputies arrived they found the woman dead sitting in the passenger seat of a pickup truck.

The victim was later identified by police as 24-year-old Brehana Lee Duran of Booneville.

A man who investigators say matched the description of a person last seen in the truck attempted to flee from Waldron police officers and is currently being questioned.

The woman's body has been sent to the state crime lab to determine the exact cause of death.

A funeral will be held for Duran Friday (Dec. 29).