Viral warnings of false reports can hurt businesses and cause people to ignore actual reports when they do occur. 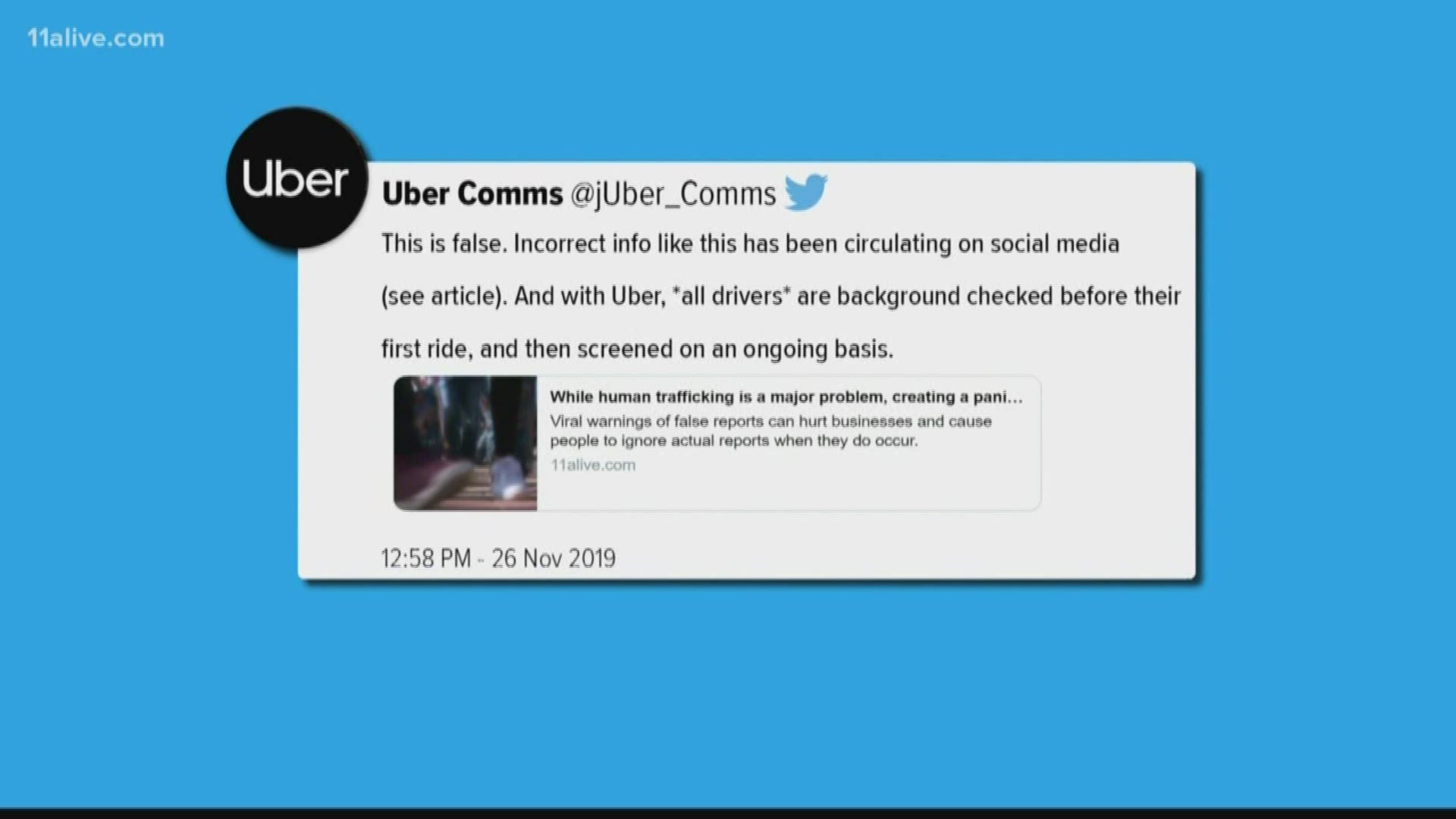 On Oct. 30, the Coweta County Sheriff's Office, working with the Human Exploitation Investigations Group, arrested more than a dozen people at a Coweta County hotel. Several women were charged with prostitution and two men with pimping and other counts. Several others were arrested on drug charges.

Since then, some of the rumors circulating around the region have included a tweet alleging that 13 people arrested in Atlanta for sex trafficking were Uber drivers.

"False info like this has circulated in other cities before," Uber said in a response. "Please DM us or contact Atlanta Police if you have a safety issue."

They linked to an article from a Boston television station in which a similar viral message had been shared regarding a phony human trafficking ring in that area.

Similarly, in Gwinnett County, allegations asserted there was criminal activity at Jeju Sauna and Spa in Duluth. According to Cpl. Michele Pihera of the Gwinnett Police Department, there is no record of any crimes there, despite posts on Facebook and Instagram of alleged human trafficking.

Pihera says there is no open investigation connected with that location.

A viral video posted on Instagram shows a woman who claims she was abducted outside a Red Lobster location on Candler Road in DeKalb County and forced into sex trafficking for two weeks. She claims police found her because her family went to police for help.

The video also claims she met a 15-year-old girl who was forced into sex trafficking.

DeKalb County Police responded to an 11Alive inquiry about the video, saying they had no report on record of the individual or incident mentioned in the video.

"We are not investigating this as there is no report on record with our department," the statement from DeKalb Police said.

Creating a panic by reporting fake or dubious cases is not positive, and in many cases can cause people to ignore actual cases of human trafficking when they do occur.

Human trafficking is a very serious problem across the nation. In 2018, Georgia had the seventh highest number of human trafficking cases (375) in the nation, according to federal statistics from the National Human Trafficking Hotline.

If you do suspect that human trafficking is taking place, call the National Human Trafficking Hotline toll-free at 1-888-373-7888, or call 911.

She didn't know what he was doing to her. All she knew, he said he loved her.

He thought he was meeting an 8-year-old for sex, instead, it was police he met