Deputies are prohibited from criticizing the Williamson County Sheriff's Office in any writings that are defamatory, obscene, bigoted or unlawful. 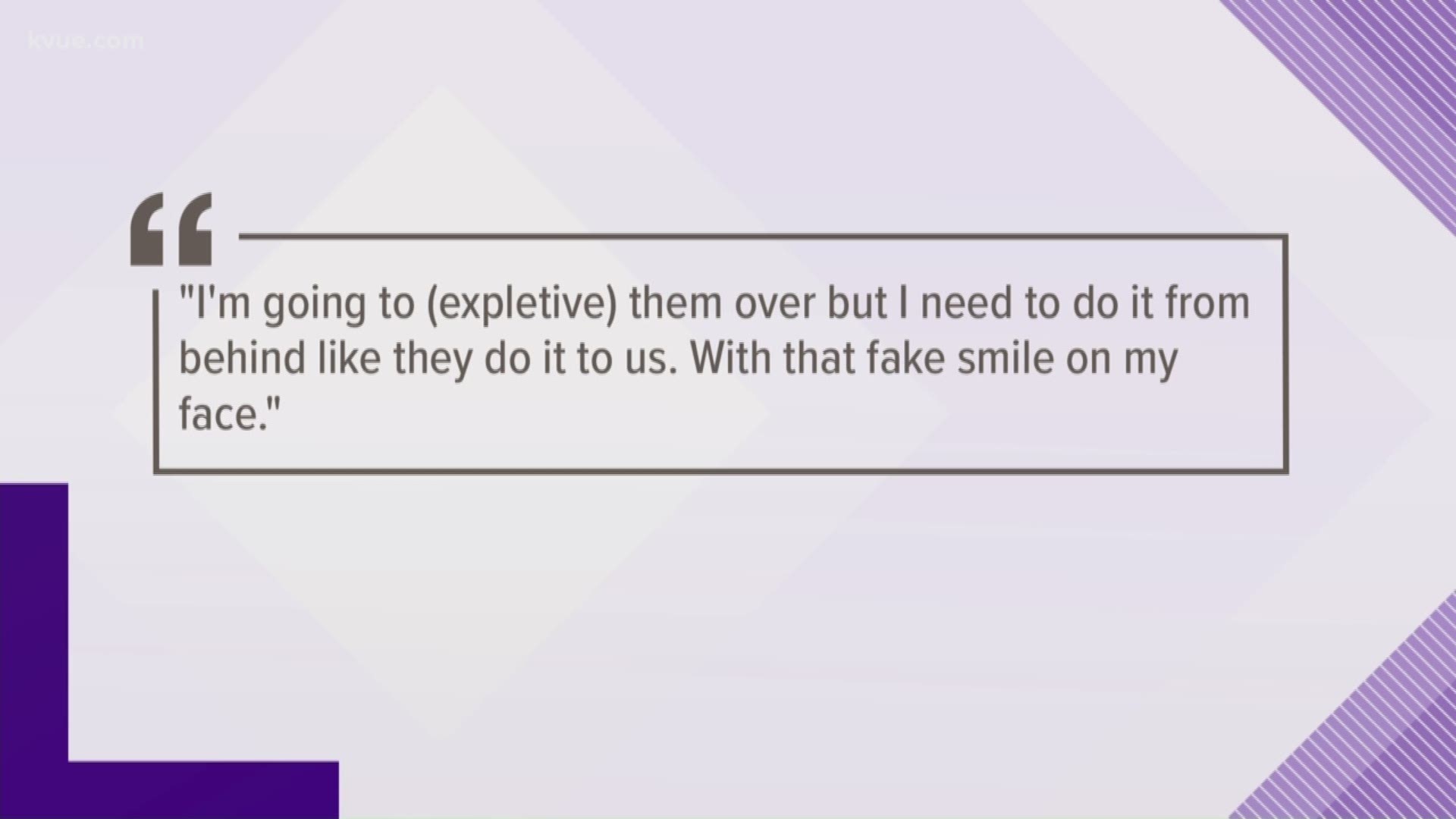 WILLIAMSON COUNTY, Texas — Their attorney said they thought they were bantering between coworkers on their personal cellphones. But a text thread between members of the Williamson County Sheriff's Office K9 Unit has led to two deputies being fired for inappropriate messages that took aim at their bosses and peers.

Deputies Aaron Skinner and Jeremy Stewart were fired for not being truthful in an investigation, documents show. They had been under investigation for a possible violation of department policy that prohibits them from criticizing the agency in any writings that are defamatory, obscene, bigoted or unlawful or if it undermines the effectiveness of the agency.

One of the statements included in the text messages was: "I'm going to (expletive) them over but I need to do it from behind like they do it to us. With that fake smile on my face."

In an apparent jab at the department's cooperation with the reality TV show "Live PD," a deputy wrote, "I started this before any of this existed, and all of you did too. Remember your reasons why or fall with the fleeting moment of fame."

The firings came before the recent filing of a complaint against a Williamson County commander that alleges inappropriate comments concerning a producer on "Live PD."

That complaint was filed by Georgetown attorney Robert McCabe, who is representing the deputies.

McCabe said he thinks his clients were participating in a closed group, and he doesn't think their comments merited termination.

Storm Timeline: When & where to expect severe storms Wednesday

Property tax info is in the mail: See which Austin areas increased the most in value last year