'It's all for him': WWII Vet honors SC lieutenant who saved his life in battle years ago

Anthony Grasso traveled from Boston, Massachusetts, to Camden, South Carolina, to give one final salute to the man who saved his life during the war. 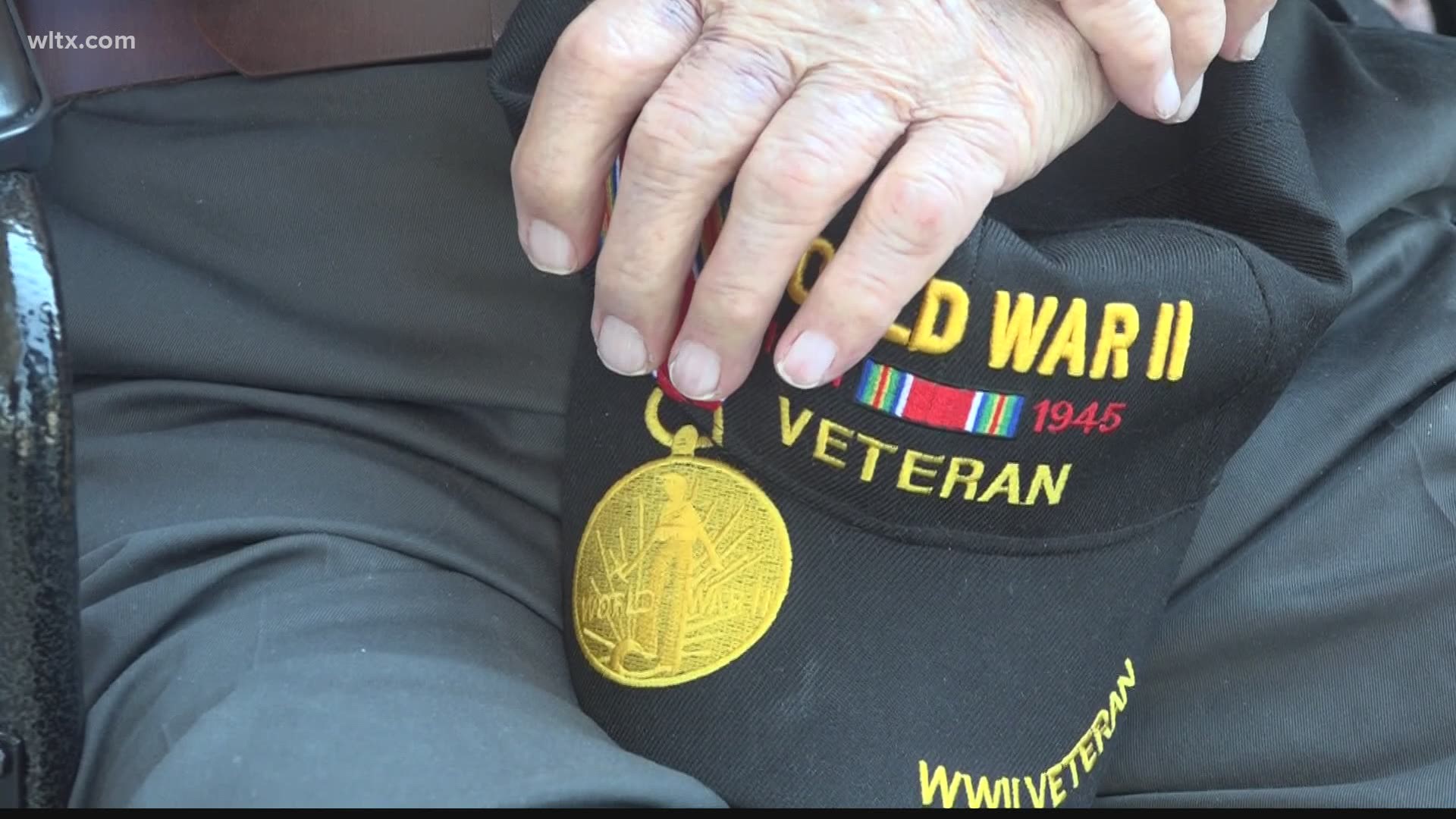 At 96-years-old, World War II Veteran Anthony Grasso made a trip from Boston, Massachusetts to Camden, South Carolina, to pay his respects to the man who saved his life in battle decades ago.

"I've waited 75 years to find out where he was," Grasso said. I feel that I completed what I was out to do, to find him and pay that respect for the gentleman who deserves every bit of it."

First Lieutenant Frank DuBose is the man Grasso is honoring. He is buried at Quaker Cemetery in Camden, South Carolina. "He was a wonderful person. We got along great," Grasso said. "I carried the radio and he was the lieutenant.

It was a reunion full of emotion as Grasso laid a white rose on his comrade's resting place. "This going on today is not for me, it's all for him," Grasso said. "I would not be here."

While Grasso completed his mission to visit the grave site of the man who saved his life, he said it's not an easy memory for him to think about.

"Never, never forget," Grasso said. "That's why I had to find him and pay back respects. No one but me and him know what we went through that final day, and I'm glad I had a chance to pay my respects to the man that saved my life. God bless him."

But now they have a new memory, and it is one Grasso shared alongside his family and loved ones.

"It's and honor. It's amazing," Grasso's three daughters said. "We never expected it would come to this. We knew it was a wish that he wanted, but I don't think we ever expected that it would actually happen, and it's here and we're so excited and happy for our dad."

"Frank, I've come a long ways," Grasso said. "There's not enough thanks in the world for what you did."

Grasso and his family are headed back to Boston Friday.