A Little Rock neighborhood stood together, members sharing each other's pain in hopes of finding justice. 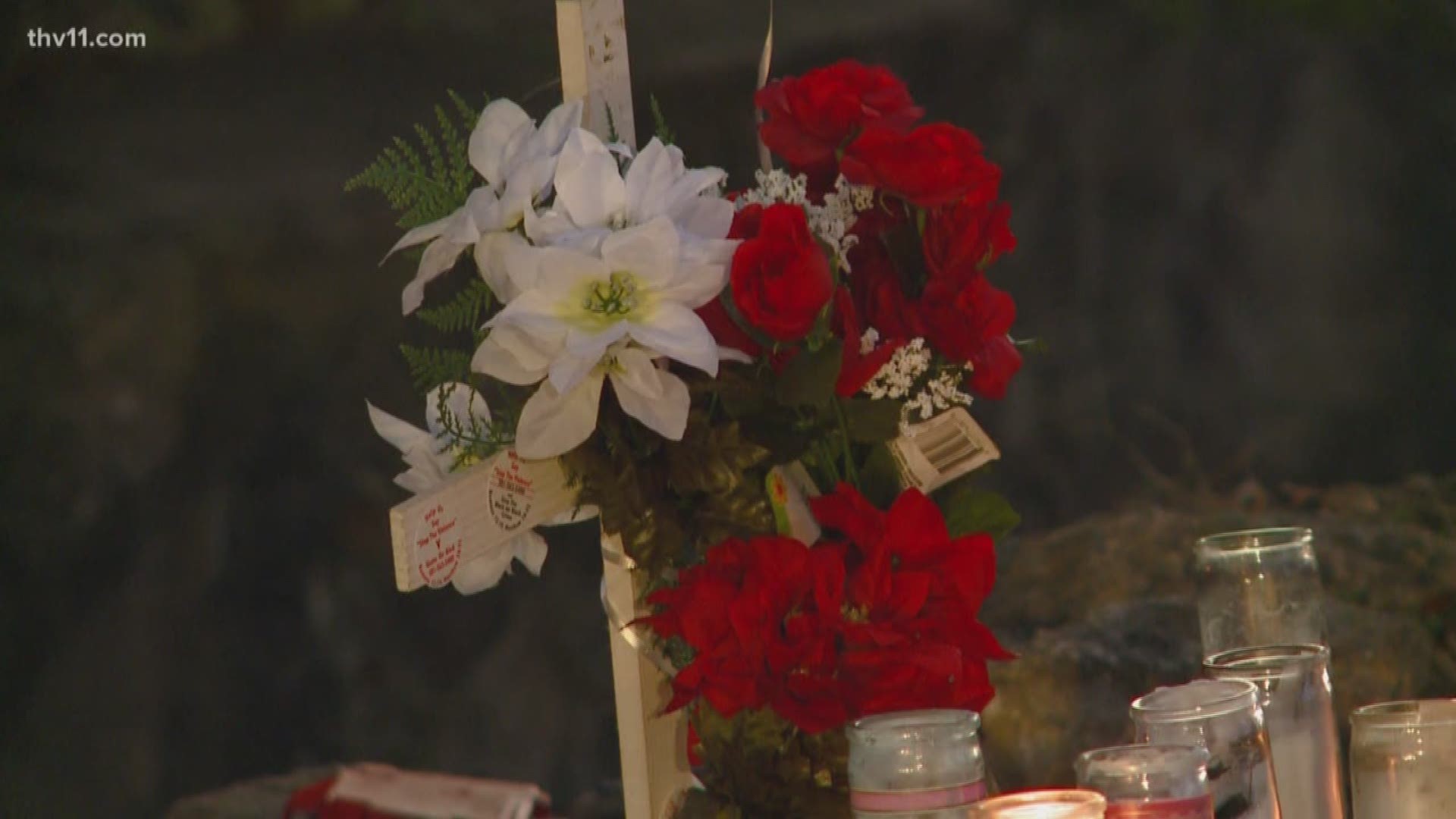 They offered each other prayers and comfort during a candlelight vigil Tuesday night in memory of three teens who were shot and killed last week.

A group of approximately 50 people prayed and sang together in the middle of 14th Street between Peyton and Washington streets.

“I know it’s good that everybody came out,” Larry Luckey, Jr. said. “This is my first time coming over here, you know?”

Luckey’s daughter, LaTija Luckey, was one of the three killed last Friday. She, Carrington Williams, Kennelle Anderson and a 17-year-old boy were all found in a car that crashed into a ditch on 14th Street, all suffering from gunshot wounds. Only the 17-year-old survived.

“I’m okay,” Luckey said. “We just trying to find out who did it, now. I mean, we’re okay. We still be crying, but you know, we’re a close family, so we’re going to make it. It’s their family that’s falling apart now.”

A memorial to each of the deceased teens stands on the spot. Friends and relatives have placed crosses, candles, balloons, and flowers on the side of the road. The candles burned bright yellow Tuesday evening where the lights of three lives were snuffed out. A fire also burned in the hearts of relatives angry over their loss.

West said he and Williams were very close.

“The only thing I can say good gonna come from this is her killer’s killer,” he added. "You feel me? We finding him and he die."

“Retaliation all I want for me. I can’t lie to you, you feel me?” West said.

The City of Little Rock will pay a $50,000 reward to anyone who helps find the killers. Police officers believe they are looking for at least two suspects.

The victims’ families think community involvement is how they will be caught.

“The walls closing in,” Luckey added. “We got all these people out here, and they tell 50 people, that’s another 100. They tell 100, we got them! Now their mommas and daddies finna put ‘em out, and then we got ‘em.”

But without closure, Williams’ sisters were among those overwhelmed by grief.

Lt. Michael Ford, a spokesman for the Little Rock Police Department, said the 17-year-old who survived the shooting was in serious condition Tuesday night. Lt. Ford said there was nothing new he could release about the investigation.