Robberies and thefts have decreased from last year, and Little Rock police want to keep it that way through the holidays. 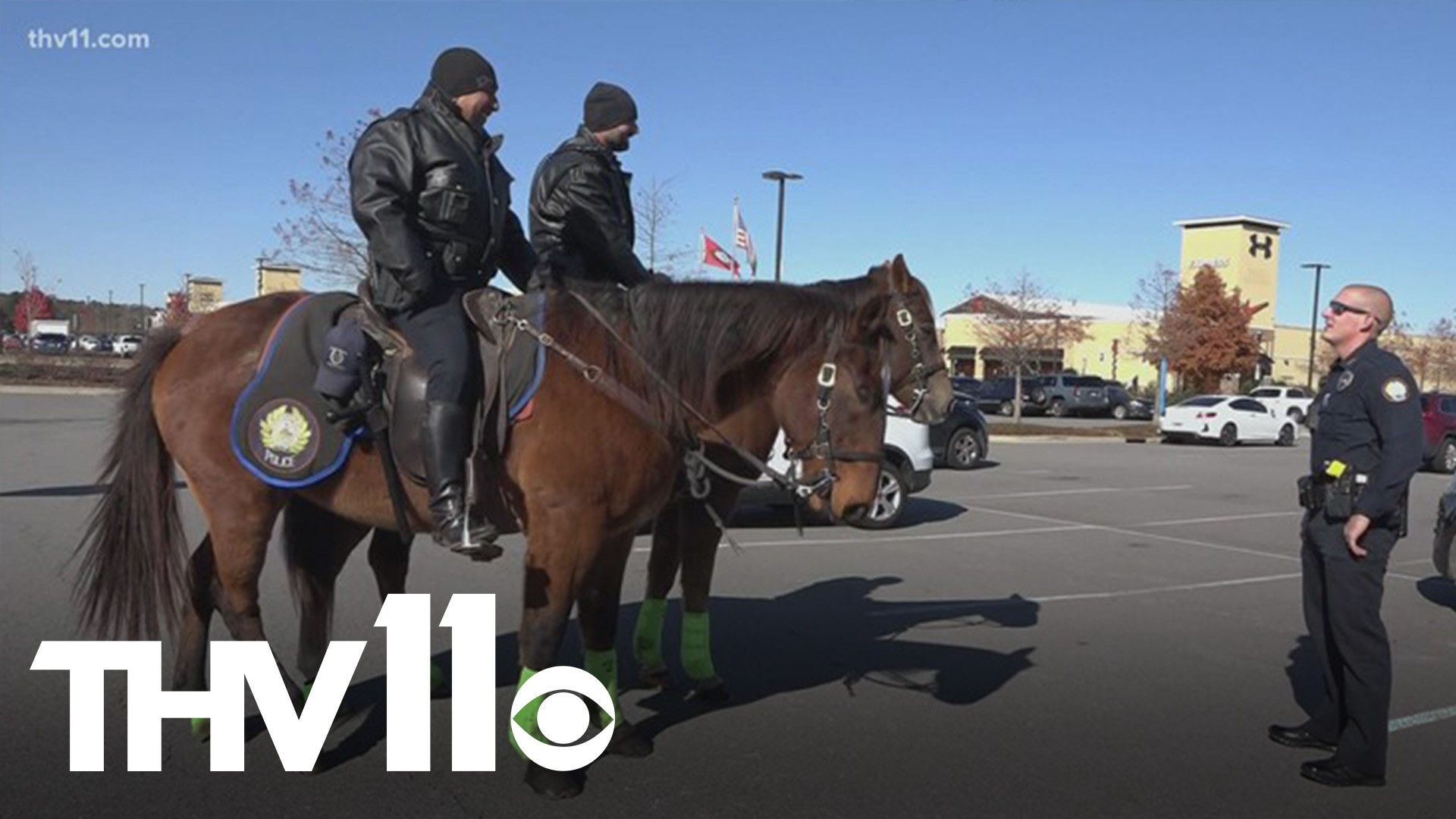 LITTLE ROCK, Ark. — The Little Rock Police Department has increased patrol officers in and around the major malls and outlets for the holidays.

According to the department, robberies and thefts have decreased from last year, but there's usually a spike in petty crimes during the holidays.

"You can't be everywhere all the time. You can only respond so but response time has been efficient lately," said Mark Edwards, the department's spokesperson.

"I think a lot of it has a lot to do with the way we police now. It's twenty-first-century policing, so it's all data driven. We follow the numbers and intel and work solely on those areas."

Eric Barnes is an LRPD Officer who said that it's always a good time to be able to get out and smile to greet people while they're shopping on patrol horses.

"Obviously this time of the year there's a lot of safety concerns people have coming to and from stores. We wanna make sure that they're when they get to shop and have a good time."