Mundell said she received a letter from ARDOT asking that the memorial be removed within seven days as memorials on highway rights-of-way aren’t allowed. 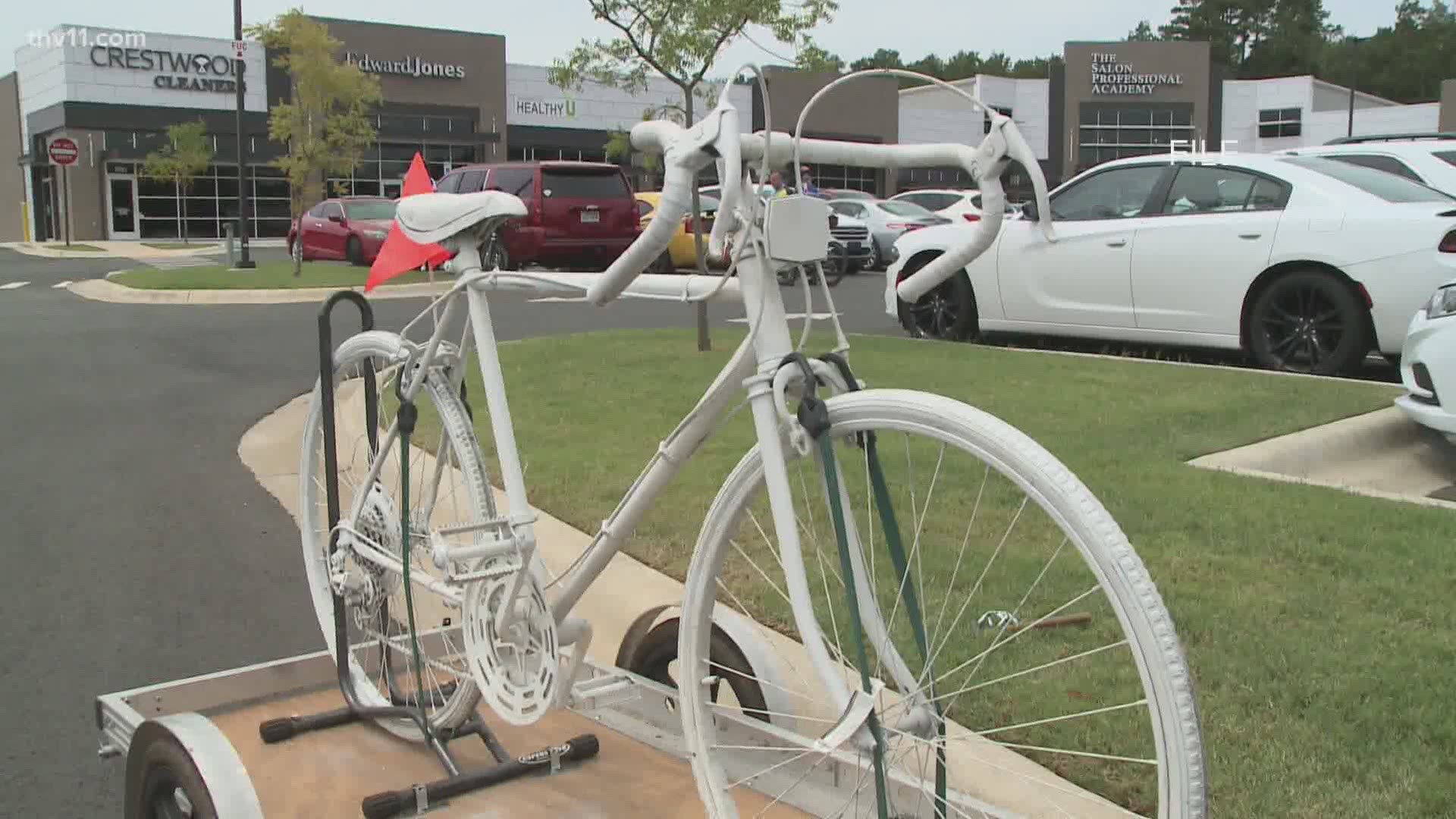 SHERWOOD, Ark. — A ghost bike meant to honor cyclist John Mundell, the victim of a hit and run, has now been removed.

“My husband John and I got married in May of 2019 and not even two months later on July the eighteenth of 2019, he was an avid cyclist he always put safety first… and somebody hit him from behind and drove off,” Kimberly Mundell said.

A donated ghost bike placed on Highway 107 in Sherwood last August provided peace for Kimberly Mundell after a tragedy.

“We did a whole ride of silence where we rode in silence and escorted the ghost bike up from the local shopping center up to that,” Mundell said.

Now, it’s gone. Mundell said she received a letter from ARDOT asking that the memorial be removed within seven days as memorials on highway rights-of-way aren’t allowed.

For Mundell, the letter came at a terrible time.

“We’re coming up on the one year anniversary of John’s death and I’m already trying to process that and prepare mentally, emotionally for that,” Mundell said.

When a Sherwood police detective found out about the letter, he went with the family to offer support and prayer.

“He was there, and just to be there and support, that just speaks volumes,” Mundell said.

The Sherwood community has taken care of the memorial by providing lighting, medals, and flowers.

“He was a person that was loved, and we were making an effort to make sure that the area stays cleaned up and contributes to the community,” Mundell said.

Mundell said losing another part of John is hard, but she’s thankful for the community’s love.