Over $67,000 raised to restore historic Jones Bar-B-Q after destroyed in fire

Over $67,000 was raised through a GoFundMe for Jones' Bar-B-Q. The historic business is the country's oldest Black-owned restaurant, which opened in 1910. 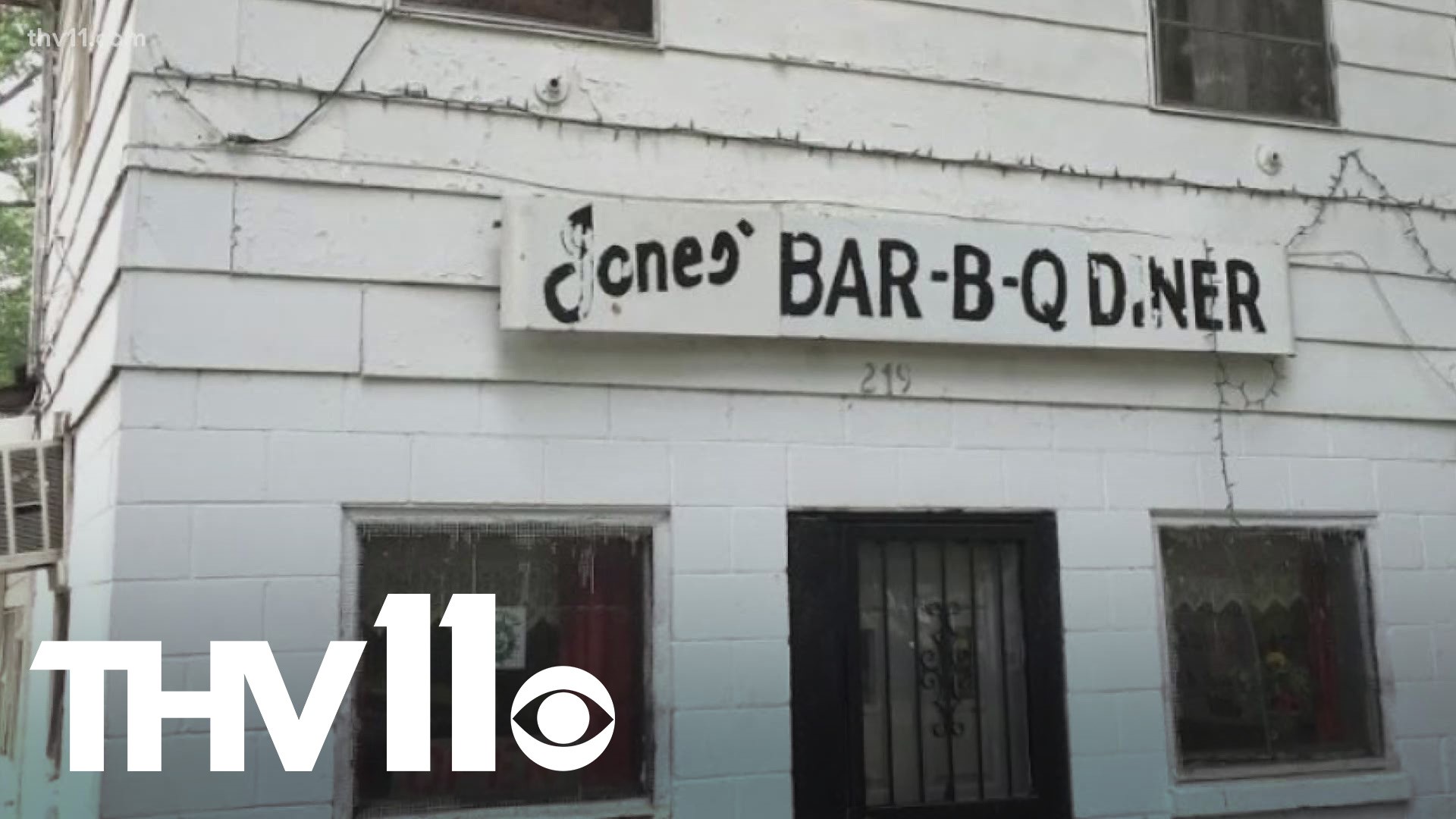 MARIANNA, Ark — Over $67,000 was raised through a GoFundMe for Jones' Bar-B-Q. The historic business is the country's oldest Black-owned restaurant, which opened in 1910. It burned down on the last day of Black History Month after a grease fire in the BBQ pit.

Owner James Jones says he's been working at the family-owned restaurant since he was 14 years old. He's spent 60 years in the business.

He says he's appreciative of everyone's help including the labor to repaint and rebuild in the meantime before receiving the funds.

"Cause see, all the materials coming in here now, I hadn't paid for any of those materials. I'll use that money to pay for the materials to put all that stuff back together," said Jones.

The Venture Center in Little Rock helps entrepreneurs through resources and technology. They started the GoFundMe for Jones in an effort to support getting him back on his feet.

Wayne Miller is the executive director for the Venture Center and says 100% of the funds will go to Jones and his family. They're just honored to have been a platform with networks to garner that amount of money.

"I really look forward to the next month here getting those dollars into their hands and I can't wait to have another BBQ sandwich," said Miller.

Mimi San Pedro is the chief strategy officer for the Venture Center and says if you drive through Marianna to the restaurant for the first time, you may miss the sign outside.

"He has one item on his menu and it's pulled pork on white wonder bread. That's it, right? There's two tables in the restaurant and his hours are from 7:00 in the morning until they run out," said San Pedro.

She says Jones is known worldwide because of the history of the restaurant, which means there's a bigger community pulling together to help.

Jones says he's hoping to open his restaurant back up in a month or two.

The Venture Center is no longer accepting donations, but you can still support here.