School resource officer's heart of gold impacts everyone around her

Officer Turner says that school is hard enough and every student should have what they need to succeed. 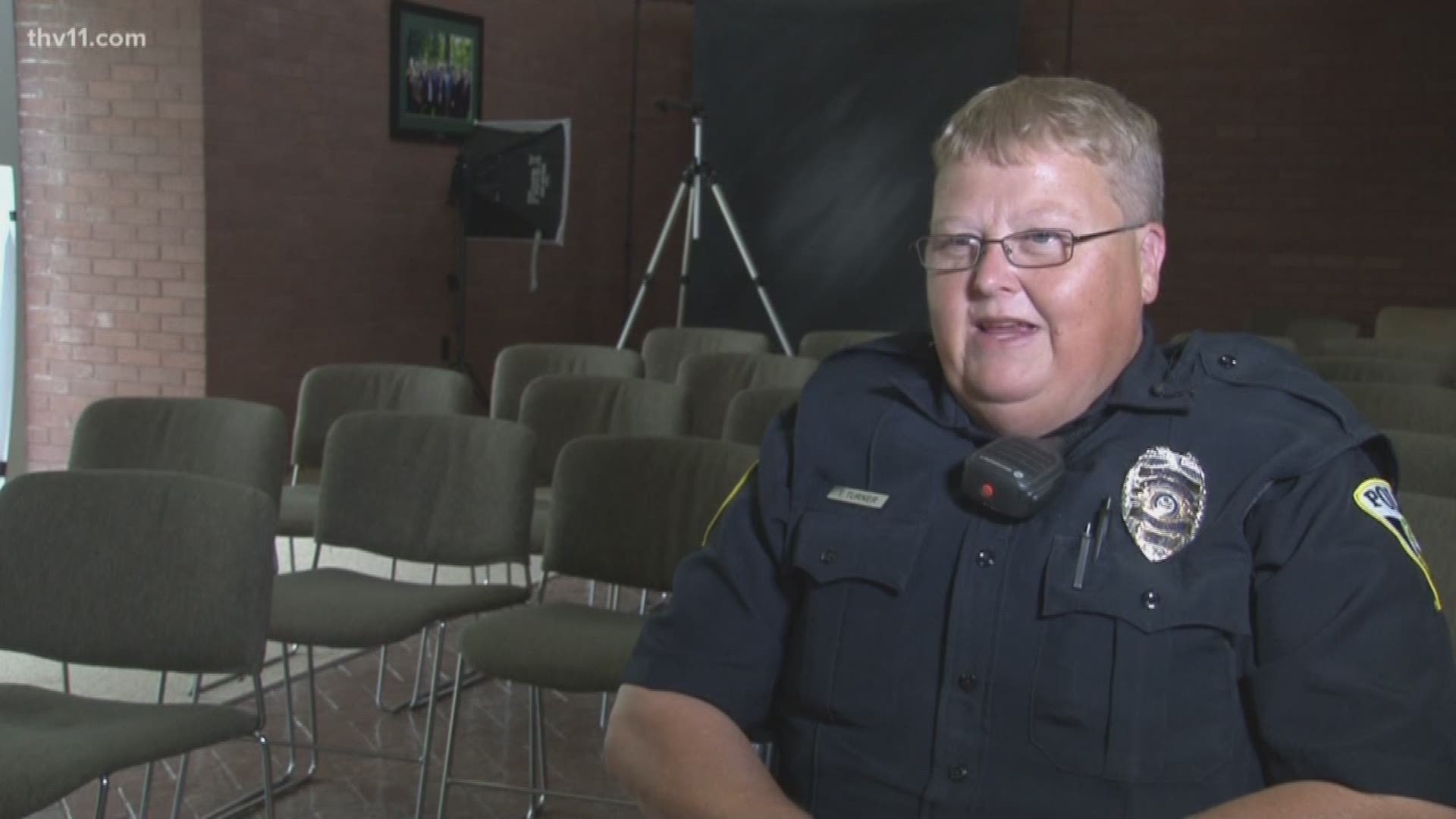 SHERWOOD, Ark. — Now that it is the beginning of August, school is just around the corner and one Sherwood school resource officer has not stopped thinking about her students on their three month summer vacation.

When most people think of a school resource officer, they automatically relate all of their duties to safety.

Basically, they are there to keep students, faculty, and the property guarded.

Well, Officer Tammy Turner of the Sherwood Police Department has taken her role to a whole other level.

"I'm basically at the school all day. Then when school is out in the summers, we actually work patrol," she said.

Watching out for the citizens of Sherwood, while still keeping her kids at the front of her mind.

Turner said she had an idea about three years ago.

"Being in the school's, students would come up and say, 'Hey Office Turner, do you have a pencil? Do you have an ink pen?'" she said.

Turner noticed a need and took it upon herself to start collecting school supplies and food donations, so her students have one less thing to worry about.

She said school is hard enough and every student should have what they need to succeed and none of them should have to wonder what they are going to eat.

"It has a revolving affect on these students. So if I can do my part, then that's what I'm going to do," Turner said.

Right now all the school supplies and food donations are at the Sherwood Police Department, but come Monday they will be at the Sylvan Hills High School Freshman Campus waiting for the students as school is just around the corner.

LuAnne Bryan is the Media Specialist at Cato Elementary and said the students adore her.

"Oh, I wish you could see their faces because they just look forward to seeing her, because they know they are provided for," she said.

Bryan said the genuine care Officer Turner has for their students makes her one in a million.

"That is her heartbeat. She does. She loves these kids," she said.

This heart of gold officer impacts everyone around her.

Officer Turner said it is in her blood.

"I don't care if I know you or not, if you need my help and I can help you, I'm going to. That's just the way I was raised and I'm still that way," she said.

RELATED: Get all your school supplies tax free this weekend in Arkansas!

Bryan said one day they had character day at school and one of the PRE-K students dressed up as Officer Turner, which goes to show how much of a difference she is making at her schools.

You can help out by dropping off non-perishable food items or school supplies at the Sherwood Police Department and the Gravel Ridge Fire Department.

Officer Turner said none of this would be possible without the support from the police department and the schools. In fact, Sherwood police gave her $250 to go out and buy more backpacks this weekend!