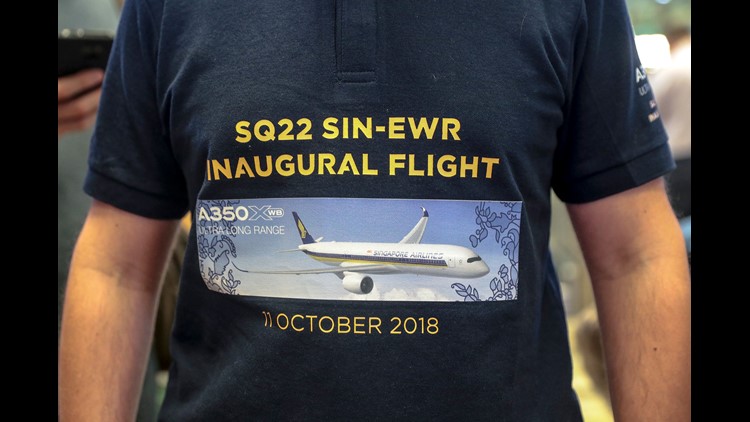 Photo by: Wallace Woon, EPA-EFE
A man wearing a commemorative t-shirt for the flight of Singapore Airlines flight SQ22 is seen at the check-in counter at Changi Airport in Singapore on Oct. 11 2018. 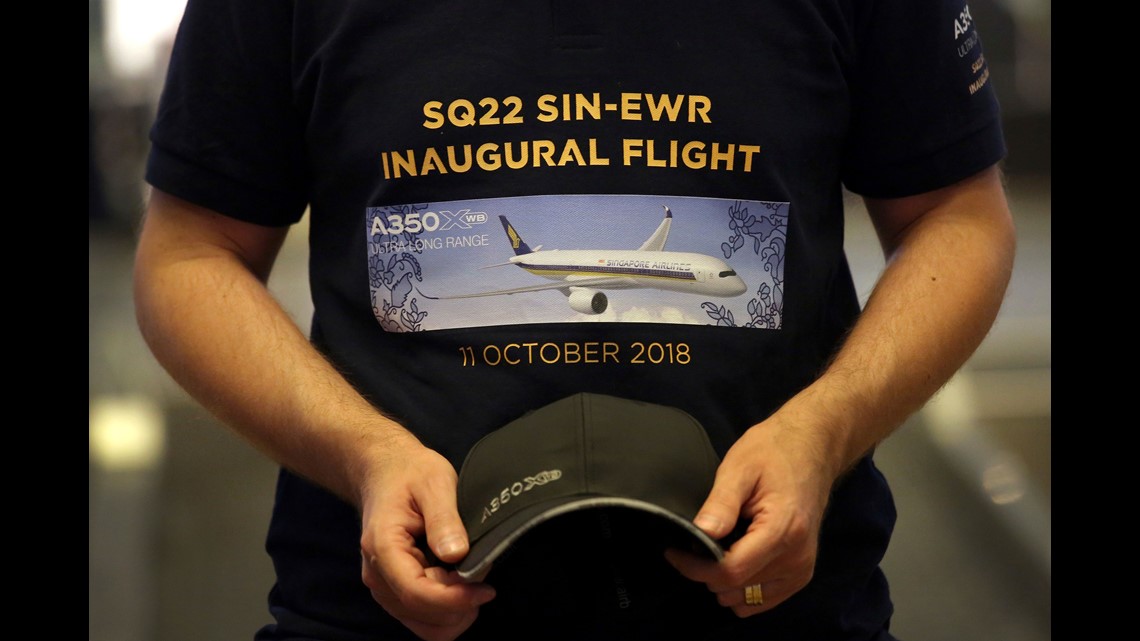 SINGAPORE (AP) — The world’s longest direct commercial flight is back and taking travelers from Singapore to the New York region.

Operated by Singapore Airlines, the city-state’s national carrier, the trip takes slightly under 19 hours. Skipping a stopover in Frankfurt will save hours of traveling time, the carrier says.

Starting Thursday, the route between Changi Airport and Newark Liberty International Airport in New Jersey will be served three times a week. A week later, the carrier will offer daily flights, after a second Airbus A350-900ULR aircraft is delivered.

Singapore Airlines launched the record-breaking route in 2004, but canceled it nine years later because of rising fuel prices.

Campbell Wilson, its senior vice president of sales and marketing, said the Airbus A350-900ULR, which was delivered two weeks ago, consumes 25 percent less fuel than an older generation aircraft of the same size.

“It allows us to offer a service that eliminates a transfer in the middle, it saves people six hours, it gets people there in comfort ... we think it’s going to be a good success,” Wilson said.

The flight won’t have any economy seats. Instead, it has 94 more-spacious premium economy and 67 business class seats, which can fold out into a bed.

ARCHIVES: Singapore Airlines has taken delivery of first 'ultralong-range' A350 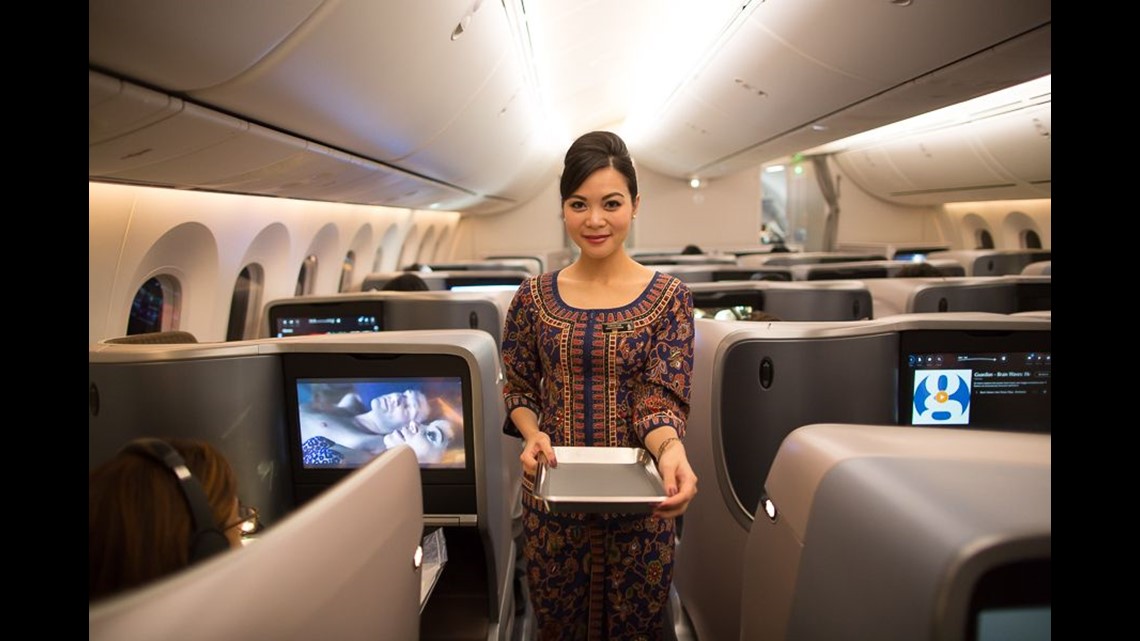 Business seats come with a mattress topper and firm and soft pillows. Bathrooms in the premium economy section are fitted with a spray for hydration. Passengers will have 1,200 hours of movie and television content to choose from, up from the usual 1,000.

Airbus says cabin pressure is set at the equivalent of 6,000 feet above sea level, compared to the weaker 8,000 feet in older aircraft of similar size and performance.

It says the stronger cabin pressure, combined with the latest air conditioning, reduces passenger fatigue and leads to a less dry cabin environment.

Passengers on Flight SQ22 were invited Thursday to celebrations at the gate, where flight attendants performed songs including the hit “New York, New York.” New York cheesecake and hot dogs were served.

Tilo Kruger was boarding the flight with three friends — all members of the “first to fly” club, which was formed after the inaugural Airbus A380 flew from Singapore to Sydney in 2007.

Kruger will not be spending time in New York. He plans to quickly leave for Atlanta and then travel to Houston. After a short stopover, he will then travel to Manchester before heading home to Ireland after some 34 hours in the air.

“I just want to explore how the aircraft looks, and party time hopefully. It’s a nice hobby. I get the opportunity to come to Singapore, stay here, be in the city, but then also see other destinations,” he said.

Other passengers were more apprehensive. “I’m not sure what I’m going to do for 18 1/2 hours. Watch all the movies I can, I guess,” said Peggy Ang, who is on business trip to Orlando.

“My cousin said ‘hey, this is in the press.’ I’m going to take pictures and show her,” she said.