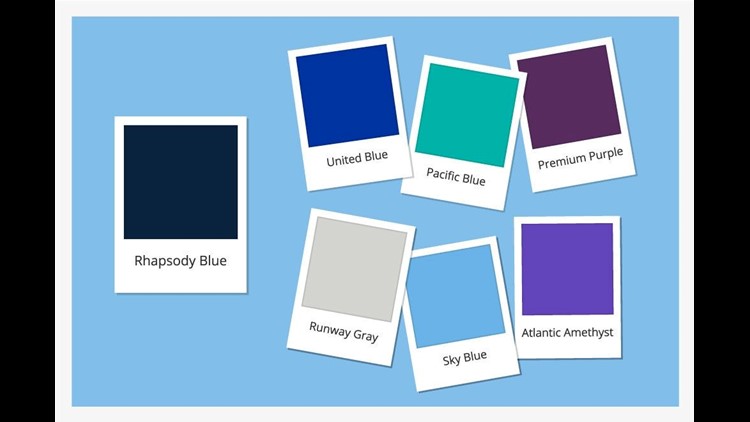 Photo by: United Airlines
This image provided by United shows the new colors that will soon be coming to employee uniforms, seats and in-flight linens.

United Airlines’ signature “Rhapsody Blue” color is about to get some company.

United is adding a set of new hues to its color palette, an update to its branding that will soon be seen on new employee uniforms. The new uniforms have not yet been unveiled. But United did give details to employees Thursday about the new colors they’ll see on those uniforms, which are scheduled to begin rolling out to workers in 2020.

The colors are part of United’s years-long effort to update its uniforms.

TODAY IN THE SKY: For new uniforms, United turns to Brooks Brothers, Tracy Reese and Carhartt

In 2017, the carrier conducted more than a dozen employee “road shows” at its hub airports. Workers from across United’s network were invited to come to check out samples from designers and give their feedback about what they want – and do not want – to be included in the new uniforms.

United describes it as part of an effort to incorporate employees’ wish-list items from the very beginning.

Now, the colors are some of the first details to emerge from that effort.

“Our updated brand design will be reflected in our new employee uniforms, where you will see a unifying base color across all work groups that speaks to the core of the United brand —Rhapsody Blue,” United spokeswoman Erin Benson said in an e-mail to USA TODAY’s Today in the Sky blog. “The new employee uniforms will also include pops of our new colors, which employees have told us they want in the various listening sessions we’ve conducted.”

But it won’t just be on employee uniforms where customers will notice United’s updated color choices.

United’s new purple shades also will be added to the upholstering on some of its seats, including the company's new international-style premium economy seats that debuted this summer on one of the airline’s refurbished Boeing 777-200 jets.

The expanded palette of blues and grays also will be seen in updates to the linens used during United’s meal services. Benson says the linen patterns using those colors have been inspired by United’s “globe” logo, which is perhaps most-noticeable on the tails of United’s aircraft.

United’s new shades of blue and grey will be used in its in-flight linens.
United Airlines

40 COOL AVIATION PICS: Behind the scenes at Washington Dulles 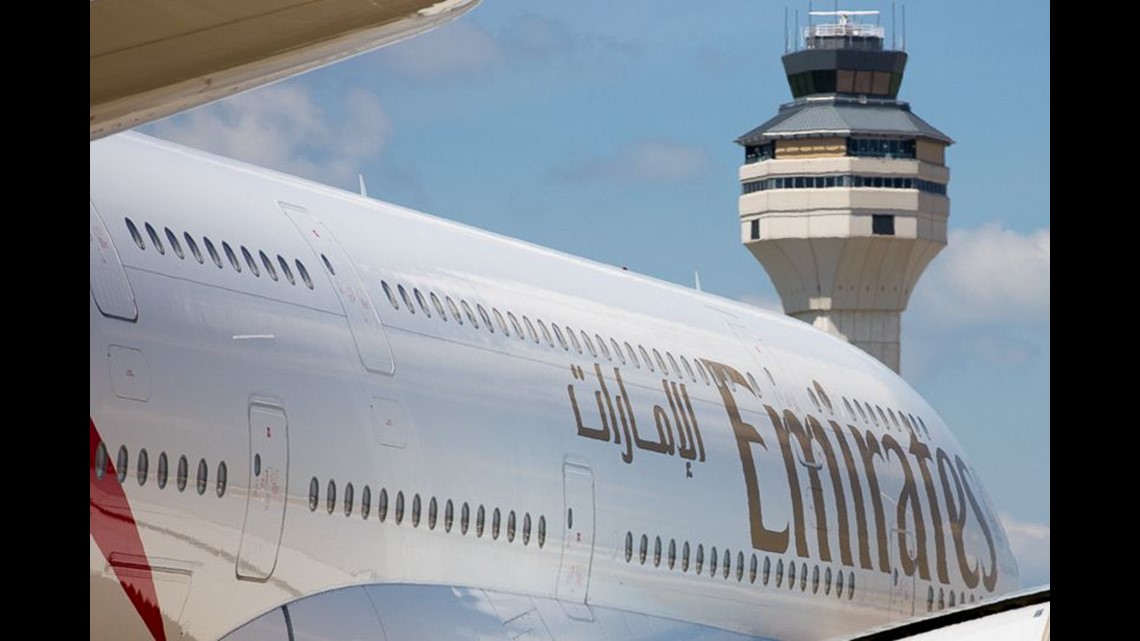