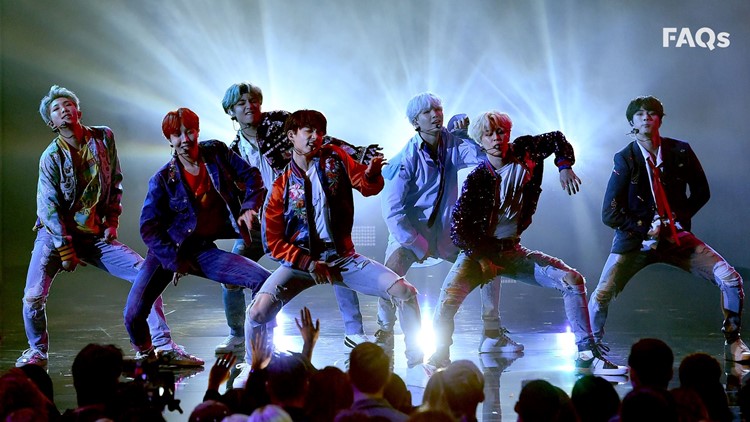 Photo by: Getty
How BTS and KPop disrupted mainstream politics

Members of BTS, a South Korea boy band with global following, to enlist in military

SEOUL, South Korea – They have an army of fans around the world, but fame and fortune are not enough to keep K-pop superstars BTS from fulfilling a rite of passage nearly every South Korean man must undergo: compulsory military service.

Despite some calls for exemptions for South Korea’s biggest pop culture export, the country’s minister of culture, sports and tourism told lawmakers this week that the boy band would fulfill its military duties.

“All of the BTS members say they will definitely enlist for military service,” Minister Do Jong-hwan said, according to The Korea Herald.

At least 21 months of military service is mandatory for all able-bodied males ages 18-35 in response to the constant threat posed by neighboring North Korea. Though 2018 has seen a thawing of relations, the two countries are still technically at war. The Korean War of 1950-1953 ended with an armistice, not a peace treaty.

The topic of conscription has become a hot-button issue in South Korea in recent years as debates raged across society about whether it is necessary, as well as who should be allowed exemptions.

In September, the South Korean men’s soccer team won a gold medal at the Asian Games tournament, allowing all the members of the squad – including star Son Heung-min, who plays for Tottenham Hotspur in England – to be excused from service.

BTS, the seven-member K-pop boy band that became a global sensation, found itself at the center of the controversy.

In July, lawmaker Ha Tae-kyung suggested that the exemption system, first drafted in 1973, was outdated. “You are given an exemption if you win No. 1 in violin, piano and classical music competitions,” he said. “However, you are not given an exemption for ranking No. 1 on the Billboard chart.”

BTS tallied two Billboard-topping albums this year, and the group, which has an enormous social media presence and following, took home an American Music Award for Favorite Social Artist. In September, the band even gave an address at the United Nations General Assembly.

Prime Minister Lee Nak-yon instructed his Cabinet to look at adjusting the exemption system and urged the military last month “to come up with a more reasonable measure by reflecting the public's growing demands.”

South Korea’s Defense Ministry announced this year that it was looking to scrap nearly all exemptions to military service. Despite plans to reduce troop levels from 618,000 to 500,000 and cut mandatory service to 18 months, military officials projected a shortfall of conscripts in coming years because of slowing population growth.

Barring any changes to the exemption rules, it looks as if BTS – whose members range in age from 21 to 25 – will trade in their flamboyant fashion and choreographed dance moves for army fatigues and military drills.

“It is a shame that it is being reported as if the seven members (of BTS) are excusing themselves from military enlistment,” Minister Do said. “As a matter of fact, they intend to do the exact opposite.”