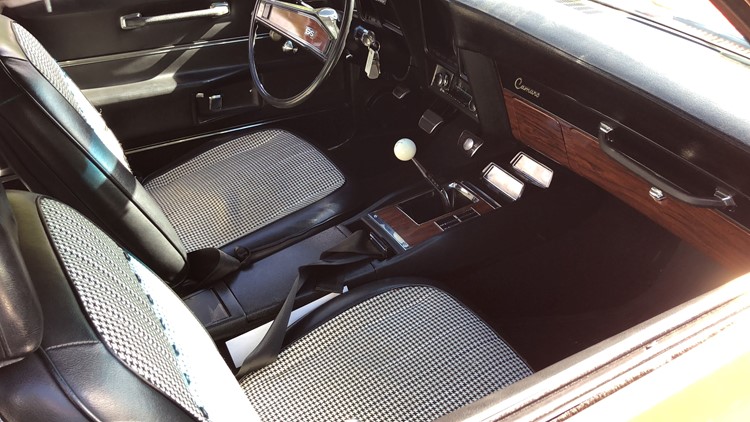 No, the stick shift isn't dead — and this Michigan company will teach you how to drive one

Who cares about manual transmissions?

Technically, manuals rank somewhere between an anachronism and an affectation. They’re slower and less efficient than the best automatic transmissions. Feet held to the fire, even manuals’ biggest fans would have to admit they’re a nuisance in heavy stop-and-go traffic.

But a diehard sliver of the population loves them anyway.

If you’re one of the more than 95 percent of the U.S. population who doesn’t seek them out, a manual transmission requires the driver to shift gears with a lever, with simultaneous fancy footwork on the accelerator and clutch pedals to match the engine’s revolutions per minute (rpm) to the speed the wheels are turning.

Success brings smooth starts and daring dives into curves. Failure brings the tortured sound of grinding gears and embarrassment of stalling in traffic.

Like waltzing, doing it well brings a feeling of grace and accomplishment that few feats match. Also like waltzing, fluency requires regular practice.

Plus, if you want to drive one of the classics and performance cars on parade at the Woodward Dream Cruise in Michigan this month, you probably need to know how to drive a stick. Many of the featured vehicles are undrivable for those who can’t drive a manual.

Learning to drive a manual

That’s part of the reason Traverse City, Michigan-based Hagerty Insurance, the largest insurer of classic cars, has taught 2,500 high school-age kids around the country how to drive a manual transmission since 2011.

Hagerty organizes six to eight classes each year. The company asks some of its clients to bring their personal collectible cars to the class. That means the lucky high school students have learned how to use a manual transmission in everything from vintage sports cars to a Packard luxury sedan and even some contemporary performance cars.

“Out of all those students, there were only two I think may never get it,” Hagerty communication specialist Tabetha Hammer said when I visited the company’s collection of classics to see five adult employees spend a morning learning. They got behind the wheel of cars that ranged from a 1965 Ford Mustang convertible to a ’69 Chevy Camaro SS, ’90 Mazda Miata and ’62 International Harvester Travelette, a farm truck that was one of the original crew-cab work pickups.

“If they grind the gears or stall, it’s no big deal,” said Hagerty claims agent Eric Carrillo, who coordinates the classes. “People are afraid they’re hurting the car if they grind. It’s a machine, you can’t hurt it. We’ll replace anything that breaks.

“We just want them to be comfortable.”

"What's that third pedal for?" and other questions are answered by an online tutorial Hagerty Insurance gives employees who want to learn about manual transmissions.
Mark Phelan/Detroit Free Press

Hagerty, which has 850 employees in Traverse City and about 1,000 around the world, holds employee classes nearly every week.

Students get an online presentation on how a manual works — you shift to higher gears as speed rises, lower as you slow; ease your foot off the clutch and press the accelerator for a smooth start. An instructor in each vehicle goes over that again in the morning. Within a few minutes everybody is driving down an empty street. Each student drives every vehicle, reinforcing the fact that no two vehicles are identical, so they should relax and expect a learning curve each time they drive a new manual.

Even some engineers can't do it

Chrysler director of chassis and vehicle dynamics Ray Durham picks a Jeep with a rugged engine and transmission when he teaches newly hired engineers and summer interns how to drive a manual. Many have never done it, but they’ll need to as they work on SUVs, muscle cars and vehicles sold in parts of the world where manuals are more common.

“The biggest thing is to build their confidence,” Durham said. “To that end, he picks a diesel, or a Jeep with an offroad transmission that’s exceptionally hard to stall.

“After a few starts, the fear leaves their eyes. Then we put ‘em in a Dodge Challenger or a Jeep Renegade,” vehicles that require a subtler use of the clutch.

“You can imagine being a young engineer who doesn’t know how to drive something,” Durham said. “You feel subpar. We try to keep them from ever being in that position.”

Manuals used to be common because they got better fuel economy than automatics, cost less and were more responsive in sporty driving. Modern automatics with electronic controls have pretty much erased those advantages.

“The transmission detects if the vehicle is going up or down a hill, if the driver is on a curvy road and is driving aggressively or just driving smoothly, it makes the proper adjustments to keep the transmission in the right gear, at the right time, all the time. “

Despite that, some drivers, particularly sports car owners, still prefer a manual.

I learned to drive at the wheel of a manual-transmission 24-speed diesel-powered tractor on a Saturday afternoon at the Massey-Ferguson proving ground where my father was a development engineer.

Like the rugged Jeeps that Durham pulls from Fiat Chrysler’s development fleet, it was virtually unbreakable and impossible to stall. Dad showed me how to start and stop, watched me do each a couple of times, then went to his office. My confidence soared, and by the end of the day, I believed I could drive anything, a feeling that has never changed.