That bottled water you paid $3 for may contain tiny particles of plastic: Study

Is there plastic in your bottled water? Yes, very likely. 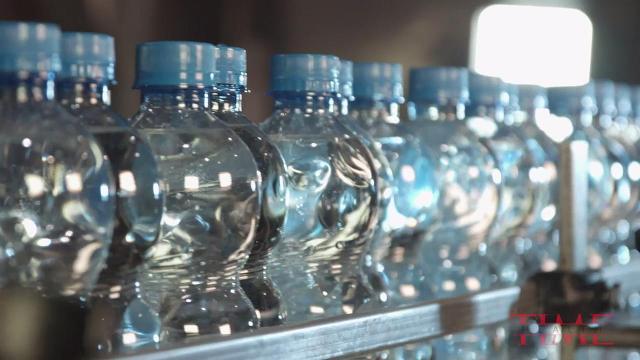 That bottle of water you forked over $1-3 for may contain tiny particles of plastic, according to a new report.

A recently released study tested 259 water bottles from 11 brands sold across nine countries, including the United States, and found that 93% of those tested contained microplastic contamination. The research, which was conducted by researchers at the State University of New York at Fredonia and non-profit journalism organization Orb Media, found an average of 10.4 plastic particles per liter of water, which is twice the amount of contamination found in tap water, according to another Orb Media investigation.

The study, which has not been peer-reviewed or published in a journal, tested well-known bottled water ranging from Aquafina, Dasani, Nestle Pure Life to San Pellegrino.

Researcher Sherri Mason of the State University of New York at Fredonia told AFP that 65% of the plastic particles found were "fragments" of plastic, and included the plastic used to make some bottle caps.

More: 94% of U.S. tap water contaminated by plastic fibers — including from the faucets at Trump Tower

More: Our trash is harming the deepest fish in the ocean

So, is it dangerous to drink bottled water?

Researchers caution that it's unclear what effect microplastics can have on the human body. And, microplastics have been found in everything ranging from fish and shellfish found at the super market to tap water.

The International Bottled Water Association President and CEO Joe Doss said in a statement that the "non-peer reviewed study" isn't based on sound science, and the "study's findings do nothing more than unnecessarily scare consumers."

"Consumers can remain confident that bottled water products, like all food and beverages, are strictly regulated by the U.S. Food and Drug Administration and, thus, are safe for consumption," Doss said in a statement. "The bottled water industry is committed to providing consumers with the safest and highest quality products."

The World Health Organization confirmed to BBC that it is launching a review into the potential risks of drinking bottled water.