A study from the Insurance Institute for Highway Safety study says computer-controlled robocars will only stop about one-third of crashes. 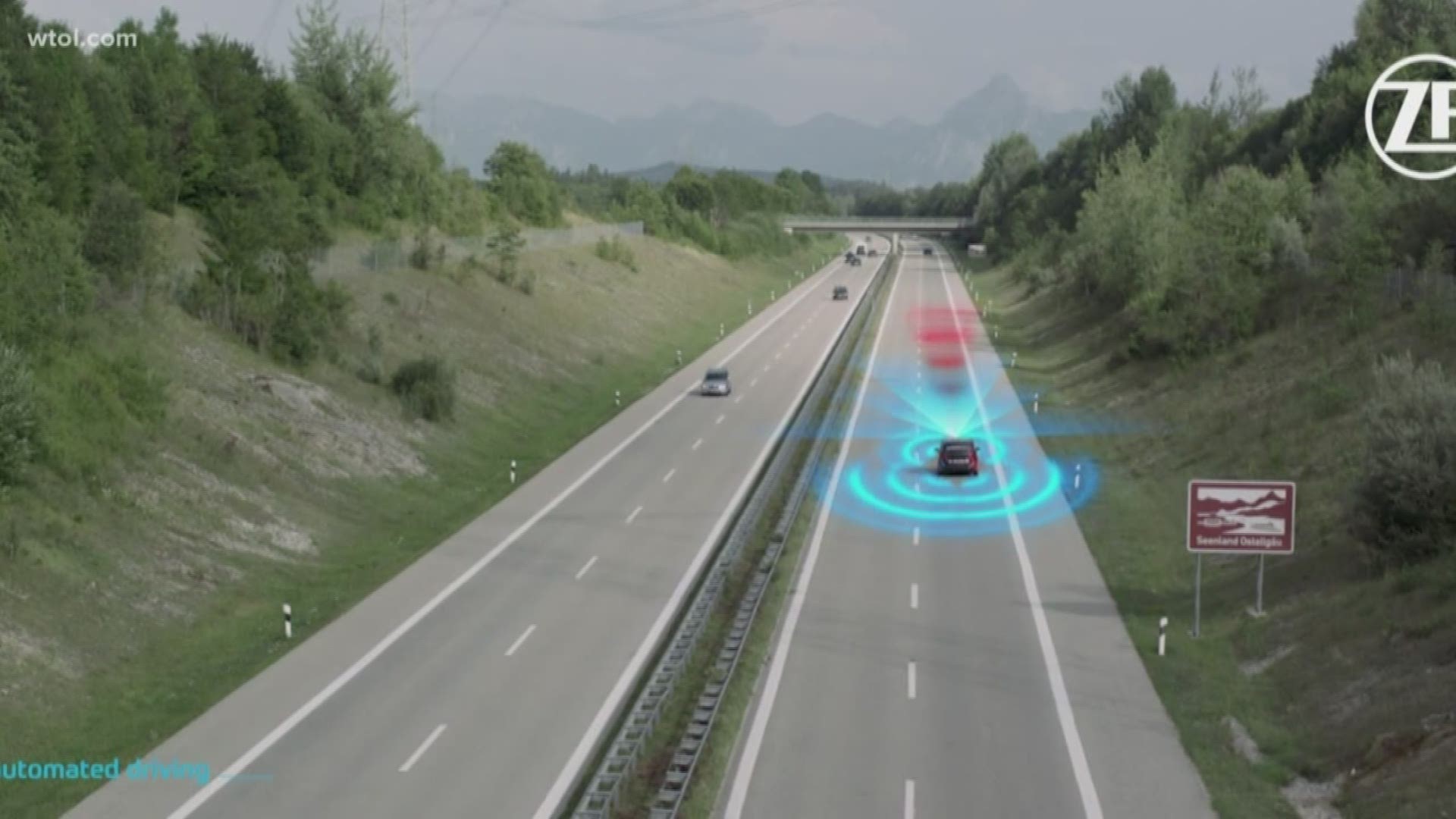 DETROIT — Editor's note: The video above was published in February.

A new study says that while autonomous vehicle technology has great promise to reduce crashes, it may not be able to prevent all mishaps caused by human error.

Auto safety experts say humans cause about 94% of U.S. crashes, but the Insurance Institute for Highway Safety study says computer-controlled robocars will only stop about one-third of them.

The group says that while autonomous vehicles eventually will identify hazards and react faster than humans, and they won’t become distracted or drive drunk, stopping the rest of the crashes will be a lot harder.

“We're still going to see some issues even if autonomous vehicles might react more quickly than humans do. They're not going to always be able to react instantaneously," said Jessica Cicchino, and institute vice president of research and co-author of the study.

RELATED: 5-year-old gets Lamborghini ride after he was caught driving on a Utah freeway

The IIHS studied over 5,000 crashes with detailed causes that were collected by the National Highway Traffic Safety Administration, separating out those caused by “sensing and perceiving” errors such as driver distraction, impaired visibility or failing to spot hazards until it was too late. Researchers also separated crashes caused by human “incapacitation” including drivers impaired by alcohol or drugs, those who fell asleep or drivers with medical problems. Self-driving vehicles can prevent those, the study found.

However, the robocars may not be able to prevent the rest, including prediction errors such as misjudging how fast another vehicle is traveling, planning errors including driving too fast for road conditions and execution errors including incorrect evasive maneuvers or other mistakes controlling vehicles.

For example, if a cyclist or another vehicle suddenly veers into the path of an autonomous vehicle, it may not be able to stop fast enough or steer away in time, Cicchino said. “Autonomous vehicles need to not only perceive the world around them perfectly, they need to respond to what's around them as well,” she said.

Just how many crashes are prevented depends a lot on how autonomous vehicles are programmed, Cicchino said. More crashes would be stopped if the robocars obey all traffic laws including speed limits. But if artificial intelligence allows them to drive and react more like humans, then fewer crashes will be stopped, she said.

“Building self-driving cars that drive as well as people do is a big challenge in itself,” IIHS Research Scientist Alexandra Mueller said in a statement. “But they'd actually need to be better than that to deliver on the promises we've all heard.”

Partners for Automated Vehicle Education, a group with many self-driving vehicle companies as members, said Thursday that the study incorrectly assumes superior perception and lack of distraction are the only ways autonomous vehicles can drive better than humans.

Autonomous vehicles, for instance, can be programmed to never break traffic laws, which the study blames for 38% of crashes. “The assumption that these behaviors could be altered by passengers in ways that so dramatically reduce safety is inconsistent with what our members tell us about the culture they bring to AV development,” said a statement from the group, which includes Ford, General Motors, Waymo, Lyft, Daimler, Volkswagen and others.

Study numbers show autonomous vehicles would prevent 72% or crashes, the group said, but the vehicles are so complex that the ultimate impact is only a guess.

Yet Missy Cummings, a robotics and human factors professor at Duke University who is familiar with the study, said preventing even one-third of the human-caused crashes is giving technology too much credit. Even vehicles with laser, radar and camera sensors don’t always perform flawlessly in all conditions, she said.

“There is a probability that even when all three sensor systems come to bear, that obstacles can be missed,” Cummings said. “No driverless car company has been able to do that reliably. They know that, too.”

Researchers and people in the autonomous vehicle business never thought the technology would be capable of preventing all crashes now caused by humans, she said, calling that “layman’s conventional wisdom that somehow this technology is going to be a panacea that is going to prevent all death.”

IIHS researchers reviewed the crash causes and decided which ones could be prevented, assuming that all vehicles on the road were autonomous, Cicchino said. Even fewer crashes will be prevented while self-driving vehicles are mixed with human driven cars, she said.

More than 60 companies have applied to test autonomous vehicles in California alone, but they have yet to start a fully-robotic large-scale ride-hailing service without human backup drivers.

Several companies including Alphabet Inc.‘s Waymo and General Motors’ Cruise had pledged to do it during the past two years, but those plans were delayed when the industry pulled back after an Uber automated test vehicle hit and killed a pedestrian in March 2018 in Tempe, Arizona.

Tesla Inc. CEO Elon Musk last year promised a fleet of autonomous robotaxis would start operating in 2020. But recently he has said he hopes to deploy the system with humans monitoring it in early 2021, depending on regulatory approval.

Credit: AP
In this Jan. 4, 2019, photo made with a slow shutter speed, one of the test vehicles from Argo AI, Ford's autonomous vehicle unit, navigates through the strip district near the company offices in Pittsburgh. The people developing self-driving vehicles say it could be anywhere from 10 years to decades before the cars will be carrying passengers in every city. Researchers are trying to conquer a number of obstacles. (AP Photo/Keith Srakocic)