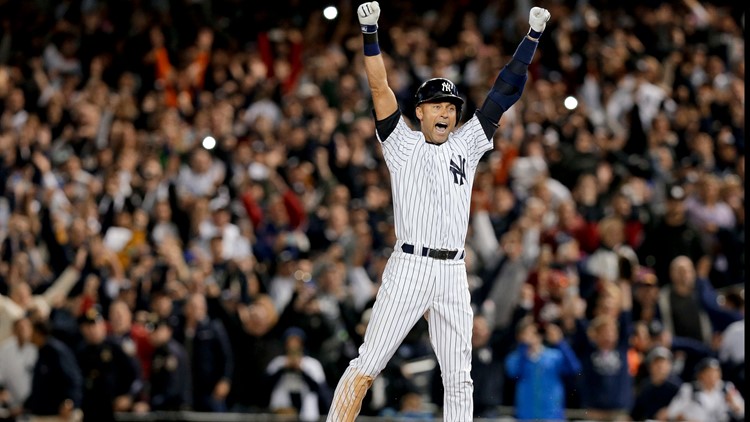 Photo by: AP
FILE - In this Sept. 25, 2014, file photo, New York Yankees' Derek Jeter jumps after hitting the game-winning single against the Baltimore Orioles in the ninth inning of a baseball game, in New York.

Former New York Yankee legend Derek Jeter came just one vote shy of becoming the second person ever to be unanimously voted into the Baseball Hall of Fame.

The Hall of Fame's Class of 2020 was announced Tuesday evening and also includes Larry Walker, who spent a 17-year career with the Colorado Rockies, St. Louis Cardinals and Montreal Expos.

The longtime New York Yankees captain appeared on 396 of 397 ballots cast by the Baseball Writers' Association of America.

New York Yankees closer Mariano Rivera became the first player to appear on every ballot when he swept last year's election. Ken Griffey Jr. was three votes short perfection in 2016, breaking the mark of five shy that had been held since 1992 by Tom Seaver.

It was not immediately known which voter didn't choose Jeter. Walker made it by six votes in his 10th and final appearance on the BBWAA ballot, up from 54.6% last year.

ESPN reported that former pitcher Curt Shilling got 70% in his eighth season on the ballot, just shy of the 75% threshold required to earn baseball's highest honor.