The central bank said it will keep rates at nearly zero until it feels confident the economy has weathered recent events. 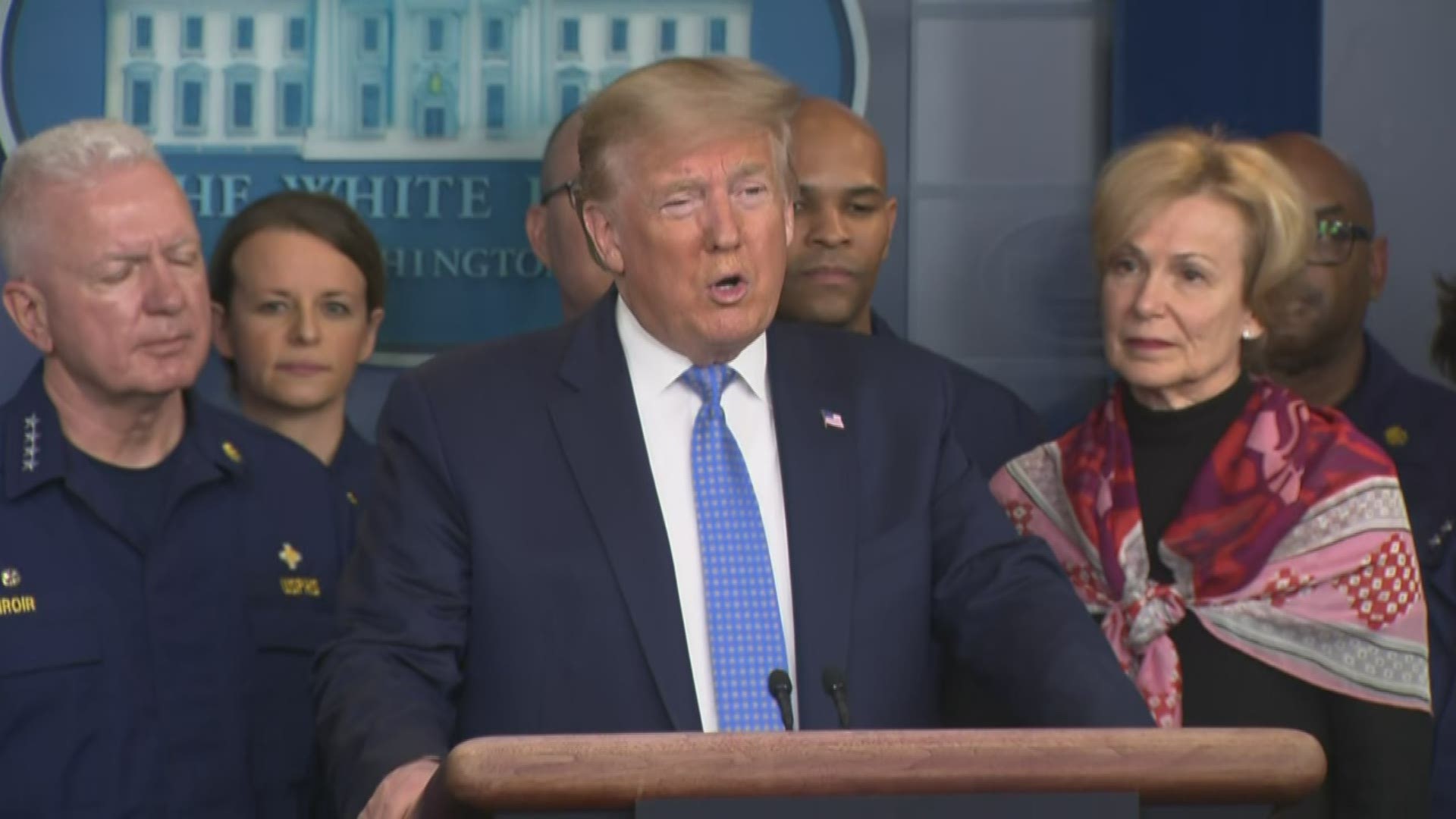 WASHINGTON — The Federal Reserve took emergency action Sunday and slashed its benchmark interest rate by a full percentage point to nearly zero and announced it would purchase more Treasury securities to encourage lending to try to offset the impact of the coronavirus outbreak.

The Fed also said it will purchase $500 billion of Treasury securities and $200 billion of mortgage-backed securities to smooth over market disruptions that have made it hard for banks and large investors to sell Treasuries.

The disruptions bumped up the yield on the 10-year Treasury last week, an unusual move that threatens to push borrowing costs for mortgages and credit cards higher. The Fed also said it has dropped its requirements that banks hold cash reserves in another move to encourage lending.

The Washington Post reported this is the most dramatic step since the 2008 financial crisis to bolster the U.S. economy in the face of the coronavirus outbreak.

RELATED: US internet is well-equipped to handle coronavirus work from home surge

"They did it in one step," Trump said. "People, the market, should be very thrilled." The president said the action brings the U.S. in line with other countries, but acknowledged some nations now have negative rates, compared to the Fed's slash to a nearly zero interest rate.

But on Saturday, Trump said he has the power to fire or demote Federal Reserve Chairman Jerome Powell, adding new fuel to his criticism of the central bank’s leader as the economy is at risk of edging into recession.

Trump told reporters Saturday that he wasn’t considering firing Powell, but reiterated his frustration with the chairman. The comments were particularly striking because the coronavirus pandemic has shaken the global economy. The Dow Jones Industrial Average had its worst week since October 2008. In just a few weeks, U.S. stocks have lost all the gains made during 2019.

More than a decade ago, world leaders took fast action together to combat a global financial crisis. That is not how things are turning out now as governments try to limit the damage to the economy from the COVID-19 outbreak.

Central banks and leaders are doing things on their own without looking to the Group of 20 to give their actions a collective impact. Economists say that everyone running in their separate track doesn't give markets as much confidence.

Leaders of the Group of Seven rich democracies will talk on Monday. Previous statements during this crisis haven't had much impact.