Kanye West distances himself from Blexit and Trump: 'I’ve been used to spread messages'

In a series of tweets, Kanye sought to clear his name after the Blexit campaign revealed a line of clothing that claimed it was designed by the rapper. 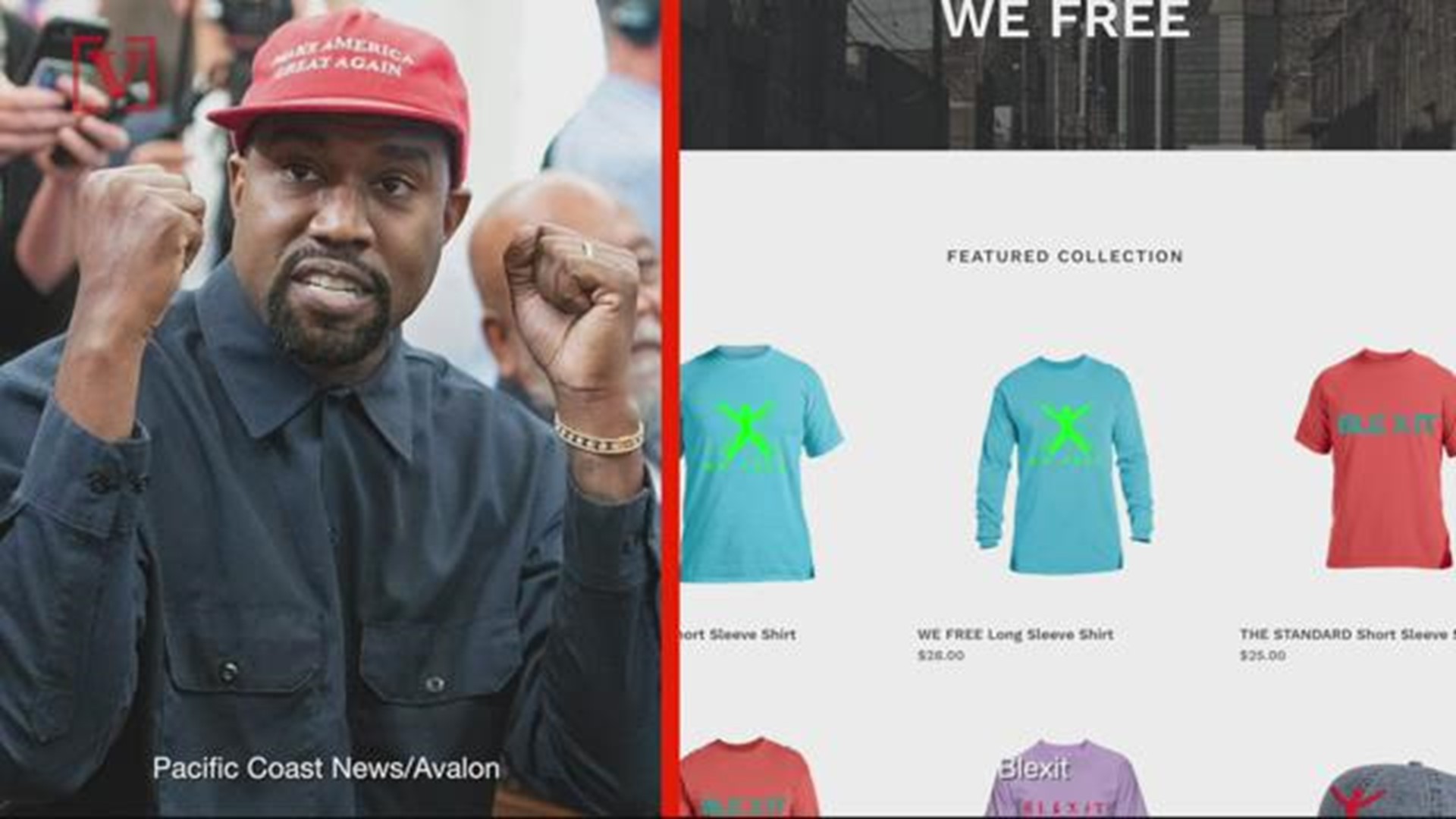 Kanye West is done with politics and his bromance with President Donald Trump may be over.

The controversial rapper, who has become one of Trump's highest-profile celebrity supporters, took to Twitter Tuesday to say he has become a political pawn.

"My eyes are now wide open and now realize I’ve been used to spread messages I don’t believe in," West, 41, tweeted.

He continued: "I am distancing myself from politics and completely focusing on being creative !!!"

His latest revelation came after a series of tweets, where the rapper sought to clear his name after the Blexit campaign revealed a line of shirts and hats that proudly tout, "Design by Kanye West." "Blexit" is short for "Black Exit," urging black voters to leave the Democratic Party.

"I introduced Candace (Owens) to the person who made the logo and they didn’t want their name on it so she used mine," West stated. "I never wanted any association with Blexit."

My eyes are now wide open and now realize I’ve been used to spread messages I don’t believe in. I am distancing myself from politics and completely focusing on being creative !!!

I introduced Candace to the person who made the logo and they didn’t want their name on it so she used mine. I never wanted any association with Blexit. I have nothing to do with it.

The Blexit movement encourages the black community and "free thinkers across the country" to abandon "an emotionally abusive relationship" with the Democratic party, in pursuit of "freedom over tyranny."

"Blexit is a renaissance and I am blessed to say that this logo, these colors, were created by my dear friend and fellow superhero Kanye West," Owens announced to the crowd.

West, however, set the record straight – "I have nothing to do with it."

West previously praised Owens, a fellow supporter of the president, and she returned the favor Saturday.

"(West) has taken one of the boldest steps in America to open a conversation we have needed to have," she said. West was not at the summit, but Owens said the rap mogul was "here in spirit."

The line of shirts comes in turquoise, coral and purple, and a variety of styles, and costs $25-$28. The hats, which come only in light blue denim, are emblazoned with two different slogans: "Blexit" or "We Free." They're $25.

The rapper's latest political moves come less than a month after his bizarre visit with President Trump at the White House.

During the wide-ranging discussion, West dropped an F-bomb, ("Put the beep on however you want to do it and have a five-second delay,” he warned reporters), explained why he famously derided former President George W. Bush as racist while defending Trump ("I was in a victim mentality") and announced that he had been misdiagnosed with bipolar disorder when he was actually merely sleep deprived.

Last week, the rapper briefly stumped with Chicago mayoral hopeful Amara Enyia along with Chance the Rapper on the city's South Side.