The video shows the Osiris-Rex spacecraft crushing rocks as it touched down briefly in an effort to collect samples for return to Earth. 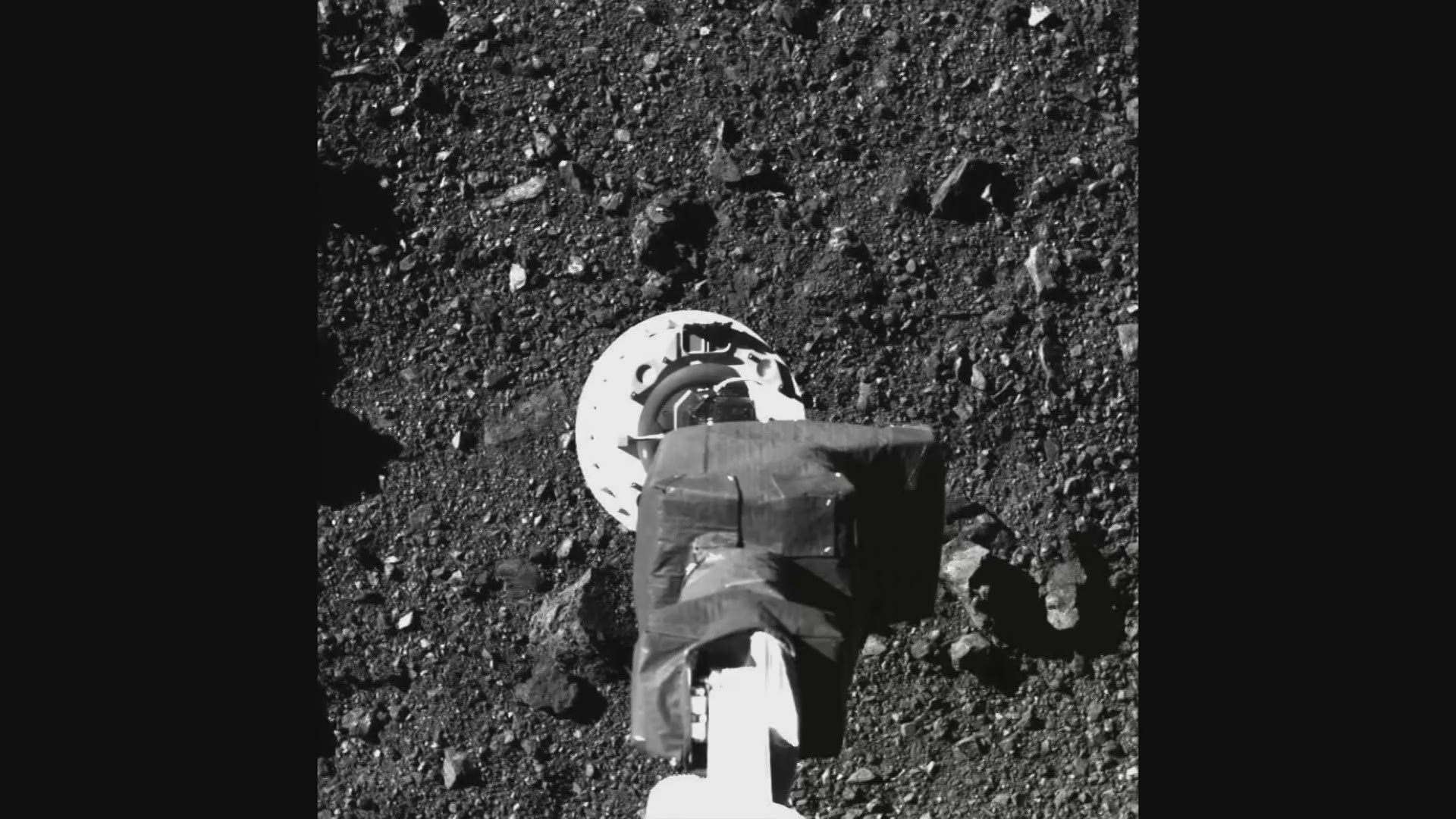 NASA's Osiris-Rex spacecraft crushed rocks and sent rubble flying as it briefly touched an asteroid, a strong indication that samples were collected for return to Earth, officials said Wednesday.

Scientists won't know until next week how much was gathered at asteroid Bennu — they want at least a handful of the cosmic rubble. But close-up pictures and video of Tuesday's touch-and-go operation raised hopes that goal was achieved.

“We really did kind of make a mess on the surface of this asteroid, but it’s a good mess, the kind of mess we were hoping for,” said lead scientist Dante Lauretta of the University of Arizona at Tucson.

It was the first asteroid-sampling effort by the U.S., coming four years after the spacecraft rocketed from Cape Canaveral and two years after it reached Bennu. Japan has taken asteroid samples twice.

The carbon-rich Bennu is a time capsule believed to contain the original building blocks of the solar system 4.5 billion years ago and, as such, can help scientists better understand the origins of Earth and life as we know it.

Osiris-Rex scored a near bull’s-eye, reaching down with its robot arm to within a yard (meter) of its intended target zone in the center of boulder-rimmed Nightingale Crater. The sampling container on the arm made contact with the black, crumbly terrain for about six seconds and pushed at least three-quarters of an inch (2 centimeters) into the ground, crushing a large rock in the process, officials said.

Credit: AP
In this image taken from video released by NASA, regolith is dispersed as the Osiris-Rex spacecraft attempts to take a sample of the surface of asteroid Bennu on Tuesday, Oct. 20, 2020. (NASA via AP)

RELATED: NASA touches down on asteroid the size of the Empire State Building in historic mission

As planned, pressurized nitrogen gas fired onto the surface a second later, to kick up a shower of debris so the spacecraft could suck up as much dust and as many pebbles as possible.

The spacecraft quickly backed away and, by Wednesday, was a safe 50 miles (80 kilometers) from Bennu.

Several hours passed before the pictures started pouring in. Lauretta said he was up until the wee hours Wednesday, overjoyed at what he saw. He watched the touch-and-go video about 100 times — “it's just so cool” — then went to sleep.

“I dreamed of a wonder world of Bennu regolith particles floating all around me,” he said.

Over the next few days, a camera on the spacecraft will aim at the sampler on the end of the robot arm, looking for signs of asteroid residue. If the lighting is right, the camera might even be able to peek into the sample chamber. The spacecraft will also be put into a slow spin, with its arm extended, to provide a more accurate measure of the precious payload.

Based on the images, “the sampling event went really well, as good as we could have imagined it would, and I think the chances that there’s material inside ... have gone way up,” Lauretta said.

If fewer than 2 ounches (60 grams) were collected, the team must decide by Oct. 30 whether to try again. A second attempt would not occur until January — at another location.

The plan calls for Osiris-Rex to depart Bennu in March, which would put the samples on track for a touchdown in the Utah desert in 2023.