The vice president called out Nike for removing Houston Rockets merchandise in China stores after a tweet from the team's general manager angered China's government. 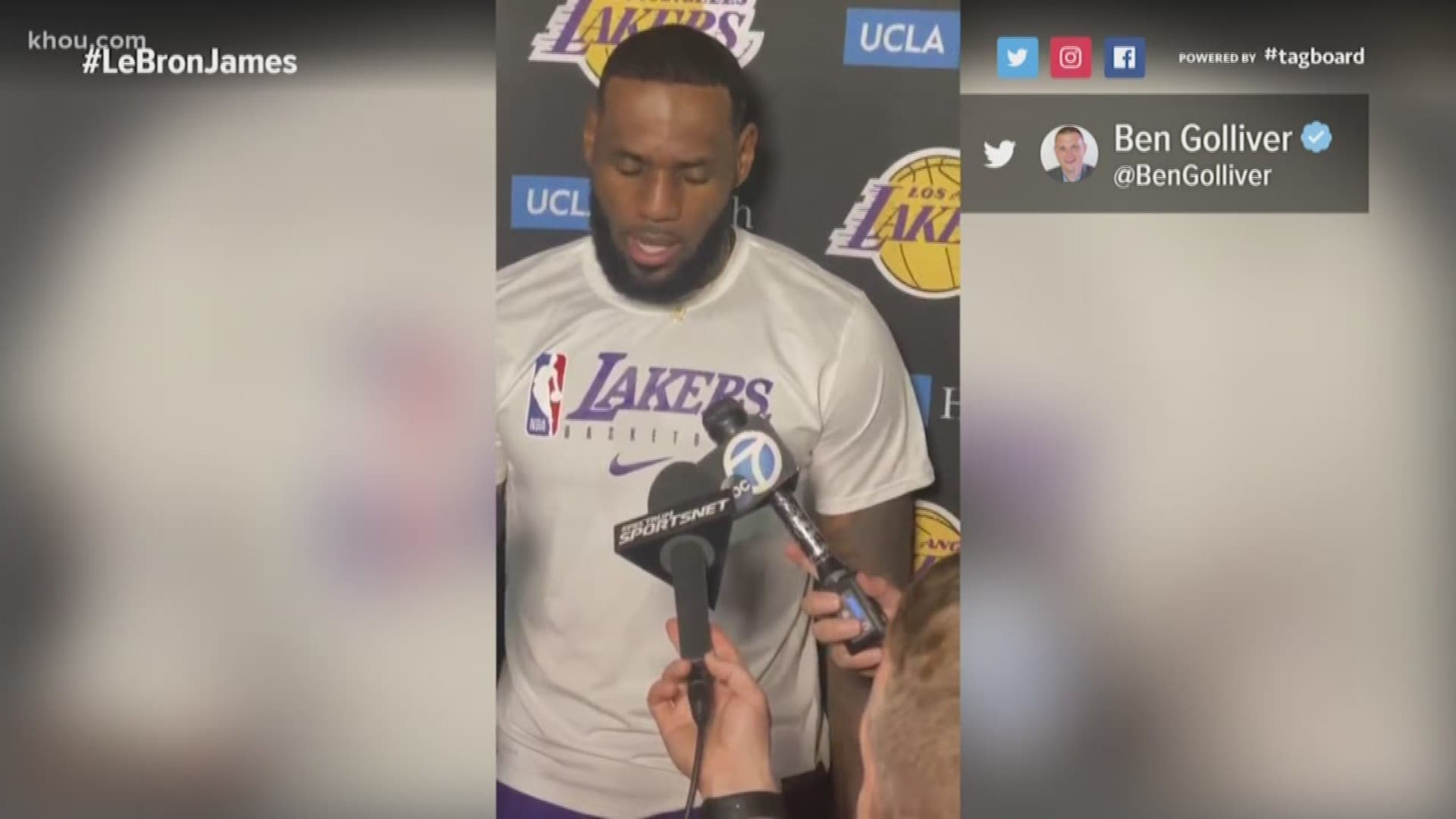 WASHINGTON — Vice President Mike Pence took a swipe at Nike and the NBA on Thursday in a speech criticizing communist China's record on trade and human rights, saying American corporations have been too willing to ignore censorship and repression in pursuit of profits.

Pence singled out the shoe company for removing Houston Rockets merchandise from stores in China after the team's general manager angered the Chinese government with a tweet supporting anti-government protesters in Hong Kong.

The NBA was acting like a "wholly owned subsidiary" of China's "authoritarian regime" for failing to stand up to the government's criticism of Rockets General Manager Daryl Morey, he said.

"Nike promotes itself as a so-called 'social-justice champion,' but when it comes to Hong Kong, it prefers checking its social conscience at the door," the vice president said in a speech laying out the Trump administration's approach to China.

The speech was delivered as President Donald Trump seeks to close a new trade deal with China, with Pence cast in a hard-line role. He criticized past administrations for tolerating unfair economic and trade practices and repressing Chinese citizens.

"The political establishment was not only silent in the faces of China's economic aggression and human rights abuses, but enabled them," Pence said. 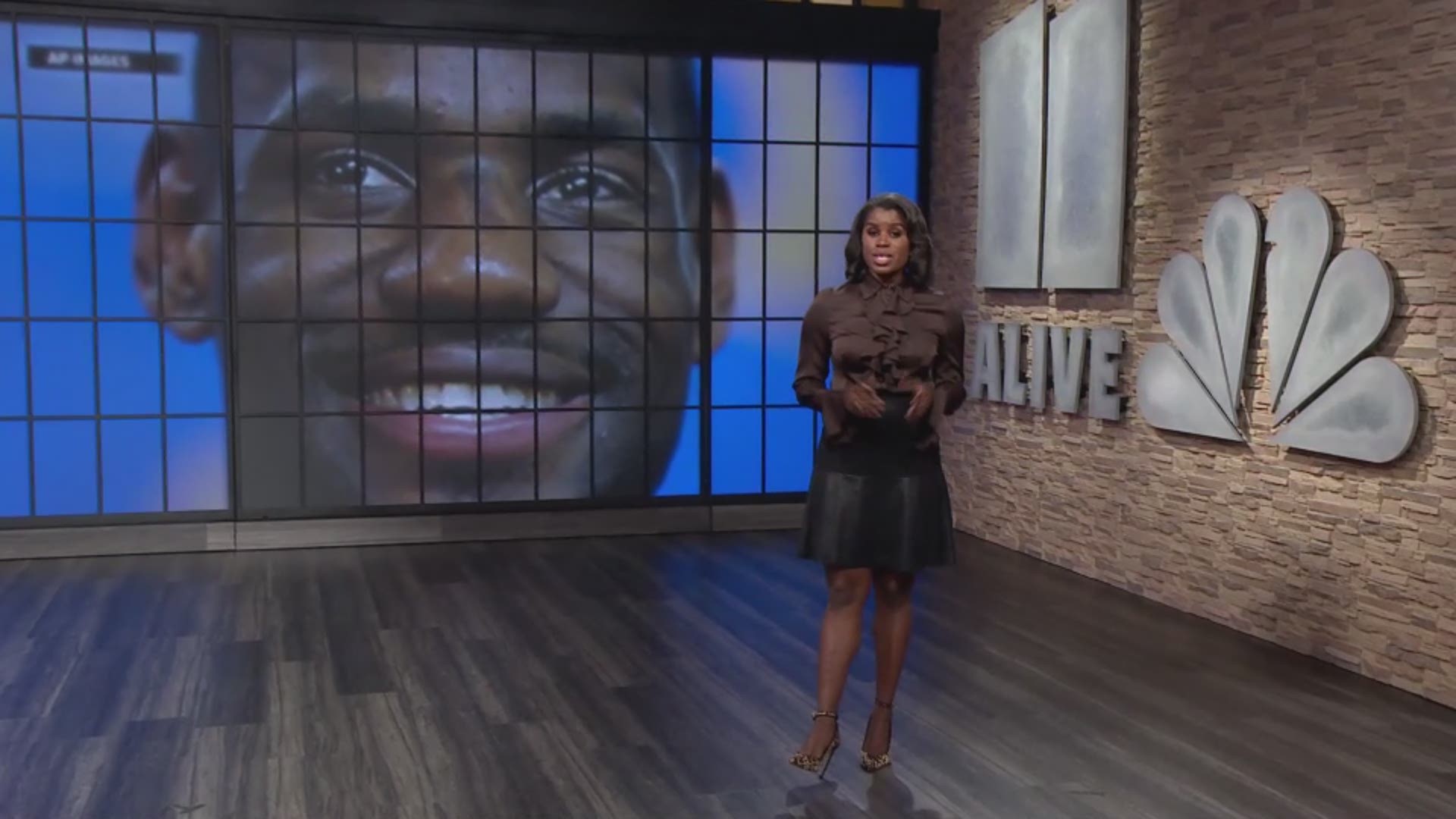 Trump has done business in several countries with poor human rights records. He received as much as $1 million last year for soaring twin towers bearing his name in Turkey, where the president has imprisoned more than 150 journalists since a failed coup three years ago. And before he ended the venture three years ago, Trump earned millions for licensing his name for a building in Azerbaijan, whose government has imprisoned dozens of critics, journalists and activists, according to Human Rights Watch.

Trump has planted the seeds for possible future business in China, too. Since he took over as president, Trump and his daughter Ivanka have won dozens of trademarks from the Chinese government for exclusive use of various names for restaurants, bars, hotels, clothing and shoes, and other products and services in the country.

Trump's administration has also escalated pressure on Chinese trade, foreign and economic policies, including a tit-for-tat exchange of trade tariffs on billions of products.

On Oct. 11, the United States and China reached a tentative cease-fire in their trade dispute. The Trump administration agreed to suspend plans to raise tariffs on $250 billion in Chinese imports from 25% to 30% on Oct. 15, and China agreed to buy more U.S. farm products.

Negotiators are still working out details of the modest "phase one" deal in time for Trump and his Chinese counterpart, Xi Jinping, to sign it at an Asia-Pacific summit next month in Santiago, Chile. But the big issues dividing the world's two biggest economies — most involving China's aggressive push to challenge U.S. technological dominance — remain unresolved.

Pence said the FBI has 1,000 active investigations into intellectual property theft, the majority involving China. In March, Tesla sued a former engineer accused of stealing 300,000 files related to an autopilot system before bolting for a job at a Chinese self-driving car company, he said.

Last December, the Justice Department announced it had broken up a hacking operation in which Chinese officials stole the names and data of 100,000 U.S. Navy personnel as well as ship maintenance information "with grave implications for our national security," Pence said.

At a separate cybersecurity event in Washington, the Justice Department's top national security official, John Demers, said any progress in trade talks would have no bearing on future prosecutions involving Chinese espionage or intellectual property theft. Only a change in behavior by the Chinese would affect those decisions, he said.

The Justice Department has focused attention on the problem, creating a "China initiative" to devote resources to it. As part of that effort, the FBI has been reaching out to universities across the country to warn them that their research is vulnerable to being stolen by China.

Pence also chided China for its repression of religious minorities and its aggressive territorial disputes with smaller neighbors. He said the U.S. stands with the pro-democracy protesters in Hong Kong.

Many of the protesters fly American flags. Trump has said he would "like to see a very humane solution" to the demonstrations.

"I hope that's going to happen," he said Oct. 7 at the White House. "And, you know, Hong Kong is very important as a world hub — not just for China, but for the world."

Trump said he is hopeful that a deal can be worked out. "I think President Xi has the ability to do it," he added.

China took control of Hong Kong from Britain in 1997 under an agreement in which Beijing promised to let the city maintain its own legal and financial system and preserve civil liberties unseen on the mainland. The protesters fear Beijing is reneging on those promises.

Associated Press writers Eric Tucker and Paul Wiseman in Washington and Bernard Condon in New York contributed to this report.