Remembering the 17 victims of the Missouri duck boat tragedy

The Stone County Sheriff's Office released on Friday night the identity of those killed in Thursday's duck boat sinking on Table Rock Lake in Branson, Missouri.

Officials say the duck boat, an amphibious tour vessel, went down during a windy thunderstorm with 31 people aboard, and 17 died.

The National Transportation Safety Board is investigating.

Nine members of an Indiana family died as a result of the tragedy.

Family member Ingrid Coleman mourned the deaths on Friday night from her home in Indianapolis. "They were very loved. It’s a huge family on all sides," she said.

The victims included her two uncles, aunt, cousins and their children. "It’s unimaginable. I would never have thought I would have lost this number of people this way."

Robert "Bob" Williams was working to establish a center that serves veterans and the homeless. Williams and his wife, Judith, were inaugural board members of the USA Veterans Hope Center in Springfield, Missouri.

Williams, who grew up in Alabama, moved to the Branson area after working for years in building maintenance at the Rhode Island Public Transit Authority. He formerly worked as a chauffeur at Branson Limousine & Executive Charter Inc.

Branson Mayor Karen Best said Williams, known as “Capt. Bob,” was a pillar in their community and someone who constantly tried to promote the city.

“He loves Branson,” she said, adding he was one of the “great, great men in our community” who would be sorely missed.

She told reporters as she was consoling his wife, the two shared fond memories of Williams.

Williams’ wife said he was actually planning to take over her job, telling Best with a smile “my husband was going to run for mayor when you were finished.”

Williams also served on the city’s chamber of commerce.

William Asher, 69, and Rosemarie Hamann, 68, were among the 17 people killed Thursday, July 19, 2018, during the capsizing of a duck boat in Branson.
Courtesy of Christine Herpers via Springfield News-Leader

The St. Louis-area couple had been celebrating Rosemarie Hamman's birthday earlier in the week. In a final Facebook photo posted by Hamann, he's sticking his tongue out and she's smiling.

"I can only imagine what they were going through. They were so in love. It's just heartbreaking," said friend Russ McKay, who talked to Hamann the day before the accident.

McCay said Hamann told him the couple had just gone on a paddle boat and were planning to go again. He doesn't know why they chose the duck boat instead.

"This was their getaway, just for them," she told the paper.

"My brother was my best friend in the world. He was the one person– It was just him and I," she said.

Karen Abbott lost her brother and sister-in-law in the Duck Boat disaster. She blames the company, says they were negligent, says they should cease operations, says they haven’t apologized and haven’t returned her calls. Story soon by me and @eadler. pic.twitter.com/jOjQgA5FAC

64-year-old Leslie Dennison was on the boat with her granddaughter, 12-year-old Alicia Dennison. Alicia said her grandmother saved her from drowning. Alicia's father, Todd Dennison, told the Kansas City Star that his daughter recalled feeling her grandmother below her, pushing her upward after the boat capsized. 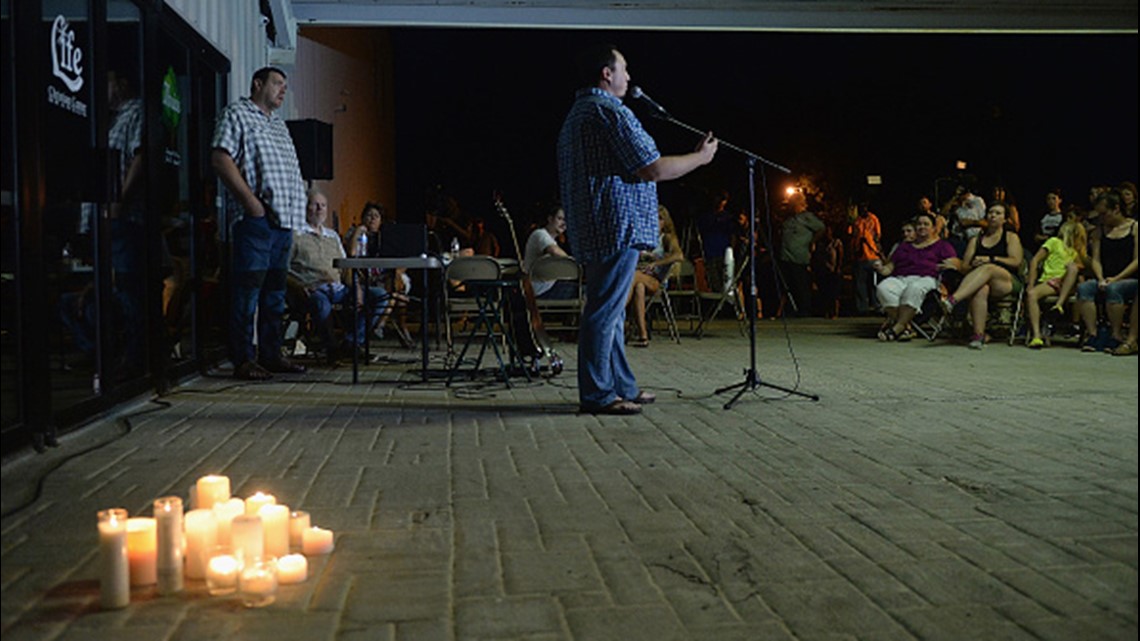