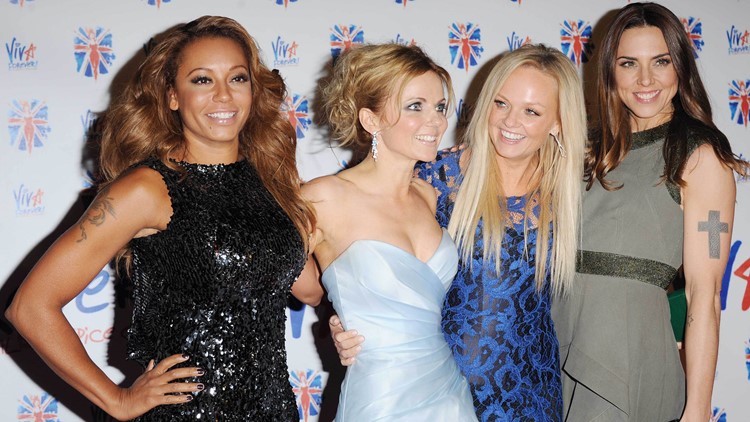 Photo by: Stuart C. Wilson / Getty Images
Melanie Brown, Geri Halliwell, Emma Bunton and Melanie Chisholm attend the after party for the press night of 'Viva Forever', a musical based on the music of The Spice Girls at Victoria Embankment Gardens on December 11, 2012 in London, England.

Spice Girls to reunite for 2019 tour without Victoria Beckham

LONDON (AP) — The Spice Girls are officially reunited and headed back on tour – minus one of their founding members.

Victoria "Posh Spice" Beckham, the fifth member of the Spice Girls, will not be joining her former bandmates on tour.

The '90s favorites performed as a four-piece for two years after Horner quit the band in 1998. They officially split in 2000 before reuniting at the 2012 London Olympics.