The order President Donald Trump spoke about Monday applies to one segment of Medicare recipients — people living in rural communities. 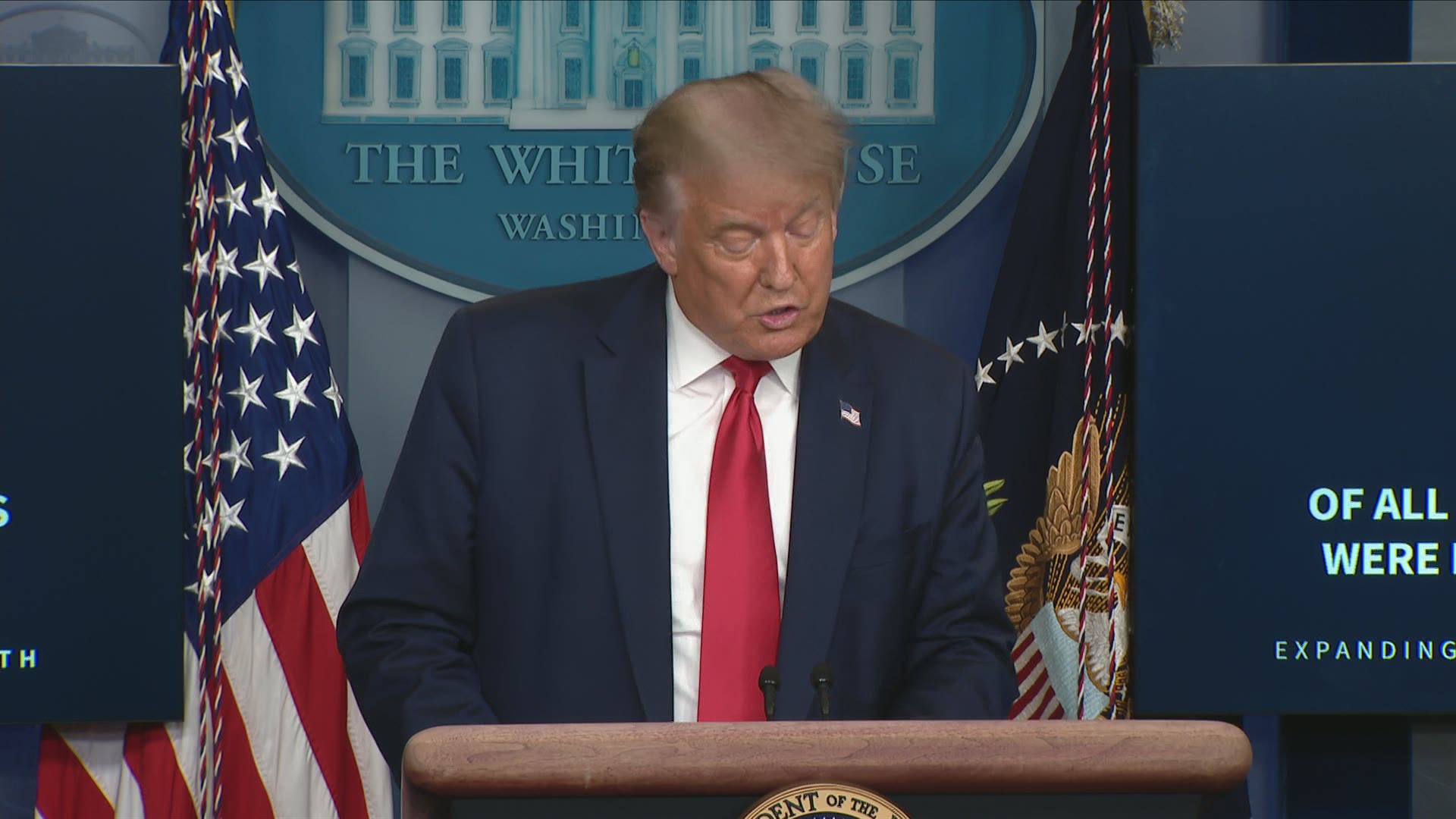 WASHINGTON D.C., DC — The Trump administration is taking steps to give telehealth a broader role under Medicare, with an executive order that serves as a call for Congress to make doctor visits via personal technology a permanent fixture of the program.

President Trump announced that he signed the order Monday, during a White House press briefing.

The order President Donald Trump spoke about Monday applies to one segment of Medicare recipients — people living in rural communities. But administration officials said it's intended as a signal to Congress that Trump is ready to sign more significant legislation that would permanently open up telehealth as an option for all people with Medicare.

Officials provided some details of the plan on condition of anonymity ahead of an official announcement. Trump's executive order also will set in motion an experiment under which hospitals in rural communities could receive a more predictable stream of Medicare payments in exchange for delivering better performance on certain measures of quality.

Taken together, the steps are modest — far short of the health plan Trump promised when he was elected but has not been able to deliver. Still, Trump is trying to send a signal to voters in rural areas, where long road trips for medical care are common, that he has not lost sight of their interests.

The telehealth measure directs the departments of Agriculture and Health and Human Services, as well as other agencies, to work together to promote the availability of services in rural communities.

And it aims to permanently expand the kinds of services that can be provided via telehealth. Officials said examples include emergency room visits, nurse consultations, and speech and occupational therapy.

Medicare has greatly expanded coverage of telehealth across the country as part of its emergency plan to confront the coronavirus pandemic. But that expansion will end in most places once the public health emergency is over. The administration has regulatory authority to permanently expand some services in rural areas, but Congress must sign off on a broader program that would make telehealth a permanent option for people living in cities and suburbs. There's bipartisan support for that, but it's unclear anything can happen before the November election.

Medicare statistics show telehealth has been popular. Officials expanded payment for such services as a way to keep seniors safe at home. In the last week of April, 1.7 million Medicare recipients relied on telehealth. Before the pandemic the number was only in the thousands.