Trump: Kaepernick 'absolutely' should get another NFL shot 'if he deserves it'

Colin Kaepernick launched a movement of kneeling during the National Anthem to protest racial injustice, an act that has drawn the president's ire. 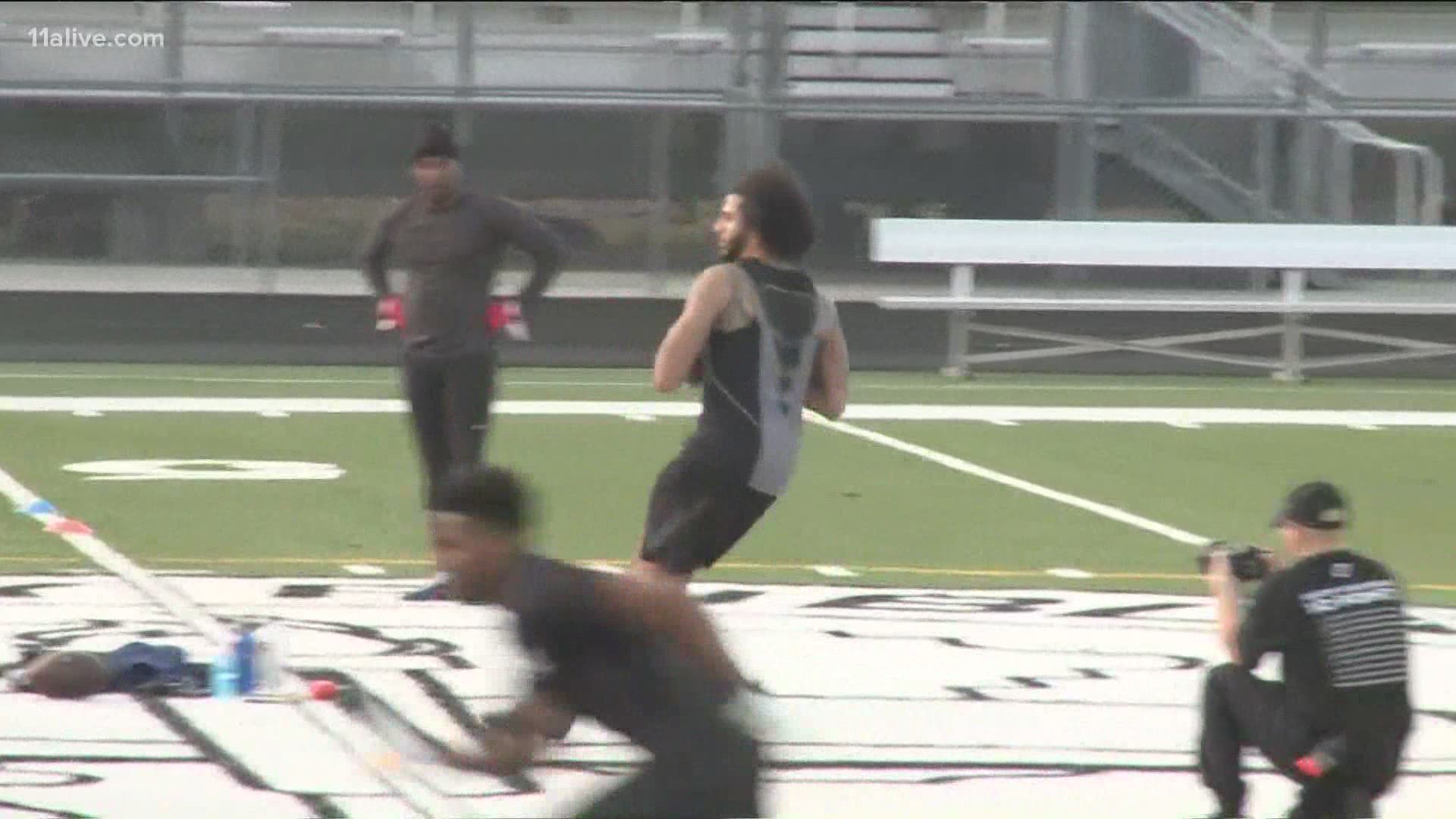 President Donald Trump on Wednesday said quarterback Colin Kaepernick, who launched the practice of kneeling during the National Anthem to protest racial injustice, should get another shot at playing in the NFL "if he deserves it."

The president, speaking to reporters outside the White House, also weighed in on recent statements by the NFL and the U.S. Soccer Federation indicating they would relax rules about standing for the anthem. Trump has criticized players who have taken part in the protest and said they should be suspended or fired, claiming they are disrespecting the American flag.

But his comments on Kaepernick largely focused on the quarterback's playing ability.

"If he deserves it, he should (get another shot). If he has the playing ability," Trump said. "He started off great and then he didn't end up very great as a player."

Trump added Kaepernick was "terrific" in his rookie season and had a good second year, "and then something happened. His playing wasn't up to snuff."

Kaepernick threw five passes his rookie year of 2011 with the San Francisco 49ers. The next season, he replaced an injured Alex Smith mid-season and fell just short of winning Super Bowl XLVII.

In some respects, his final season of 2016 was among his best despite playing on a depleted roster. He threw 16 touchdowns in 11 starts with only four interceptions and rushed for 468 yards.

"The answer is absolutely I would," Trump said of supporting another chance for Kaepernick.

"As far as kneeling, I would love to see him get another shot," he continued, an unusual statement given Trump's stated feelings on the subject of kneeling. "But obviously has has to be able to play well. If he can't play well, I think it would be very unfair."

Trump's comments come a couple days after NFL Commissioner Roger Goodell said he is encouraging teams to sign Kaepernick, who has not been on a roster for the past three seasons since the year he began the protests.

Trump also said he disagreed with statements from the NFL and the U.S. Soccer Federation appearing to indicate they would not enforce standing for for the anthem. USSF had required players to stand for the anthem after U.S. Women's National Team star Megan Rapinoe kneeled in 2017 in support of Kaepernick.

RELATED: US Soccer repeals ban on kneeling during national anthem

"We support U.S. Soccer and now they go out and they say that 'you can do whatever you want.' No. We have to show respect for our flag and for our National Anthem," Trump said.

Trump recently reiterated his belief that kneeling during the National Anthem is a sign of disrespect for the U.S. flag. The issue bubbled up when New Orleans Saints quarterback Drew Brees told Yahoo on June 3 that “I will never agree with anybody disrespecting the flag of the United States," when asked about kneeling.

Brees apologized after drawing outrage from several players, including many of his own teammates. Trump said Brees shouldn't have apologized.

"OLD GLORY is to be revered, cherished, and flown high. We should be standing up straight and tall, ideally with a salute, or a hand on heart," Trump tweeted.

Brees responded, saying "We can no longer use the flag to turn people away or distract them from the real issues that face our black communities."

Los Angeles Chargers head coach Anthony Lynn on Wednesday said Kaepernick is on the team's workout list. But Lynn says he first wants to see how the three quarterbacks on his roster perform -- something he hasn’t been able to do during the offseason due to the coronavirus pandemic. Longtime starter Phillip Rivers recently signed with the Indianapolis Colts.