Trump has made slashing government regulation a hallmark of his presidency, promoting it as a way to boost jobs. 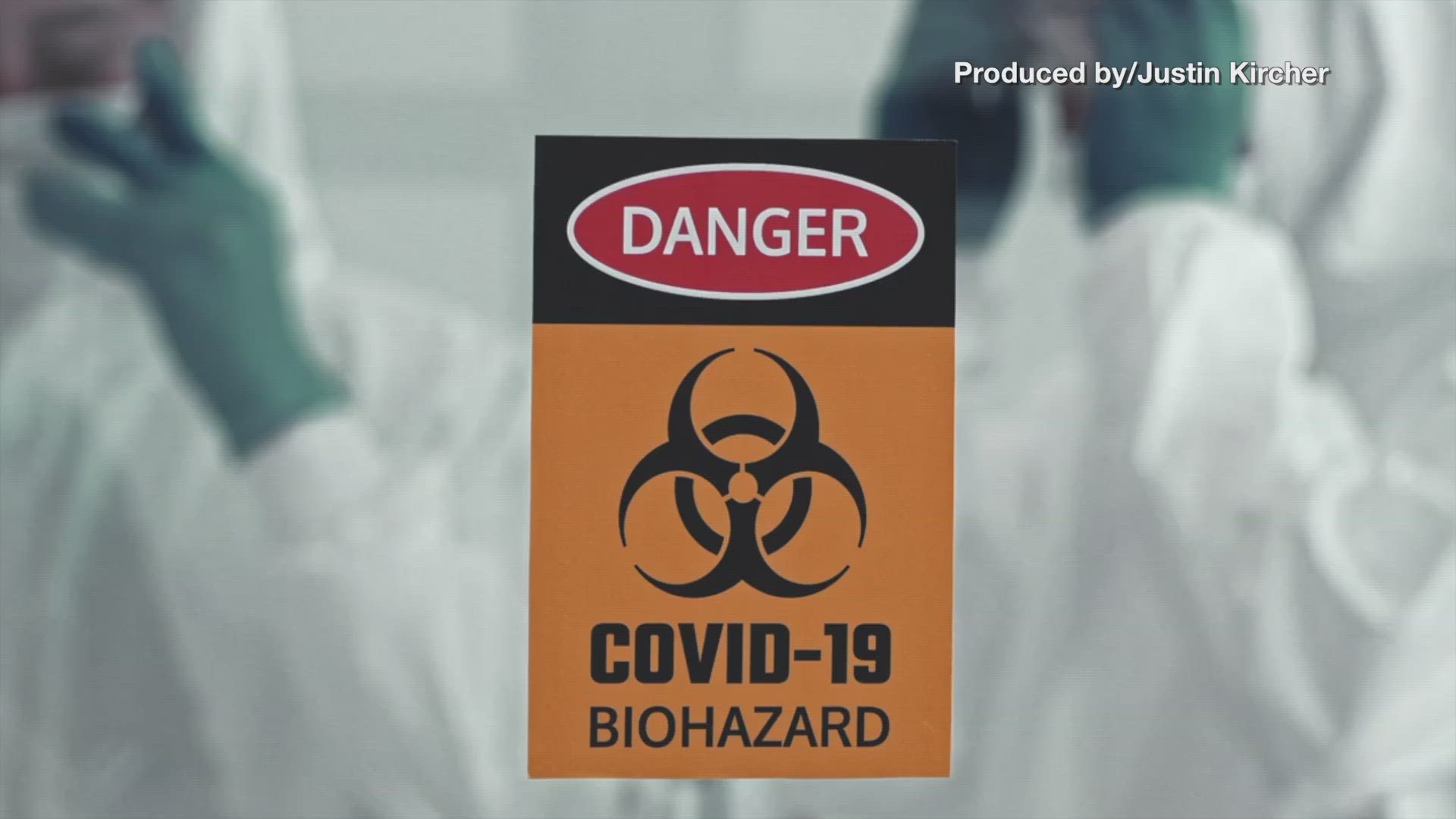 WASHINGTON — President Donald Trump announced Wednesday that he is rolling back a foundational Nixon-era environmental law that he says stifles infrastructure projects, but that is credited with keeping big construction projects from fouling up the environment and ensuring there is public input on major projects.

“Together we’re reclaiming America’s proud heritage as a nation of builders and a nation that can get things done,” Trump said.

Trump was in Atlanta to announce changes to National Environmental Policy Act regulations for how and when authorities must conduct environmental reviews, making it easier to build highways, pipelines, chemical and solar plants and other projects.

The 1970 law changed environmental oversight in the United States by requiring federal agencies to consider whether a project would harm the air, land, water or wildlife, and giving the public the right of review and input.

Critics called Trump's move a cynical attempt to limit the public’s ability to examine and influence proposed projects under one of the country’s bedrock environmental protection laws.

“This may be the single biggest giveaway to polluters in the past 40 years,” said Brett Hartl, government affairs director at the Center for Biological Diversity, an environmental group that works to save endangered species.

Trump has made slashing government regulation a hallmark of his presidency and held it out as a way to boost jobs. Environmental groups say the regulatory rollbacks threaten public health and make it harder to curb global warming. With Congress and the administration divided over how to increase infrastructure investment, the president is relying on his deregulation push to demonstrate progress.

Among the major changes in the new rule: limiting when federal environmental reviews of projects are mandated, and capping how long federal agencies and the public have to evaluate and comment on any environmental impact of a project.

NEPA requires all federal agencies to evaluate the potential environmental effects of proposed projects, but fewer than 1% percent of those reviews are the kind of complex and detailed review that Trump focused on — environmental impact statements.

Opponents say the changes the Trump administration made will have an inordinate impact on predominantly minority communities. More than 1 million African Americans live within a half-mile of natural gas facilities and face a cancer risk above the Environmental Protection Agency's level of concern from toxins emitted by those facilities, according to a 2017 study by the Clean Air Task Force and the National Association for the Advancement of Colored People

“Donald Trump is taking away the last lines of defense for front-line communities, and continues to demonstrate a total disregard for our environment and for those demanding racial and environmental justice," said Senate Minority Leader Chuck Schumer, D-N.Y.

Mustafa Santiago Ali, a former associate administrator in the Obama administration’s EPA environmental justice office, said Black and other minority communities “will pay with their health and ultimately with their lives” for the rules changes.

“Modernizing and clarifying NEPA could not come at a better time for our country, as we are recovering from COVID-19,” said Anne Bradbury, CEO of the American Exploration and Production Council, a trade group for oil and gas explorers.

For his announcement, Trump chose Georgia, a swing state in the general election. Trump won the Republican-leaning state by 5 percentage points in 2016, but some polls show him trailing former Vice President Joe Biden, the presumptive Democratic nominee. This will be Trump’s ninth trip to Georgia and his sixth visit to Atlanta during his presidency.

The president's trip also comes as the state has seen coronavirus cases surge and now has tallied more than 12,000 confirmed cases and more than 3,000 deaths.

The White House said the administration’s efforts will expedite the expansion of Interstate 75 near Atlanta, an important freight route where traffic can often slow to a crawl. The state will create two interstate lanes designed solely for commercial trucks. The state announced last fall, before the White House unveiled its proposed rule, that it was moving up the deadline for substantially completing the project to 2028.

Trump, who spoke at a UPS facility, said the project will save the company and its drivers an extraordinary number of hours a year. Much of the crowd wore a mask, but not all. Trump did not wear a mask.

“We can protect the environment and move our economy forward at the same time. This rule gets that done," said Sen. John Barrasso, the chairman of the Committee on Environment and Public Works.

Trump's trip to Georgia came one day after former Vice President Joe Biden announced an infrastructure plan that places a heavy emphasis on improving energy efficiency in buildings and housing as well as promoting conservation efforts in the agriculture industry. In the plan, Biden pledges to spend $2 trillion over four years to promote his energy proposals.

Matt Hill, a Biden campaign spokesman, said Trump's regulatory efforts were an attempt to “destroy a bipartisan, cornerstone law to distract from the fact that ‘Infrastructure Week’ never happened and never will happen as long as he is president."