Videos show tear gas being fired on what appears to be a peaceful crowd, which then turns to run away. Gunfire can be heard in the background. 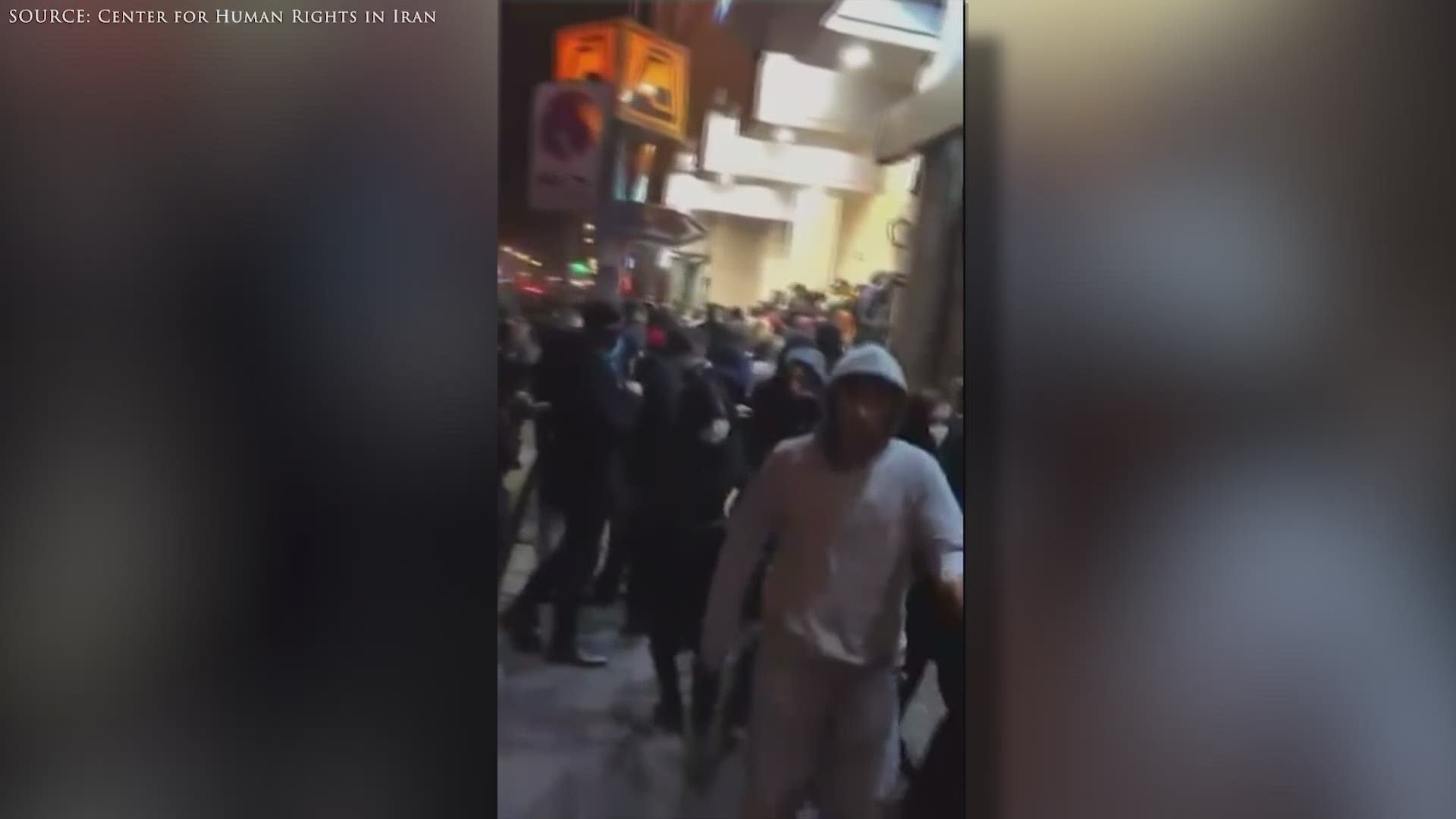 Online videos purport to show Iranian police and security forces firing both tear gas and live rounds Monday to disperse demonstrators who are protesting against the Islamic Republic's initial denial that it shot down a Ukrainian jetliner.

The videos obtained by The Associated Press on Monday show protesters gathered near Tehran's Azadi, or Freedom, Square on Sunday night.

Videos show tear gas being fired on what appears to be a peaceful crowd, which then turns to run away.

Gunfire can be heard in the background. Another clip shows a woman being carried away as a crowd shouts that she's been shot.

Iranian state media did not immediately report on the incident.

Iran initially denied it has shot down the Ukrainian International Airlines 737-800 last Wednesday, the same morning it launched a barrage of missile strikes against Iraqi bases that house U.S. forces. Iran blamed a mechanical failure. The missile attack was a retaliation for the U.S. killing Iranian general Qassem Soleimani.

The U.S. and Canada said it had data showing the plane was shot down. Iran initially denied those claims, but later admitted the plane was "unintentionally" shot down due to "human error."

The crash killed all 176 people on board, including dozens of Iranian and dual Iranian-Canadian citizens.