A rare genetic trait called leucism causes the white color, and it makes the surviving giraffe stand out dangerously for poachers. 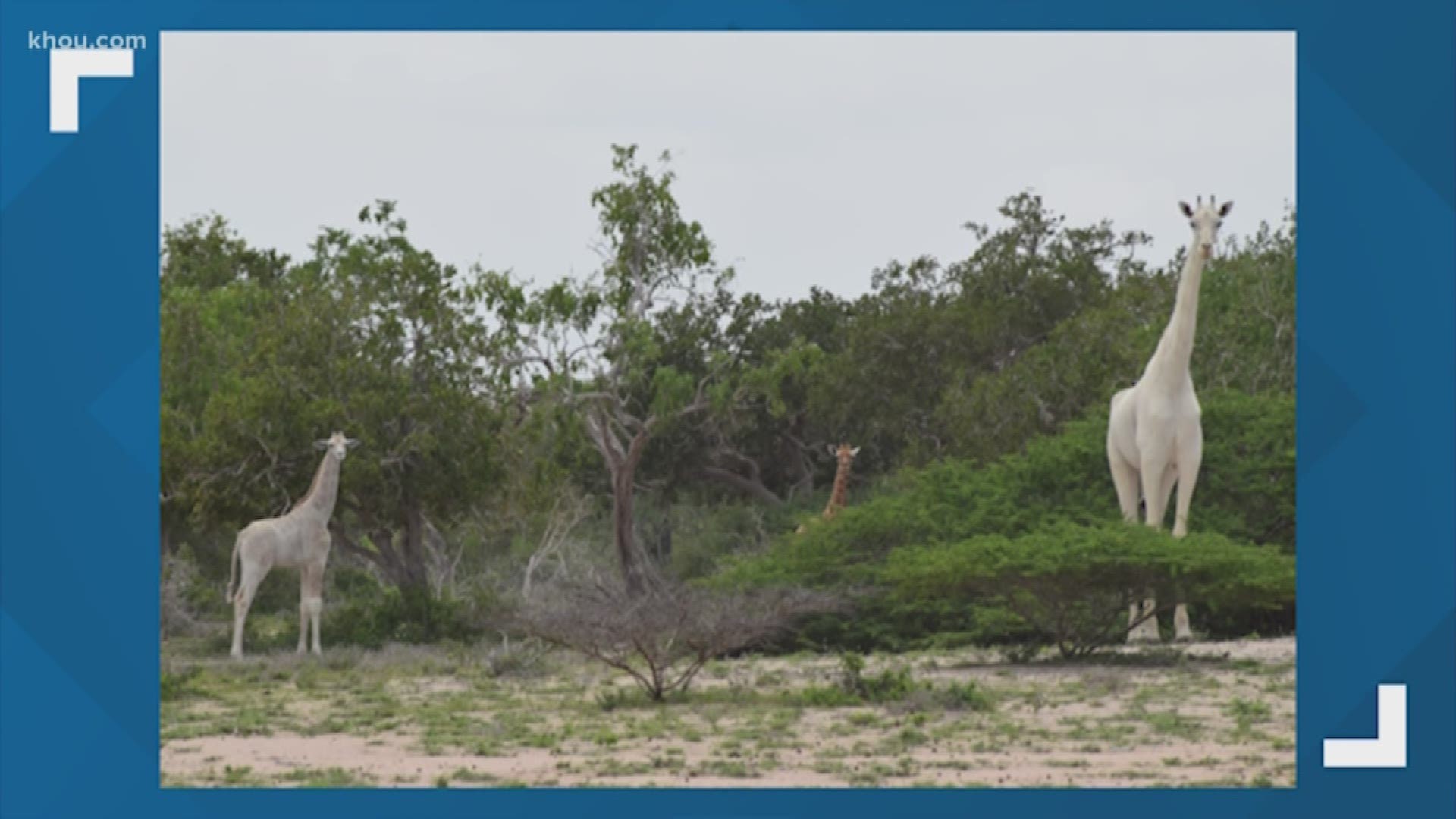 NAIROBI, Kenya — Editor's Note: The video above is from March 2020.

The only known white giraffe in the world has been fitted with a GPS tracking device to help protect it from poachers as it grazes in Kenya. But despite its singular status, the lonely male doesn't have a name.

The white giraffe now stands alone after a female and her calf were killed by poachers in March, the Ishaqbini Hirola Community Conservancy said in a statement Tuesday.

A rare genetic trait called leucism causes the white color, and it makes the one surviving giraffe stand out dangerously for poachers in the arid savannah near the Somalia border.

Now the GPS tracking device, attached to one of the giraffe’s horns, will ping every hour to alert wildlife rangers to its location.

The conservancy has thanked the Kenya Wildlife Service along with the Northern Rangelands Trust and Save Giraffes Now for the help.

RELATED: It's a boy! Baby giraffe born at Cleveland Zoo: How you can help pick his name

RELATED: Bea the Giraffe, born at Zoo Knoxville, will soon be moving to a new home