Keith Pinney has fought his way from the brink of suicide with the help of his service animal. 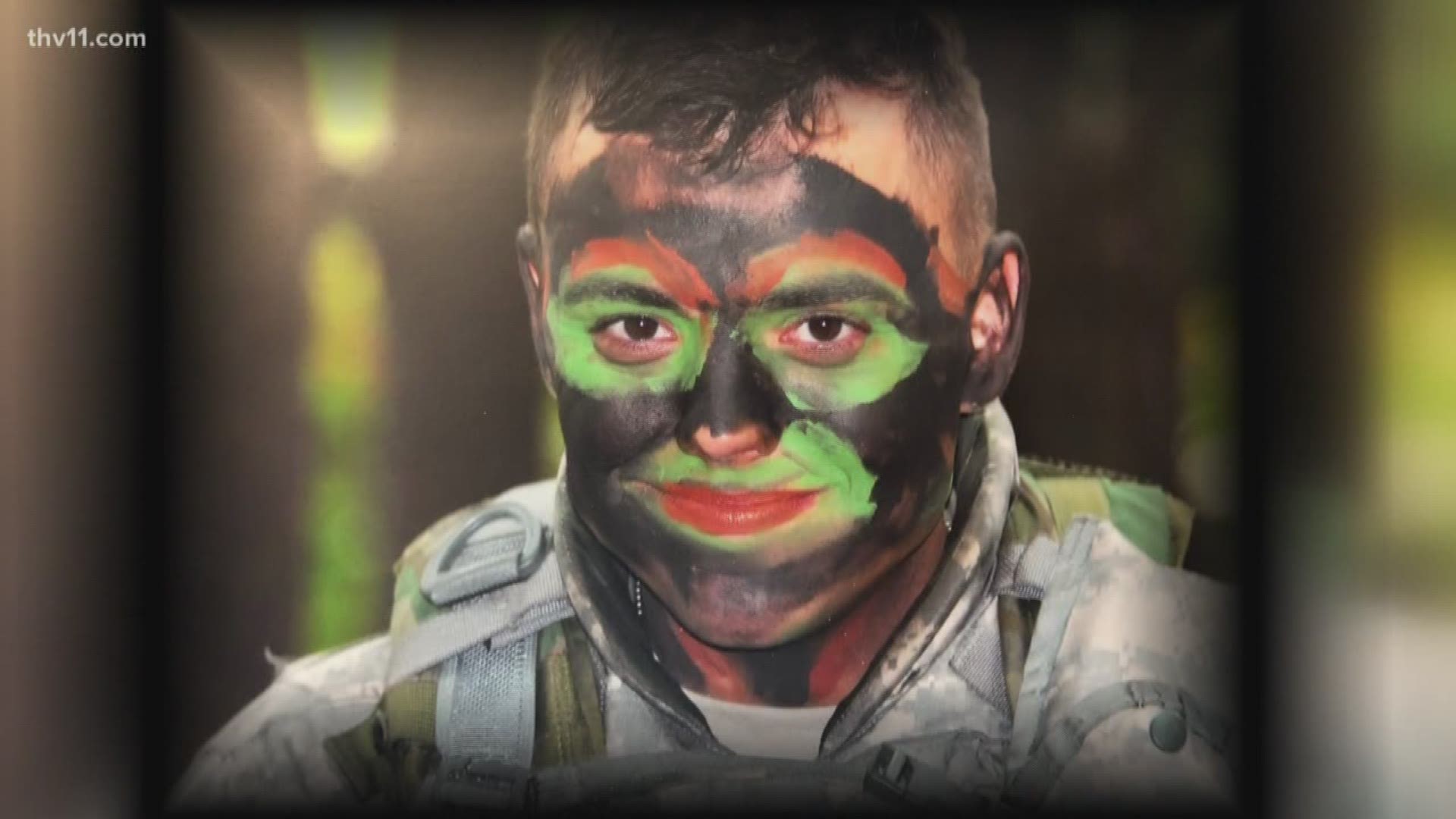 “I went to Korea where I spent a majority of my time which was about two and a half years there,” he said. “Then, I got out of active duty and went to the Texas national guard before moving home to Arkansas.”

Like many veterans, the things he saw and experienced whiles serving were unfathomable and with lasting effects.

“There was a sexual trauma that happened to me when I was in Korea and that is what I kept hidden for so long,” he said. “My wife didn't know about it until seven years into our marriage and it was eating at me and ruining things. And I didn't know why.”

Eventually, the memories and trauma became unbearable. Pinney attempted to take his own life.

“I actually almost committed suicide,” he said. “My wife wrestled the gun away from me and I thank God to her for saving me and keeping me here.”

Around that time, Pinney was discharged from serving in the national guard for medical reasons and began taking multiple medications for his PTSD.

He was desperate for something different. That's when he found out about K9s for Warriors. He decided a service dog might be the perfect fit. So he applied to get one.

“It was a really long application process,” he said. “I think I waited over two years just to go to the training.”

Finally, he was accepted into the program and flew to Florida to train with his new service dog, Saor.

“It’s kind of like seeing a best friend that you never knew,” said Pinney.

After three weeks of intensive training, they headed home to a new life together. Now, Saor is always by Pinney’s side.

“If he senses my anxiety levels going up or my heartbeat, he'll usually lick my hand,” he said. “He helps me to calm down by petting him and realizing I should breathe better or start doing some of my own prayers.”

Saor also does a “cover” command where he'll watch Pinney’s back while he is doing tasks.

“It puts me at ease to know someone else is watching my back,” he said.

“I’m currently off all my medications through the VA including my sleep medications and my anxiety and depression medications,” he said.” I go out a lot more and Soar has helped me open up more to my wife.”

Pinney credits Saor, his wife, and his faith in God for his healing and new life.

“I believe God has made me stronger through all of this,” he said. “He saved my life and my life has been so much better and my family’s life is so much better.”

Pinney hopes his story will help other veterans have the courage to find help because there is always hope.

“I hope God’s will will be done through me and if anyone is listening and needs help, I pray that they go get it,” he said. “Watch the miracles God can perform in your life,” he said.

Pinney also hopes people will consider donating to K9s for Warriors. For more information on that program, visit their website.