In six years, Benton's ROTC program has grown by more than 100 students, making it the fourth largest in the state. 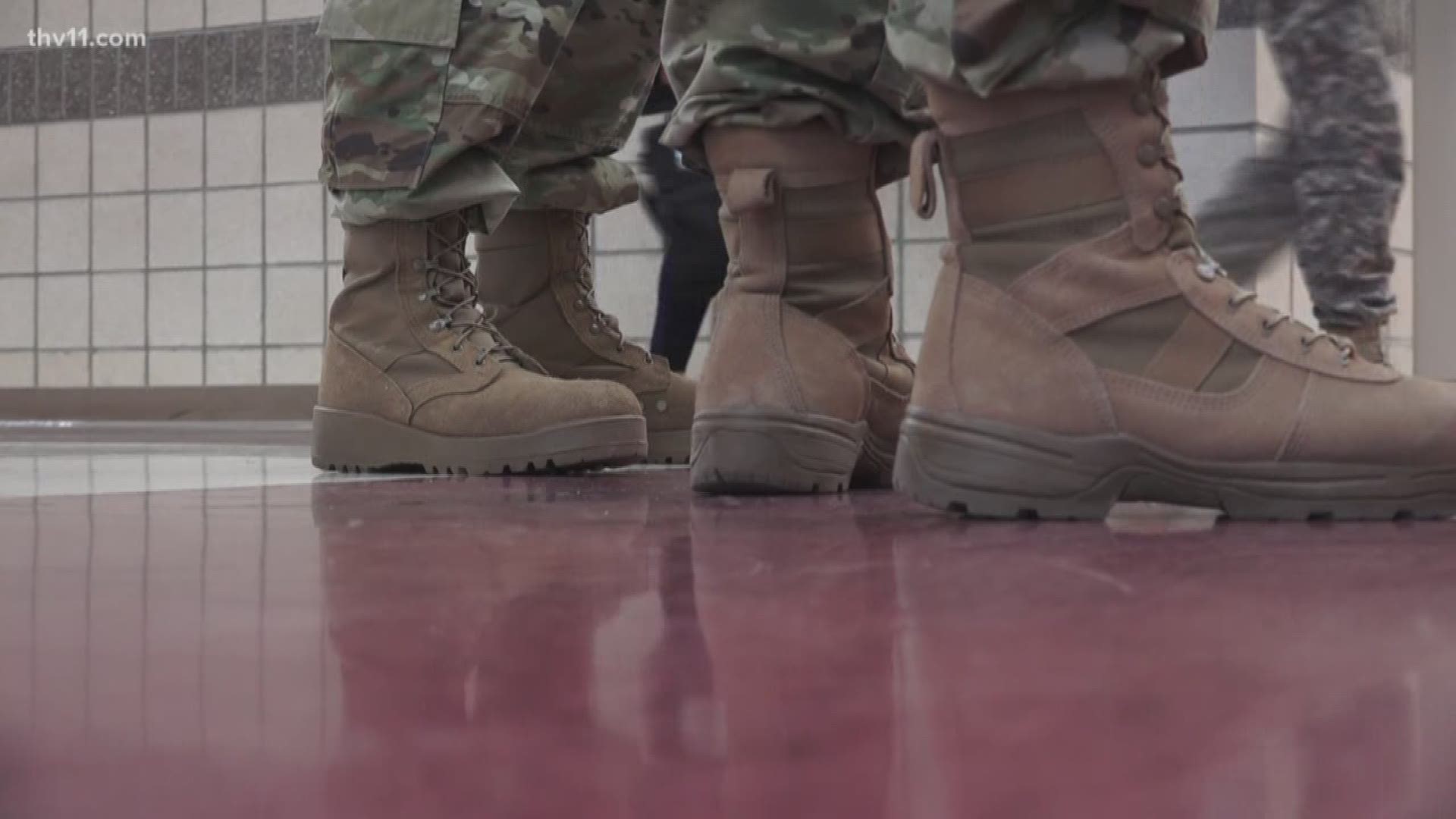 BENTON, Ark. — Dozens of Benton High School students are seeking a future in the military.

The school has just over 1,200 students in the high school and 10% of them took a military exam Thursday. Many attribute it to the ROTC program.

"This is what I really want to do because I’m really good at it,” said Connor Roy, 12th grader at Benton High.

Just months from graduation, Roy has found passion beyond the classroom, a road less traveled.

"We are finally straying away from 'every kid has to go to college,'” said Roy.

It's found in military gear and the footsteps of his father, an Airforce veteran.

"I kind of grew up with his mentality. College isn't the only avenue to be successful,” said Roy.

The number of JROTC students at BHS show many may be hopping on board that mentality.

"As the ROTC program has grown, the number of them interested in the military has grown,” said Allyson Pitts, school counselor.

In six years, Benton's ROTC program has grown by more than 100 students.

It's become the fourth largest in the state, and an additional avenue other than a university for students to further their education after high school.

"We have kids come in all the time who aren't sure what they want to do,” said Pitts.

Pitts is the backbone for students who are searching for their calling beyond Benton High.

"They have strengths in different areas and they may know that's not college or maybe it is college," Pitts said.

On Thursday, 138 students took part in the military entrance exam ASVAB. It’s more than the school has seen in years past.

And for students like Roy, he finds joy in knowing  that he and others around him don’t have limitations.

"There's so many opportunities out here,” said Roy. “There’s so many people who don’t have college degrees that have become millionaires or successful people.”

ROTC is just one of many BHS programs that help lead students into a post-high school education path.