Instead of honoring our fallen heroes, soldiers and first responders, we've started just grilling out and heading to the lake. That's why Carry the Load started. 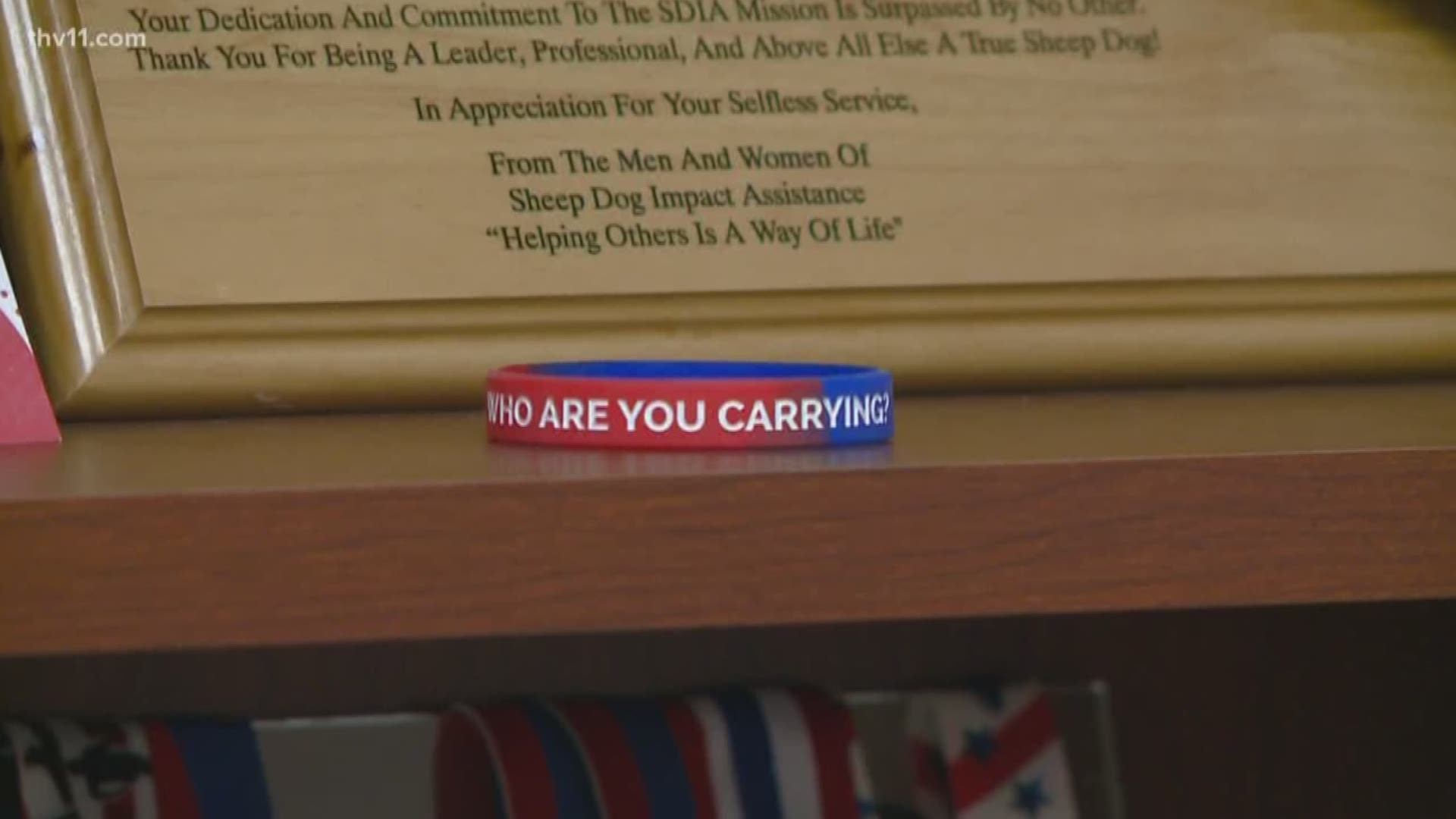 We all need to be reminded at times, to think back about what the true meaning of something is.

Years ago, the feeling was that we had strayed from the true meaning of Memorial Day. Instead of honoring our fallen heroes, soldiers and first responders, we were just grilling out and heading to the lake.

That's why Carry the Load was started.

We begin a three part look at that organization and how it's grown into a huge nationwide walk, ending up in Dallas.

"It's bigger than anyone ever anticipated it to be," Stephen Holley said.

Stephen Holley is one of the two Navy SEALs who founded Carry the Load in 2011.

"We needed an outlet for a way to celebrate Memorial Day and, having lost some friends, there was pain, there was anger, there was frustration," Holley said.

In 2010, his comrade Clint Bruce was at a Memorial Day barbeque dealing with the sadness and the emotions of losing some friends he served with.

"There was no observance, no talk, no discussion about what Memorial Day was about, and that was the catalyst for him putting on a rucksack and went out to White Lake and just walked."

While trying to purge emotional pain with physical pain, Bruce came across a Korean Veteran who asked him who he was carrying the load for.

When Bruce shared the story with Holley, they both knew they had to come up with a way for others also carrying the same load.

"We could come out and observe that holiday in a meaningful way," he said.

But the duo also wanted to extend that help to those coping with heartache, year-round.

"Use it as a way to raise money for non-profits that were serving military veterans, and shortly after included police, fire and rescue."

That agony can be deadly.

"In 2018, there were over 5,000 veteran suicides and that's terrifying. First responders, there were more first responders that died by suicide than in the line of duty," said Star McCann, a spokesperson for Sheep Dog Impact Assistance Group.

One of the non-profits benefiting from those funds is Sheep Dog, an organization founded in Arkansas.

"We are here to engage, empower and assist our nation's veterans and first responders," McCann said.

The group organizes disaster relief missions and outdoor outings for soldiers and first responders who are coping with emotional distress.

"We're helping these people who maybe have lost their purpose," she said.

Star McCann says through the organization, men and women build a network of peer counseling.

"People who haven't experienced the same things that you have in combat, in military; that life, they can't relate."

This is a sense of belonging that gives them hope and comfort they need to keep on living.

"For some people, it just gives them that 'get up and go;' that drive again," McCann said.

Sheep Dog uses the funds raised by Carry the Load to keep the program running, but McCann says the group's relationship with Carry the Load is mutually beneficial because their goals are the same, to honor the heroes who were lost and encourage and praise the heroes that still stand.

One of the Carry the Load groups will walk through central Arkansas on Tuesday, May 21. The group is encouraging anyone and everyone to join them in their mission to restore the true meaning of Memorial Day.

Here are the 2019 Carry The Load east coast route guide in central Arkansas on Tuesday, May 21:

Through the Carry The Load programs and events, they are helping to provide Awareness, Education, and Healing. All funds raised through these programs and events help support organizations that provide direct services to our nation's heroes and their families. If you would like to donate, click here.