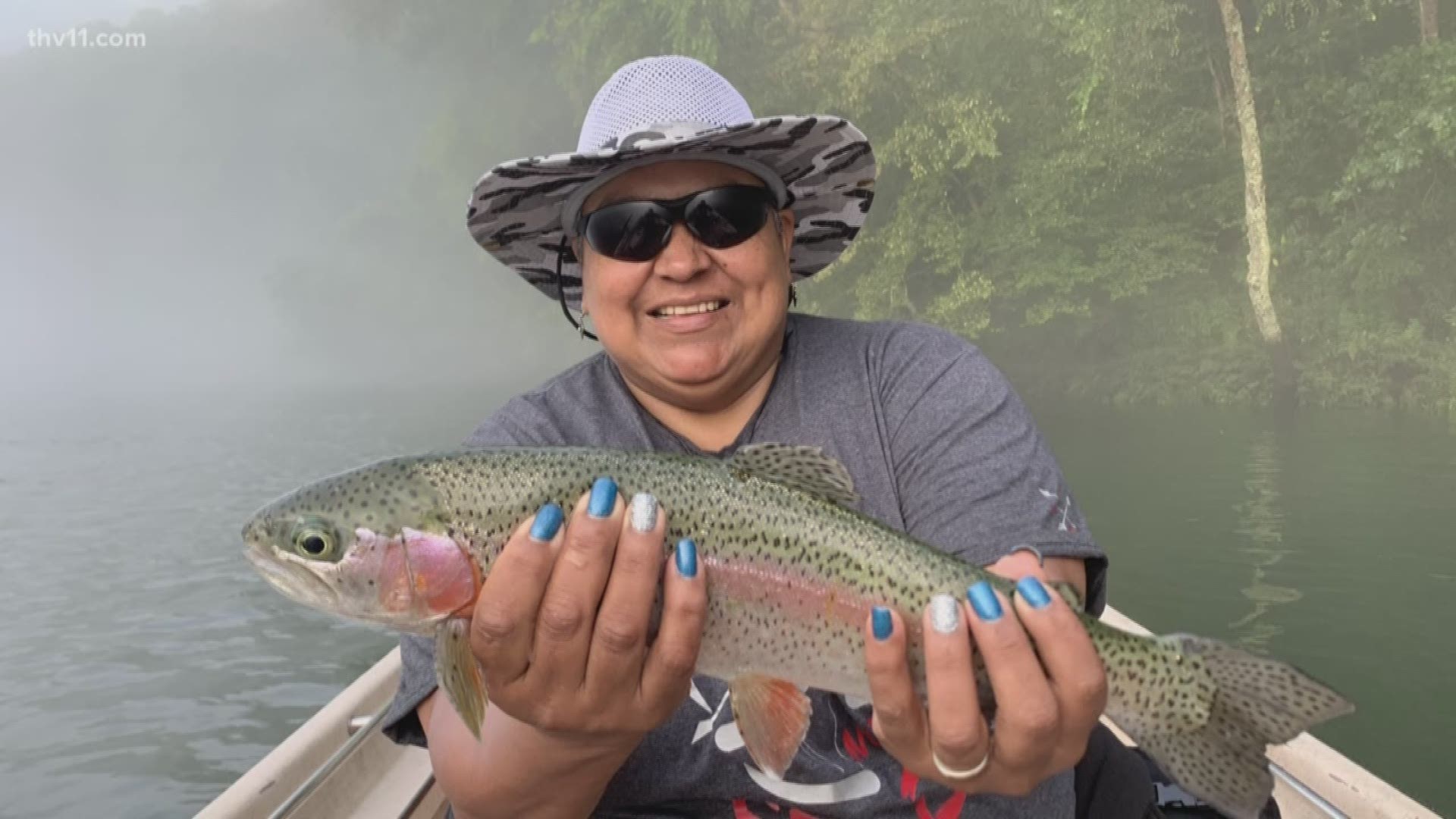 Each month, we're 'Saluting Heroes' and focusing on those who have served our country, and the groups who serve them.

This month, we meet the Patriot Anglers.

"I pinch myself," admitted Beau Saunders. "This isn't a job, this is a dream."

For the past four years, he has lived out his dream on the foggy banks of the Little Red River. It's an angler's paradise. The very waters where a world record brown trout was snagged nearly 30 years ago.

"I've said it and said it, it's one of Arkansas's best kept secrets," he said.

Beau runs Beau's Guide Service, and the week we visited, he and his guides were volunteers, because the guests were VIP's.

"They need this more than anyone could comprehend or understand," he explained.

He was talking about the Patriot Anglers, who are a group of female veterans, now fighting their own battles, years after leaving the military.

"Oh, it's been awesome, very therapeutic," said Gretchen Jones. "I love this therapy," she laughed.

She was one of the veterans who landed a lot of fish.

"It was about this big," she said, as she stretched out her hands, showing her biggest catch of the week. "It's my profile picture on Facebook," she laughed.

But what meant the most, came up when the poles went down.

"You can kind of say this one time this happened to me and I never really talked about it," explained Belinda Small. "The conversations, I got the chills just thinking about it. The conversations is where the healing is."

"Literally, we'll cry," admitted Saunders. He is also a veteran. He hosts five groups of service men and women every year, but wants badly to help more.

If you'd like to fish the Little Red River, here's a link to Beau's Guide Service, and his cabins, The Cabins at Lobo Landing.