The Memorial Day flyover serves to honor and mourn the military personnel who died while serving in the U.S. Armed Forces. 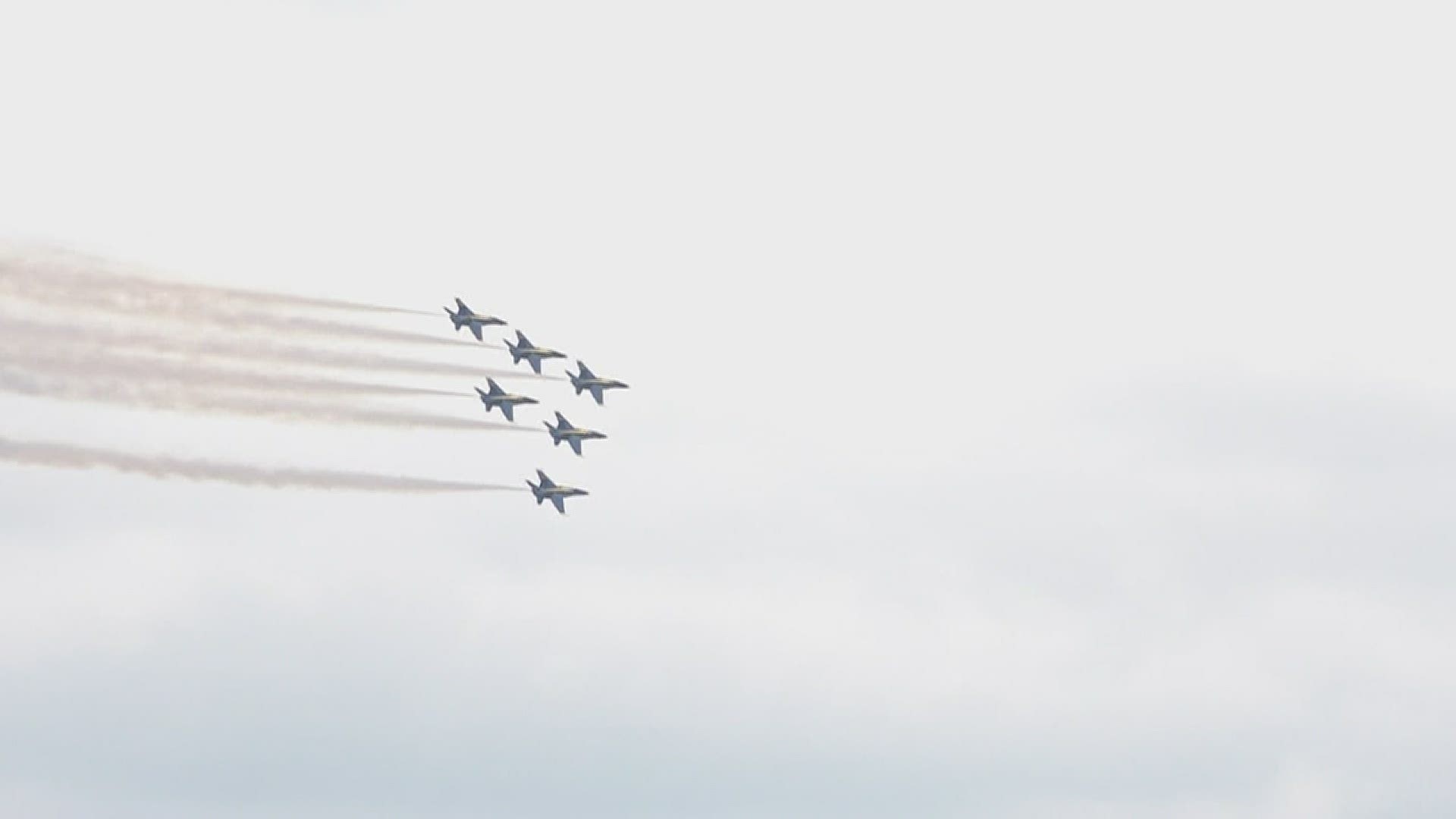 NORTH LITTLE ROCK, Ark. — Editor's Note: The attached video is from earlier in May, when the Blue Angels flew over Little Rock in honor of frontline responders.

The aircraft is known as "Miss Cherie" and will conduct the flyover to honor and mourn the military personnel who died while serving in the U.S. Armed Forces.

According to the Commemorative Air Force, the event will be closed to the public, but anyone can view the Facebook live-stream by going to the Arkansas State Veterans Cemetery North Little Rock Facebook page.

RELATED: Here's what it looked like in the cockpit of the Blue Angels NYC flyover