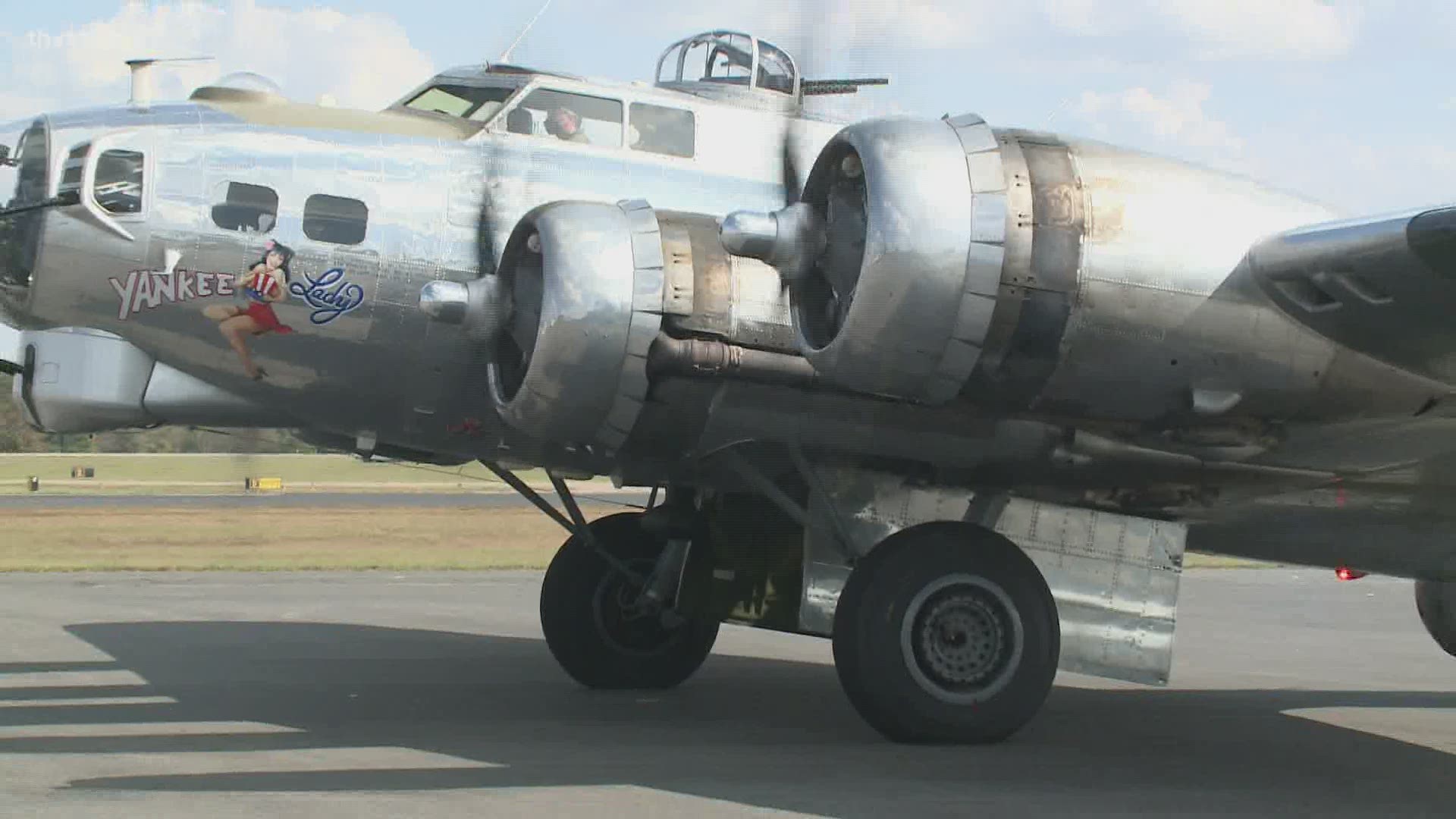 The crew is offering self-guided tours and Air Adventure rides. The estimated time of arrival is 9 a.m. and the B-17G will be stationed on the west side and public area of the airport.

World War Two Veteran, T/Sgt Bill Toombs, a flight engineer and top turret gunner will be given a VIP plane ride to honor his service. The flight will take place at 2 p.m. October 21.

T/Sgt Toombs flew eight missions aboard a B-17 and 20 missions aboard a B-24 Liberator known as "Baby Doll" from May to October 1944 out of Debach, England as part of the Mighty Eighth Air Force. He received the Distinguished Flying Cross "for extraordinary achievement while serving as top turret gunner on many high altitude heavy bombardment missions against the enemy over Europe, during a period ending 27 September, 1944.

Sergeant Toombs repelled numerous hostile fighter attacks by his excellent marksmanship, thereby assuring the safety of the crew and aircraft. The courage, presence of mind and devotion to duty while engaged in aerial combat on all these occasions are in keeping with the highest traditions of the United States Army Air Forces.”

"This is exactly why we keep this plane flying and in pristine condition: to honor our Greatest Generation.” said Kevin Walsh, Yankee Air Museum Executive Director.