The task of opening a new business is harder than normal in the middle of a pandemic. 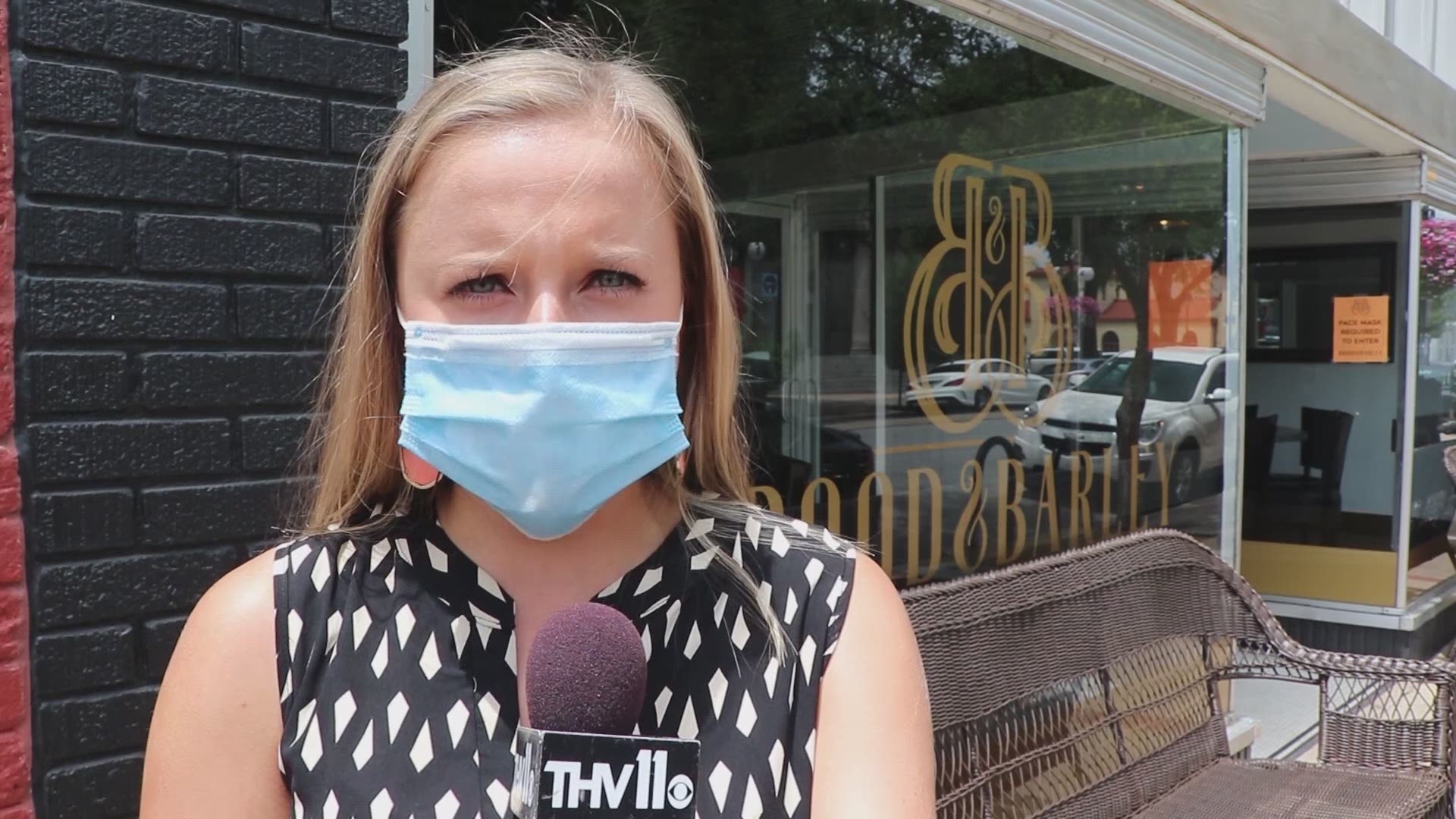 LITTLE ROCK, Ark. — Day after day, we keep hearing of restaurants forced to shut down due to COVID-19.

Well, some restaurants are doing the exact opposite and opening up for the very first time.

Imagine the stressors of opening up a restaurant, will people like the food? The atmosphere? Then, picture a pandemic on top of that... it's a whole other can of worms.

But two restaurants here in central Arkansas are up for the challenge and open for your business.

Brayan McFadden, the general manager at Brood and Barley, said they just felt like it was time.

"With people starting to go back out now, we thought they were going to want something new," he said.

A taste, that according to McFadden, is close to home.

McFadden moved to Arkansas to open up Brood and Barley with his cousin, who just so happens to own the brewery down the street.

But McFadden said it took longer than expected.

"I don't think everything was totally shut down yet, but we pretty much made the executive decision that it wasn't the best time to open," he said.

The gastropub's debut of April 17 was pushed back.

Instead, they used that time to get their staff together and train before slowly opening at the end of June, according to McFadden.

"We were at 33% and then it hit 66% and we were like, 'you know what? Right now we can justify opening the doors and trying to push something out,'" he said.

That task, McFadden described, was harder than normal in the middle of a pandemic with appropriate guidelines in place to combat the spread of the virus.

"Now they're looking at 'are they wearing masks? Are they doing this? Are they sanitizing properly?' It adds a whole other level of critique," he said.

That cleanliness factor is something Joe Vincent, owner of Rock City Kitchen in Little Rock, is not a stranger to.

"With me being in the janitorial industry, fully conscience about COVID, I was able to train my staff a little bit more in detail," he said.

His new All-American restaurant, with a Little Rock twist, opened its doors Monday.

"To be honest, the process that we've implemented has allowed us to be able to open," Vincent said.

Procedures like having an app people can order from, cleaning constantly, and practicing social distancing.

Vincent said it may seem kind of risky opening up now, but with their location in front of the Arkansas State Capitol, it was a no brainer.

"These are your essential workers and they need to be fed and they also need a nice, warm, and comfortable place to go to in this pandemic," he said.