The smoking age and the drinking age are both 21 in Arkansas. 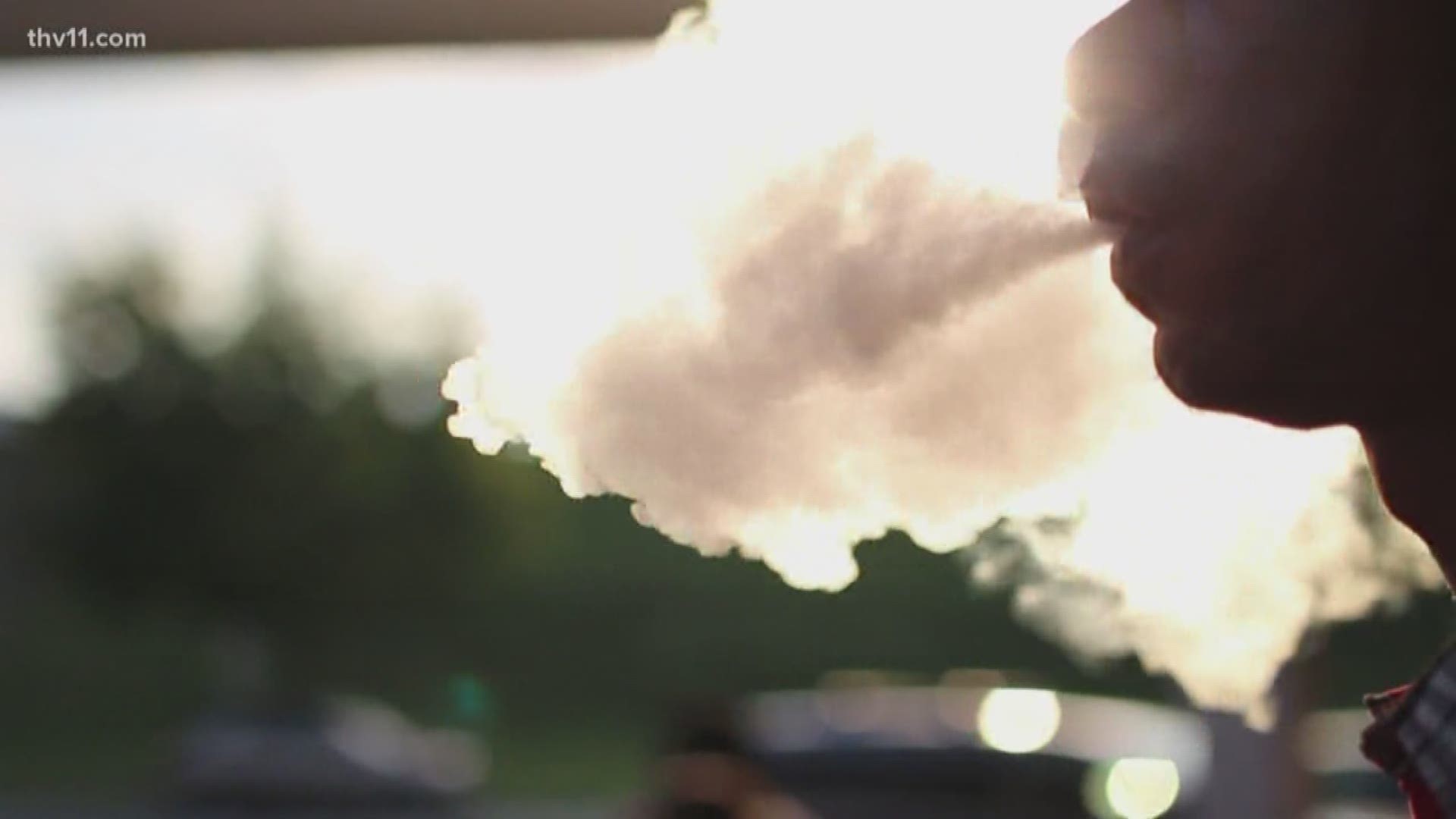 It is a discussion that has been heard around the capitol for several years now.

Dr. Joe Thompson, Arkansas Center for Health Improvement President and CEO, said tobacco continues to be the leading cause of death in Arkansas, so a new law like this is a step in the right direction.

"We are ahead of the curve, our legislators really stepped out to try to protect youth. I think Arkansas is leading, again, the nation in being a health-promoting state," he said.

Arkansas is one of only 13 states to raise the tobacco age to 21. Other states include California, New Jersey, and Ohio.

Arkansas joined this list on September 1st, along with Texas and Vermont.

Thompson said they are hoping for change.

"To try to keep our teens from becoming nicotine-addicted like their parents and their grandparents have in the past," he said.

Now, you must be 21 to buy or possess any smoking-related product, Scott Hardin with Arkansas Alcohol and Beverage Control, said.

"Anything that you can vape or purchase at a vape shop or a convenient store, that is considered under this legislation," he said.

Hardin said there are two ways to be exempt from this law:

Thompson said the minimum age isn't the only change though, the base markup price for a pack of cigarettes will increase 2%, going from 7.5% to 9.5%.

Basically meaning, as a consumer, you'll only see about a 10 cent difference when you go to the checkout line.

"There is a small increase in the taxation but it really is not much of an increase that'll affect sales or the uptake by youth," he said.

Thompson said e-cigarettes and vaping products are left out of this tax tough.

"The legislature tried but failed to actually put taxes on vaping products," he said.

Thompson said making e-cigarettes taxed the same as cigarettes is a possibility in the future.

"I think it is something that is going to come because it is a nicotine delivery device. Nicotine is as addictive as cocaine, so our youth are actually starting to become addicted to nicotine, which will then have them be lifetime users of either e-cigarettes or tobacco products," he said.

While Arkansas now joins the list to make a change, down the road it may not be a state by state decision. Currently, there is a bill in Congress, known as the Tobacco to 21 Act, that would raise the age nationally.

"We are seeing across the nation, young people predominantly, having chemical pneumonias caused by vaping," Thompson said.

He said, according to the CDC, 40% or more of high school seniors have used an e-cigarette at some point in time and almost 30% use it on a daily basis.

"I really fear that we are going to have 25 and 30-year-olds on oxygen and with breathing problems in the near future," he said.

Hardin said there have been several training classes for retailers to understand the new law.

"These classes, normally over the past, have had 50 or so people. Due to this new legislation and retailers wanted to be well educated on it, that’s risen to about 200 people per class," he said.

Hardin said if anyone has any questions they can go to ABC's website for details.

To learn more about other Arkansas laws that have recently gone into effect, click here.