The boy was boogie boarding when the shark swam too close for comfort. 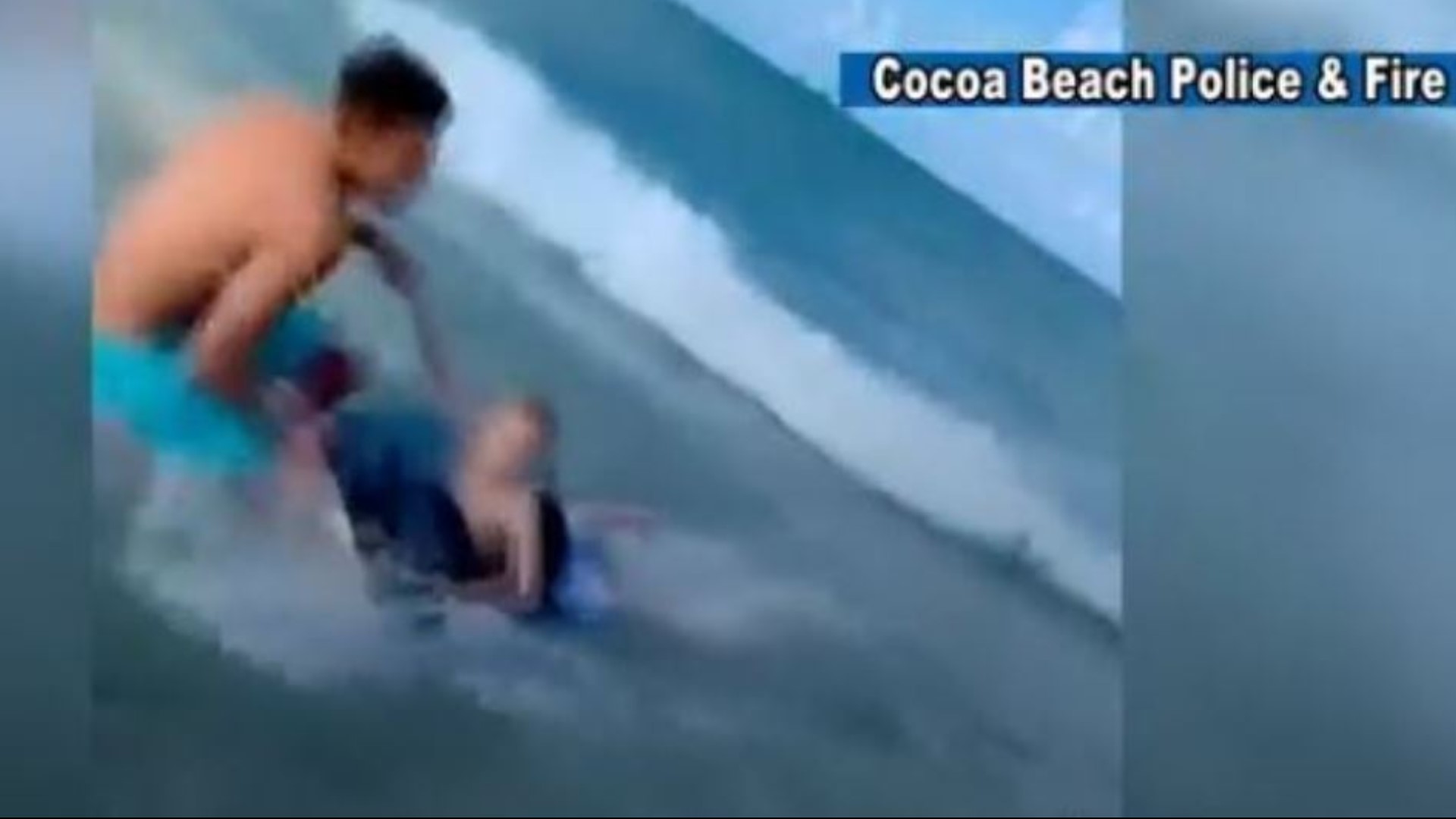 COCOA BEACH, Fla. — When an off-duty officer saw a shark getting dangerously close to a young boy, he knew he had to act.

Officer Adrian Kosicki was enjoying some time off at the beach with his wife Thursday at Cocoa Beach when they spotted the shark near the pier.

The shark then began heading toward a small boy on a boogie board, causing Kosicki to spring into action, according to Cocoa Beach police and fire who shared a video of the near encounter on Facebook.

In the video, you can hear someone call out to the boy saying, "Hey buddy! Hey, there's a shark right there," before another says, "There he is!"

The shark, swimming close to shore, is spotted feet away from the boy before the off-duty officer grabs him by the hand and quickly drags him out of the water.

"We’re certainly not marine biologists, educated and trained to differentiate between the various species of sharks, their respective feeding habits, and aggressiveness near swimmers. We just do what we do best—protect the public from harm," the department wrote.