'She mattered': Man sentenced to life plus 156 years for murdering Kelsey Berreth

The man suspected of murdering Woodland Park mom Kelsey Berreth has been found guilty on all charges. 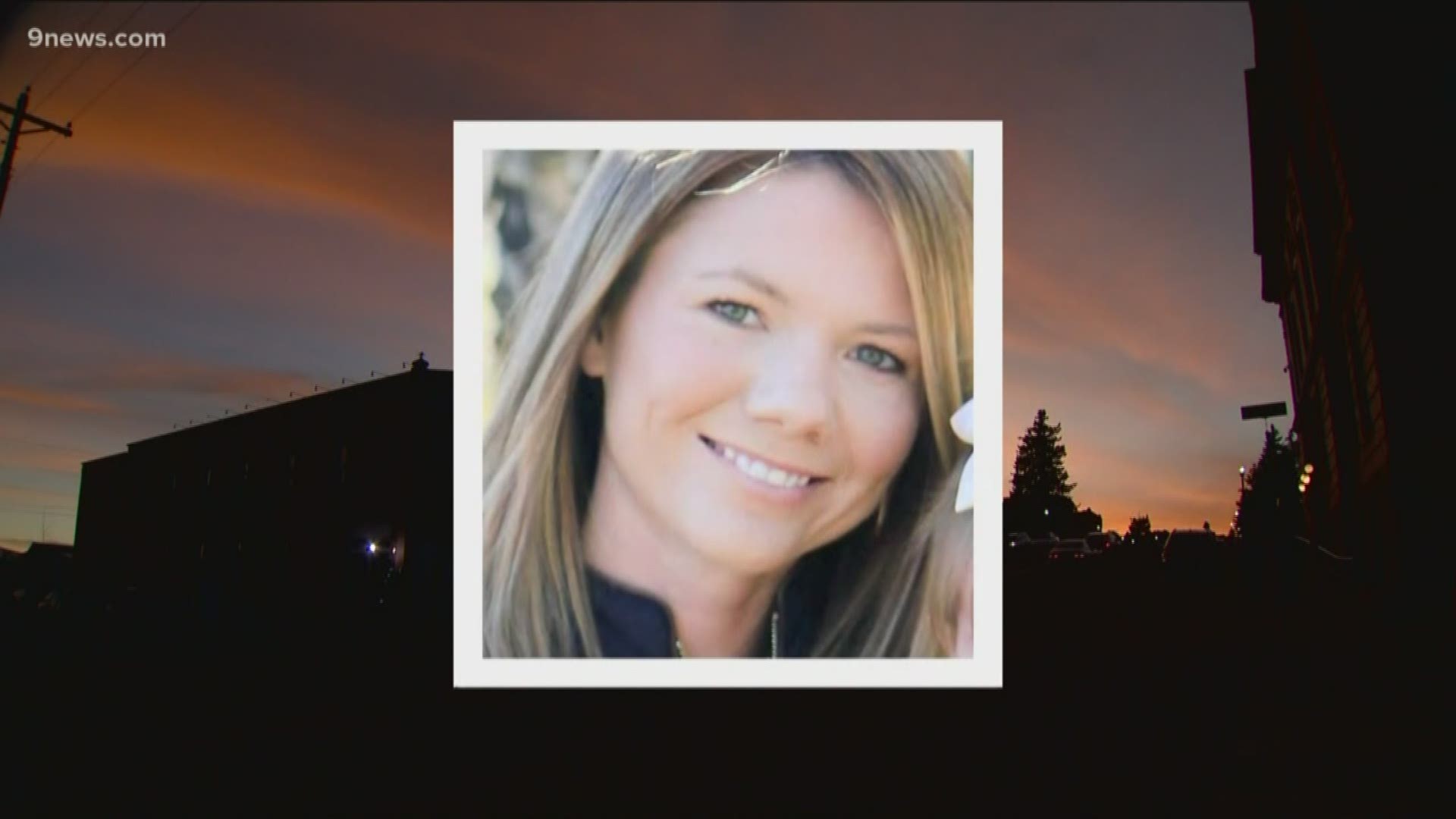 Patrick Frazee, 33, was sentenced to life without parole for first-degree murder plus 156 years in court Monday.

Jennifer Viehman, the lead prosecutor on the case, spoke following the verdict and sentencing of Frazee.

“This is, without a doubt, one of the most brutal murders that I’ve ever seen," Viehman said. “Mr. Frazee took a shining light from this Earth that we’ve heard over and over again from everybody who knew her. And he not only took her life on Thanksgiving Day of last year, he planned for months to do it." 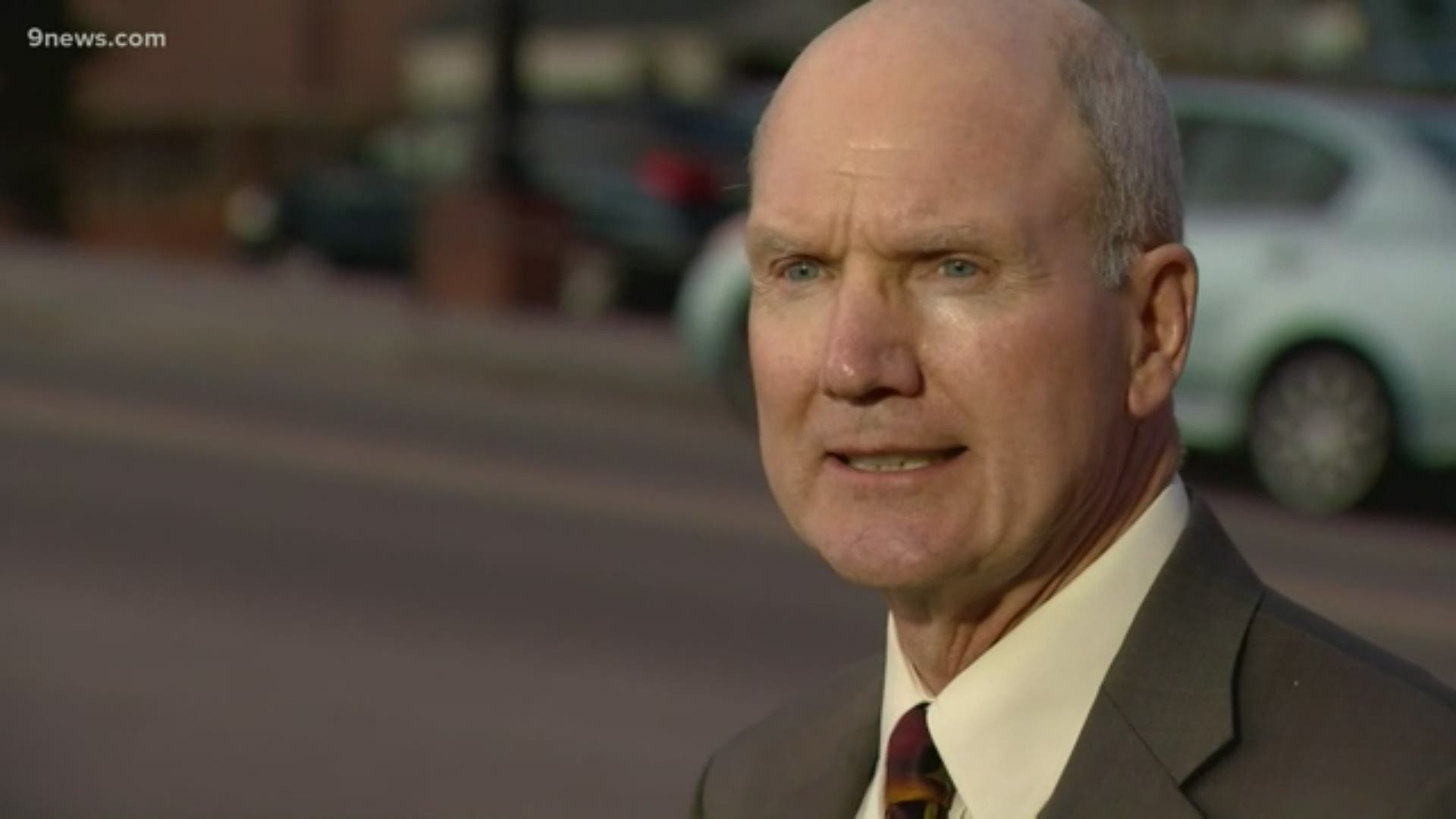 Kelsey's mother, Cheryl Berreth, said Kelsey was a positive contribution to society and her life was taken by Patrick.

“Patrick took Kelsey’s life, she was our daughter. A devoted, loving mother, a sister, a friend, and a valued pilot teaching the military how to fly. She was a positive contribution to society, beautiful inside and out," Berreth said.

“Patrick, how would you like to find out your daughter’s life ended the way that you ended Kelsey's? [Your daughter] deserves a letter of sincere apology. You need to take full responsibility for your actions," Kelsey's mother added.

Judge Scott Sells also addressed Patrick Frazee and spoke about how Kelsey cared for him the night she died.

“Your actions were vicious, senseless, without reason, explanation. Kelsey spent her last night caring for you, and you repaid that kindness and humanity by viciously beating her to death," Sells said.

“After you beat her, you burned her body like a piece of trash. You solicited Krystal Lee three times to murder her before Thanksgiving of last year, Kelsey was a wonderful mother, a beloved daughter, sister, and accomplished pilot," Sells added. “Your crimes deserve the absolute maximum punishment legally available in the state of Colorado.”

The trial against Frazee began at the Teller County Courthouse on Nov. 1 with testimony from Berreth’s mother, who recounted flying from Washington to Colorado to check on her daughter after she hadn’t heard from her for more than a week.

1 / 20
KUSA
A jury found Patrick Frazee, 33, guilty of killing Woodland Park mother Kelsey Berreth. He was sentenced to life without parole for first-degree murder plus 156 years.

Prosecutors claim that Berreth had died days before that, on Nov. 22, 2018 — Thanksgiving Day.

In the days after Berreth was reported missing on Dec. 2, 2018, police treated it like a missing person’s investigation until Dec. 5, 2018, when her brother found blood on the toilet in her condo in Woodland Park.

Investigators wouldn’t break the case until they realized Frazee had made dozens of phone calls to a number in Idaho that they later learned belonged to Krystal Lee.

Frazee’s public defenders emphasized the fact that Lee didn’t speak to law enforcement until she had contacted a lawyer and signed a plea agreement for a charge that could potentially come without prison time.

RELATED: Kelsey Berreth case: A detailed timeline of what the key players were doing before and after the alleged murder

RELATED: Kelsey Berreth's coworkers debunk claims made by the man accused of her murder

Lee testified against Frazee during the first days of his trial. She pleaded guilty to tampering with evidence for disposing of Berreth’s cellphone and will be sentenced next month.

But, during her testimony, Lee admitted her role in the crime extended beyond disposing of Berreth’s cellphone.

Lee alleged that she had a long and complicated romantic relationship with Frazee and that in fall 2018, he had asked her to kill Berreth on three occasions, claiming that she abused the couple’s young daughter.

In September 2018, Lee said she went to Berreth’s condo with a Starbucks drink that she claimed Frazee had asked her to poison. Lee said she didn’t go through with it, and a coworker of Berreth’s testified that she mentioned a strange lady coming to her home with coffee.

On another occasion, Lee said Frazee asked her to beat Berreth to death with a metal pipe. She alleged he recommended she use a baseball bat on another day.

Lee said she didn’t go through with it, but that on Nov. 22, 2018, Frazee did. She said he called her during Thanksgiving Dinner and told her she had a “mess to clean up.”

Prosecutors said cellphone data and testimony from Lee’s coworkers placed her in Idaho on Nov. 22 and Nov. 23, 2018.

On that second day, Lee drove through the night from Idaho to Colorado and came to Woodland Park, where she said she cleaned up a gruesome crime scene inside of Berreth’s apartment.

Later that day — on Nov. 24, 2018 — Lee said she went with Frazee to a ranch he leased west of Cripple Creek and picked up a black tote where she claims he put Berreth’s body after he beat her to death with a baseball bat.

That night, Lee said Frazee burned the tote and Kelsey’s remains in a trough on his property, as well as the bloody items she recovered from Berreth’s apartment and the bat used in the crime.

Lee said she drove through the night once again back to Idaho and placed final calls on Berreth’s cellphone before burning it on Nov. 25, 2018.

This was the last day investigators said her phone was ever used.

RELATED: ‘No body, no crime’: Friend of Kelsey Berreth murder suspect says he made disturbing comments

The second part of the prosecution’s case involved corroborating Lee’s story with surveillance video and phone records that placed her, Frazee and Berreth’s phone in the same locations.

Prosecutors also called witnesses who recounted disturbing statements made by Frazee, including “no body, no crime” in the months before Berreth was murdered.

The final witness for the prosecution was an inmate who claims that Frazee asked him for help killing key witnesses in the trial, including Lee herself.

Frazee did not receive additional solicitation charges for these allegations or actions, which his own defense team called “stupid.”

Frazee’s murder trial and the death of Berreth has generated media coverage from around the world. Roughly three dozen members of the media were in the courtroom for closing arguments.