A Pine Bluff boxing organization that aims to get kids off the streets hosted a peace rally following the recent violence in the city. 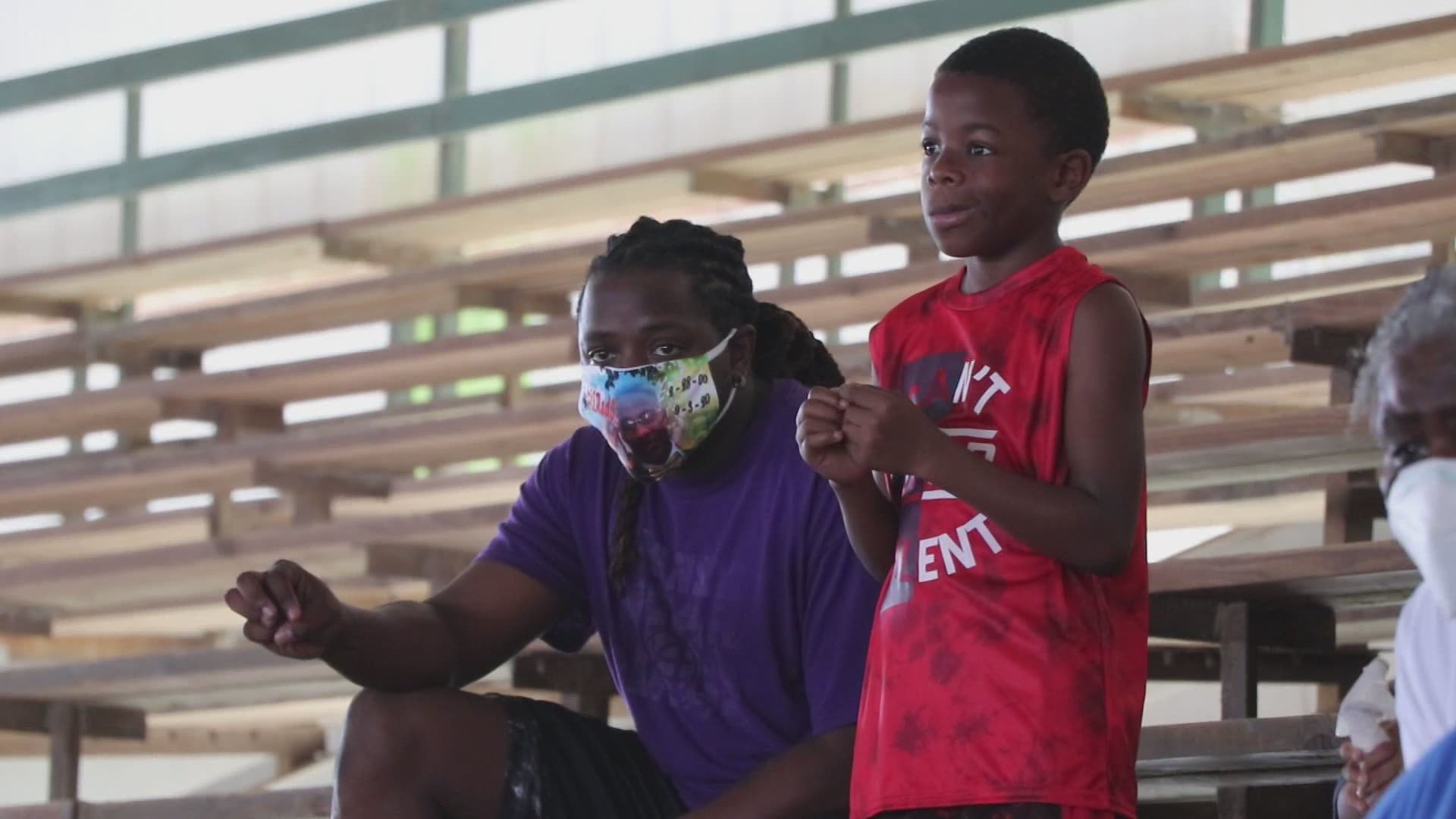 PINE BLUFF, Ark. — A Pine Bluff boxing organization that aims to get kids off the streets hosted a peace rally on Sunday afternoon following the recent violence in the city.

It actually started as a fundraiser for Gloves Not Guns, but days ago, Director Albert Brewer, decided it was more important for everyone in the city to have a place to come together.

Brewer said they wanted to show they have compassion for their city after violence has controlled their streets for the past several weeks.

"As a concerned citizen, there's just been a whole lot that's been going on," he said.

For those, like Brewer, who call Pine Bluff home, recent events have made them hesitant to walk their streets.

"I'm a part of this community and I just refuse to live in fear," he said.

Since the start of 2020, the city has had 21 homicides with three of those in one day alone.

Brewer said many in the community are crying out.

"I think myself and a lot of the citizens are feeling, hey enough is enough. We're not going to tolerate this here," he said.

Wanting to make their message heard, Brewer used his organization Gloves Not Guns, to bring community members together on Sunday afternoon to voice their concerns and find solutions moving forward.

"The main thing is just showing the community, hey we do care, because it seems like it just falls on deaf ears," he said.

Pine Bluff Mayor Shirley Washington said its hard to pinpoint exactly what's causing this spike in crime, but she thinks the pandemic might have an effect on it.

"The research that I've done is showing that they're having the same problems in many other cities across the country, so I have to believe that's part of the problem, but not all of the problem," she said.

The city is working to find a solution to this problem, according to Washington, by becoming more involved in community-engaged policing and bringing in more youth amenities.

"We've been visiting frequently with the Parks and Recreation Director, with the Police Chief, with the City Council on how we can move forward to make Pine Bluff a more engaging community for our young people," she said.

Washington believes what Brewer is doing with his boxing organization is vital but now, but it's going to take everyone in the community to lift the city back up.

"As we work to rebuild Pine Bluff, we have to realize we have to save our children," she said.

Brewer said he knows his community can do better and deserves better.

He hopes Sunday's event brought light to the city's crime issue and that it will slowly come to an end.