Angelica Walton has garnered more than 670,000 likes and 44,000 followers on the app by highlighting Pine Bluff's rich history that many may not know about. 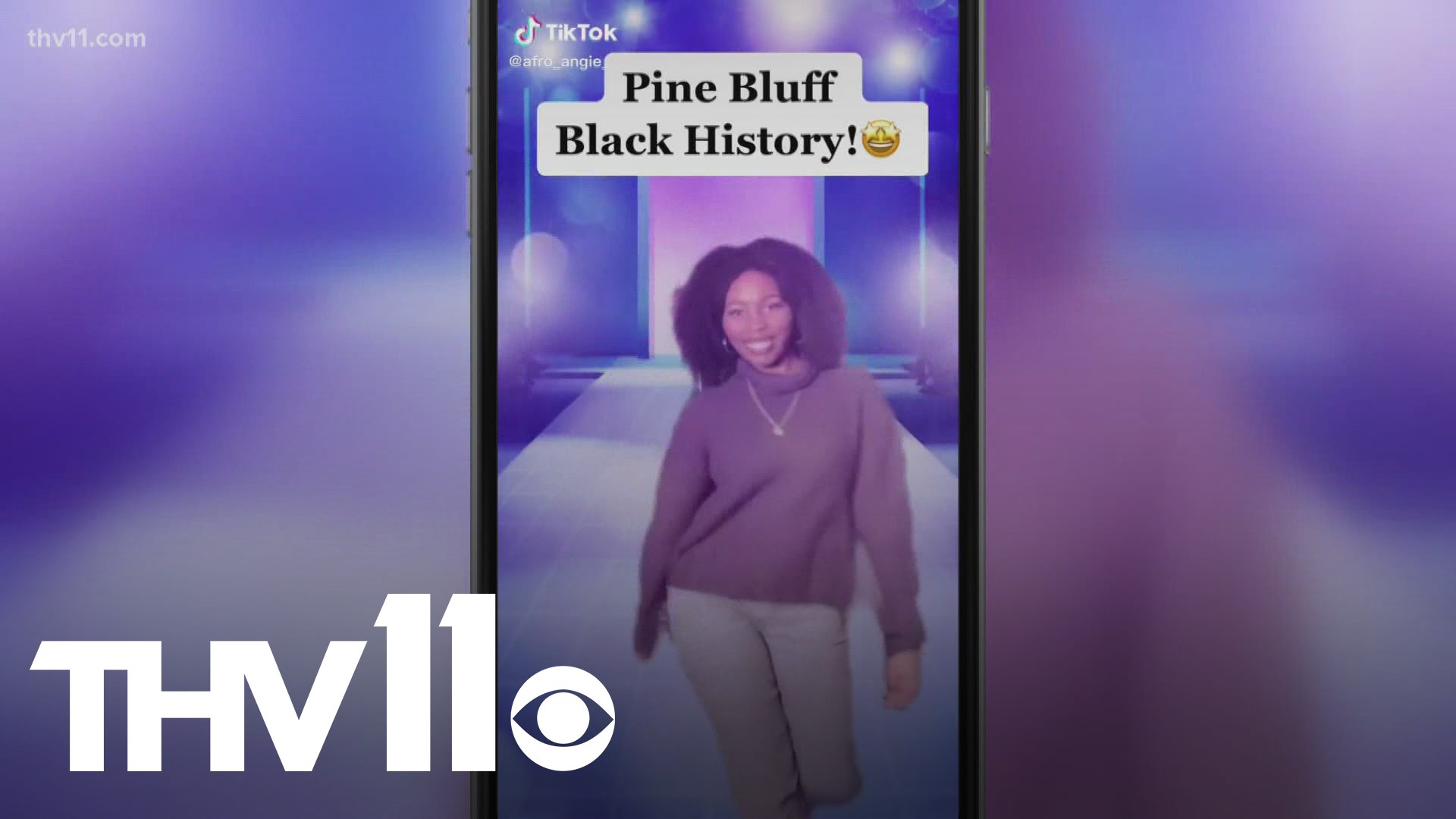 PINE BLUFF, Ark — A Pine Bluff woman has gone viral on TikTok with her creative videos that highlight the Black history of the city, dubbing it the new 'Black Wall Street.'

Angelica Walton is @Afro_Angie_ on TikTok.

She's garnered more than 670,000 likes and 44,000 followers on the application. Walton has lived in Pine Bluff for the last six years and said that she fell in love with the city when she came to attend UAPB for college.

"Myself and so many others have been praying for people to see a new light in to this city," Walton said.

She said the founder of Tulsa's Black Wall Street, O.W. Gurley, is actually a Pine Bluff native. This is the engaging history that she hopes will inspire others to rethink the way they view the city.

In one video, Walton cited Go Forward Pine Bluff as a great resource for economic development and change in the area.

VIDEO: A look inside the Generator. An open space for entrepreneurship development under Go Forward Pine Bluff. pic.twitter.com/sW8GMGb6GE

"When other people don't love it as much I as do I understand where they're coming from. I definitely know the concerns people share in Arkansas," Walton said.

"But I feel like if they knew the rich history that was here in the town, if more people knew about the community engagement, the millions of dollars to renovate the city, then I think it would give them a new perspective," she continued.

Ryan Watley is the CEO of Go Forward Pine Bluff. He said that it's a nonprofit with both a public and private partnership with the city. It originally began as an idea in 2016, but now they have 26 initiatives for the city.

Watley said they've implemented 82% of them within the last four years.

The Generator is one of those initiatives.

It's a space that allows small businesses to build resources and introduce new skills for the youth and the community.

Mildred Franco is the executive director for The Generator.

She said in 1899, Pine Bluff ranked #4 in entrepreneurship for the nation behind New York, Richmond and South Carolina at the time.

The city was a melting pot of different businesses that were owned by diverse crowds.

Today, the city's business composition is 77% African American and Franco's role is to help make sure they know how to keep, maintain, and push the city forward.

"If you were an entrepreneur or you had an idea, you didn't really have space in the city where you could go and say what do I do next," Franco said.

Walton said that it's important efforts and history lessons such as this that people don't often know. She hopes that these peeks at history can help change the perception of her home.