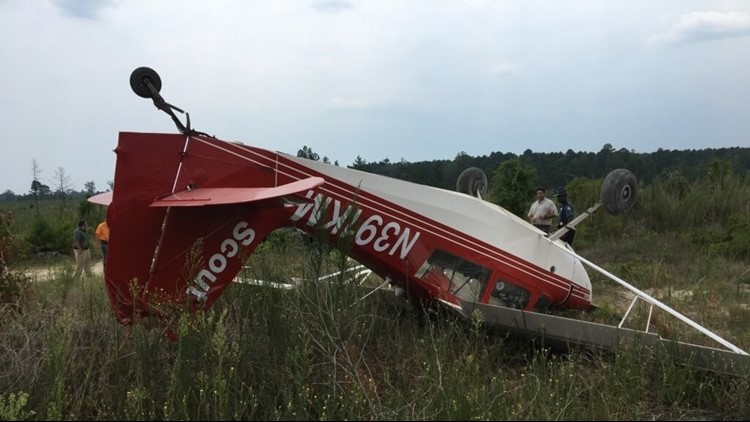 Plane flips in emergency attempt to land in Union County

UNION COUNTY, Ark. (KTHV) - About 1:10 p.m, a plane from Blues Air out of Cleveland, Mississippi had to make an emergency landing on a dirt road in a clearing in Union County.

It was just off of Highway 15 near the Louisiana State Line.

According to Union County Sheriff's Department Chief Deputy Charlie Phillips, the airline had been contracted to inspect pipe lines for leaks. Phillips said the plane forgot to fill up with gas before take off. Upon landing, the plane flipped, causing slight damage to the craft.

The two individuals on board suffered bumps and scrapes.